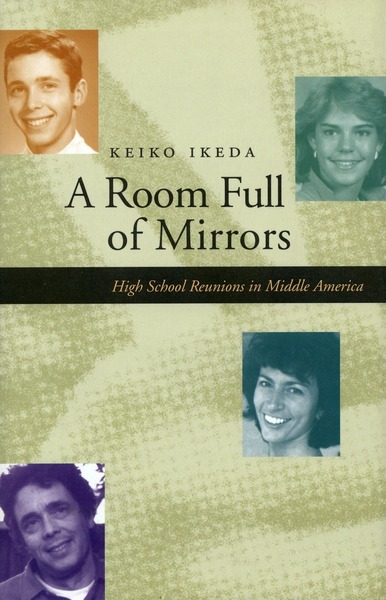 The high school reunion occurs throughout the United States and cuts across differences in age, locality, and ethnicity. This popular event is commonly thought of as a light-hearted social occasion or an exercise in nostalgia that has little other significance in the lives of its participants. Drawing on candid personal narratives derived from reunions ranging from the fifth to the fiftieth, this pathbreaking study demonstrates, however, that for many Americans the high school reunion is a rich and often poignant experience.

Of particular interest is the fact that this ethnographic study was conducted by a Japanese anthropologist trained in the United States, who offers a comparative perspective on high schools in the two countries. High schools serve very different social purposes in Japan and the United States, and the ways people in the two countries view their high school years differ accordingly.

The author examines the American high school reunion as a dramatic scene in the construction of self and meaning in adulthood. During the high school reunion, Americans are thrown into a room full of mirrors in which they are confronted by different visions of themselves. There they see images of their high school selves filtered through the lights and shadows cast by classmates’ memories and projected against the backdrop created by the lives of those classmates in the present day. Through an analysis of the multiple reflections of self that emerge during reunions, the author shows how reunions afford people an occasion on which to reevaluate their own memories and arrive at a new understanding of self. The American high school reunion thus provides participants with a series of self-perceptions from which they can construct new narratives of their own lives.

Keiko Ikeda is Associate Professor in the Graduate School of American Studies at Doshisha University, in Kyoto.

"Ikeda's book would fit well in an undergraduate course on the anthropology of America, as a text from which to raise questions about America."

"A Room Full of Mirrors takes on an important task in the study of American culture. As readers, we get an intimate view of two elements of high school culture [high school debate and high school reunions] that many Americans take for granted. Even in a world in which American culture sometimes seems omnipresent, some of its elements would remain a closed book if not for authors such as Ikeda."