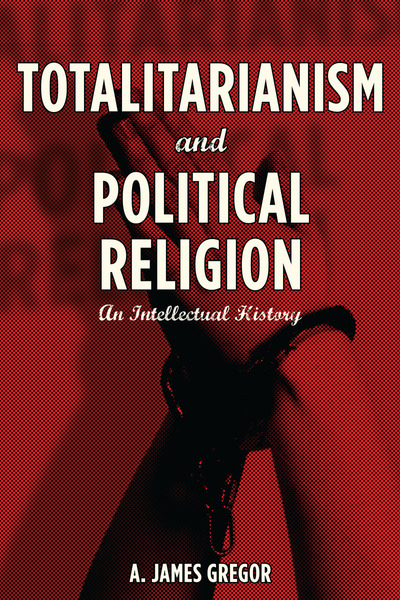 Totalitarianism and Political Religion
An Intellectual History
A. James Gregor

The totalitarian systems that arose in the twentieth century presented themselves as secular. Yet, as A. James Gregor argues in this book, they themselves functioned as religions. He presents an intellectual history of the rise of these political religions, tracing a set of ideas that include belief that a certain text contains impeccable truths; notions of infallible, charismatic leadership; and the promise of human redemption through strict obedience, selfless sacrifice, total dedication, and unremitting labor.

Gregor provides unique insight into the variants of Marxism, Fascism, and National Socialism that dominated our immediate past. He explores the seeds of totalitarianism as secular faith in the nineteenth-century ideologies of Ludwig Feuerbach, Moses Hess, Karl Marx, Friedrich Engels, Giuseppe Mazzini, and Richard Wagner. He follows the growth of those seeds as the twentieth century became host to Leninism and Stalinism, Italian Fascism, and German National Socialism—each a totalitarian institution and a political religion.

A. James Gregor is Professor Emeritus of Political Science at the University of California, Berkeley, and Adjunct Professor at the Marine Corps University at Quantico, Virginia. He is author of thirty books, most recently Marxism, Fascism, and Totalitarianism: Chapters in the Intellectual History of Radicalism (Stanford 2008).

"The current volume eloquently and persuasively charts the evolution of the intellectual ideas that animated the "political religions" (p. 5) of the totalitarian systems of the twentieth century . . . Gregor's argument is deployed step-by-step and chronologically through two centuries of intellectual thought in measured and accretive fashion . . . This is must reading for anyone interested in modern European history, modern authoritarian systems, and the intellectual roots of the carnage of the last century."

"A. James Gregor has, for half a century, been one of the major makers and shapers of the discipline of comparative fascism . . . Gregor has produced an engaging, thoughtful, and very readable interpretation of the emergence and rise of Marxism, Leninism, fascism, Nazism, Maoism, and the ideology of the Khmer Rouge . . . Rich in detail, this book can be wholeheartedly recommended to anybody interested in the history of modern radically anti-liberal thought, and those ideologies that informed human history's most murderous regimes."

"A. James Gregor is indisputably the foremost authority on totalitarian philosophy and practice in the English-speaking world (at least). This magisterial book will add to that reputation: there are few scholars, if any, who could produce a work of such panoramic sweep. Further, Gregor makes the most imaginative linkages between ideas and phenomena that previously might have seemed unrelated. His provocative insights will attract much attention."

"In this impressive work of scholarship A. James Gregor shows that the totalitarian twins, communism and fascism, are not at all what they claim to be—secular and atheistic ideologies—but thinly disguised 'political religions' arising from their common source in the militant intellectual milieu that Marxism engendered." 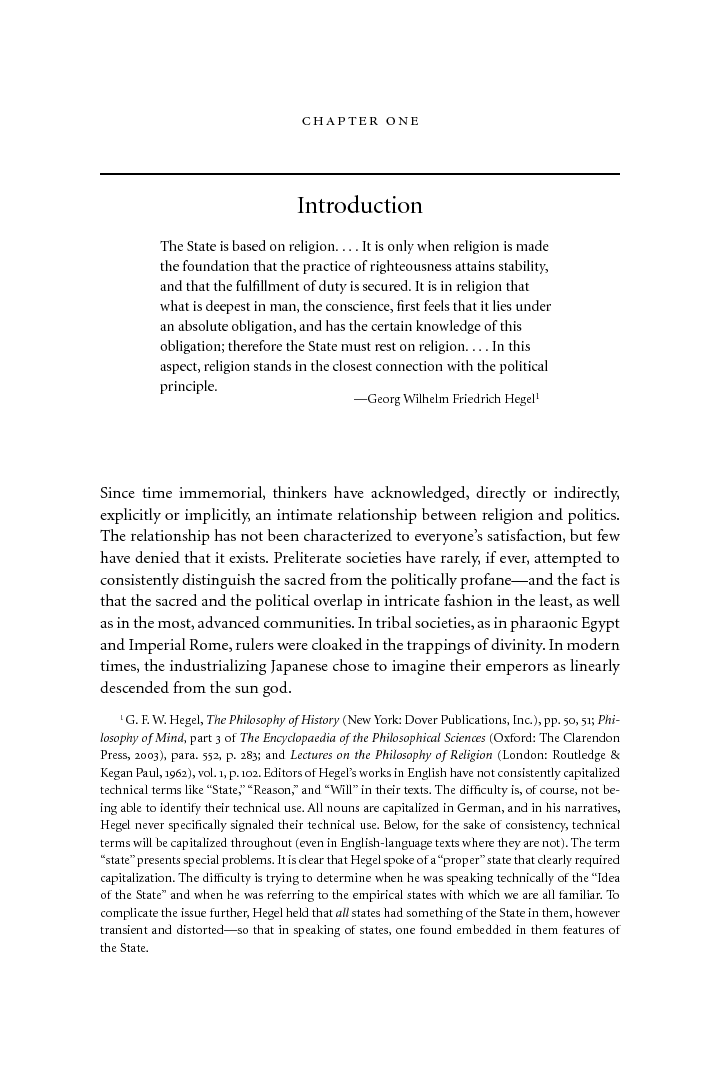 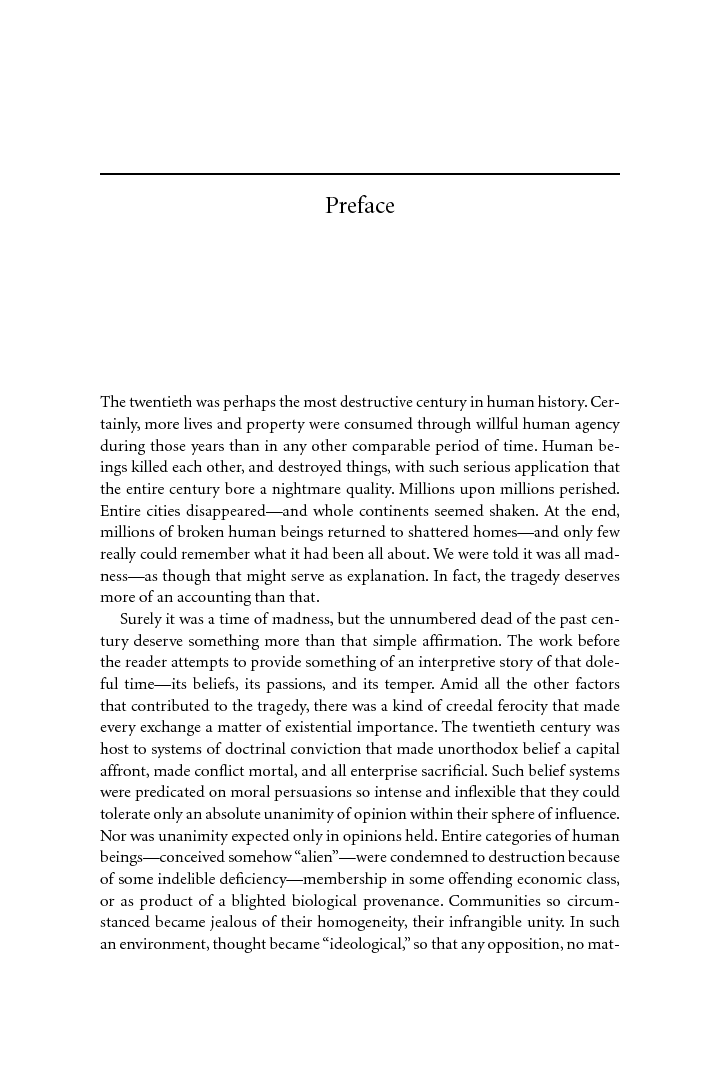 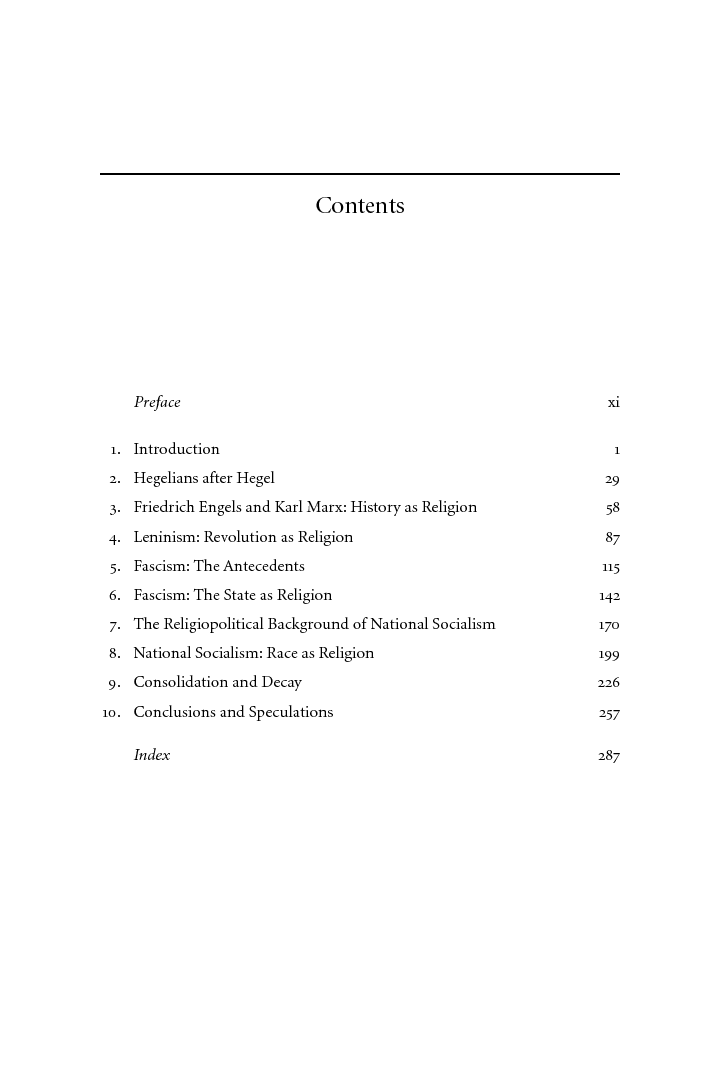