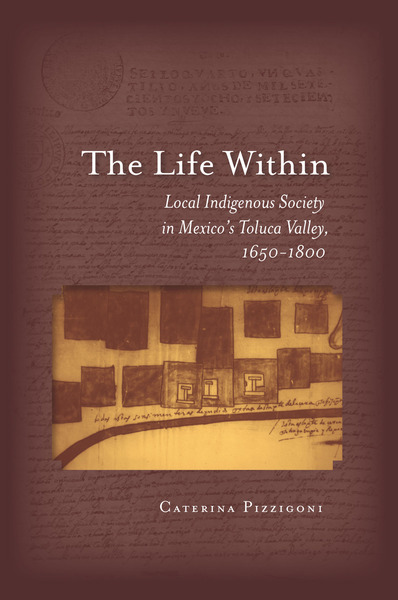 The Life Within provides a social and cultural history of the indigenous people of a region of central Mexico in the later colonial period—as told through documents in Nahuatl and Spanish. It views the indigenous world from the inside out, focusing first on the household—buildings, lots, household saints—and expanding outward toward the householders and the greater community. The internal focus of this book provides a comprehensive picture of indigenous society, exploring the categories by which people are identified, their interactions, their activities, and the aspects of the local corporations that manifest themselves in household life.

Pizzigoni brings indigenous-language social history into the later colonial period, whereas the emphasis until now has fallen heavily on the earlier phase. The late seventeenth and eighteenth centuries emerge as a dynamic time that saw, along with cultural persistence, many new adaptations and creations. Covering a period of over a century and a half, this study goes beyond a monolithic treatment of the region to introduce for the first time a systematic analysis of subregional variation in vocabulary and real-life phenomena, showing how, within larger regional trends, each tiniest community of the Toluca Valley retained markers of its individuality.

Caterina Pizzigoni is Associate Professor in the department of History at Columbia University. She has published Testaments of Toluca (Stanford University Press, 2007), and articles in Ethnohistory and the Colonial Latin American Review, as well as in various anthologies.

"The Life Within offers a fine-grained study of indigenous life in Mexico's Toluca region from the mid seventeenth century to the end of the eighteenth century. As the book's title emphasizes, the focus is on local communities and what life was like in them. Indeed, one of the strengths of this work is that the region is not uncritically glossed as a uniform whole. Towns, households, and even individuals appear as distinct entities . . . Pizzigoni succeeds in illuminating a range of aspects of indigenous life in the rural Toluca valley and in making comparisons among those aspects."

"Analyzing more than 200 testamentary documents, Pizzigoni chronicles what Nahua homes looked like, who lived within them, and how indigenous households regulated their property and kinship connections. It is a fascinating portrait of daily life in an area that held firmly onto its Nahua traditions, while also incorporating certain aspects of Spanish imperialism. Her work provides vivid and detailed explorations of Nahua household practices in a period often overlooked in the history of Spanish colonization in Mexico."

"The book is rooted in painstaking research, the corpus of wills already mentioned as well as legal cases—civil and religious—concerning land, marriage, and family relations, and makes ample use of Pizzigoni's outstanding translation skills. It advances the argument that indigenous society should be understood from 'the inside out,' beginning at the household level and then looking at the larger community and region."

"The research for this book was clearly painstaking and the author's command of the details that made up the lives of the people of the Toluca Valley is impressive. Pizzigoni excels at minutiae and meticulous analysis . . . [T]his fine book adds to knowledge of indigenous society and provides an excellent example of the kind of information to be gleaned from a detailed analysis of testaments."

"This study builds on Caterina Pizzigoni's previous book, Testaments of Toluca, to present a full discussion of Nahua society and sub-regional variation in the Toluca valley of central Mexico . . . [A] detailed and well-documented description of local indigenous society, its variants, and people in a key region of central Mexico in the later colonial period."

"A substantial expansion of her earlier work on indigenous-language testaments of Toluca, Caterina Pizzigoni's new book makes an important contribution to the historiography of colonial Mexico . . . [Pizzigoni] provides here an in-depth analysis of 220 testaments and additional related documents that shed refreshing new light on the daily lives of indigenous people in the Toluca Valley."

"This is a highly accomplished study that adds welcome texture to an already advanced understanding of indigenous village life outside the domestic sphere."

"This remarkable book builds on all that has gone before in studies of the Nahuatl-speaking indigenous peoples of colonial Mexico, yet it also breaks new ground. If the field has concentrated on the earlier period, this book focuses on the late seventeenth and eighteenth centuries. If much of the prior work has centered on the corporate arena, this book focuses on the household, on actual people in real situations, with gender analysis at the very center. It uses the largest corpus of Nahuatl wills yet brought to bear on a single study and at the same time has few equals in combining Nahuatl sources with Spanish ones. It is, in short, a tour de force."

"Packed with new dimensions, approaches, and findings, the book will find its place among the monuments of early Latin American history and ethnohistory."

—James Lockhart, Author of The Nahuas after the Conquest 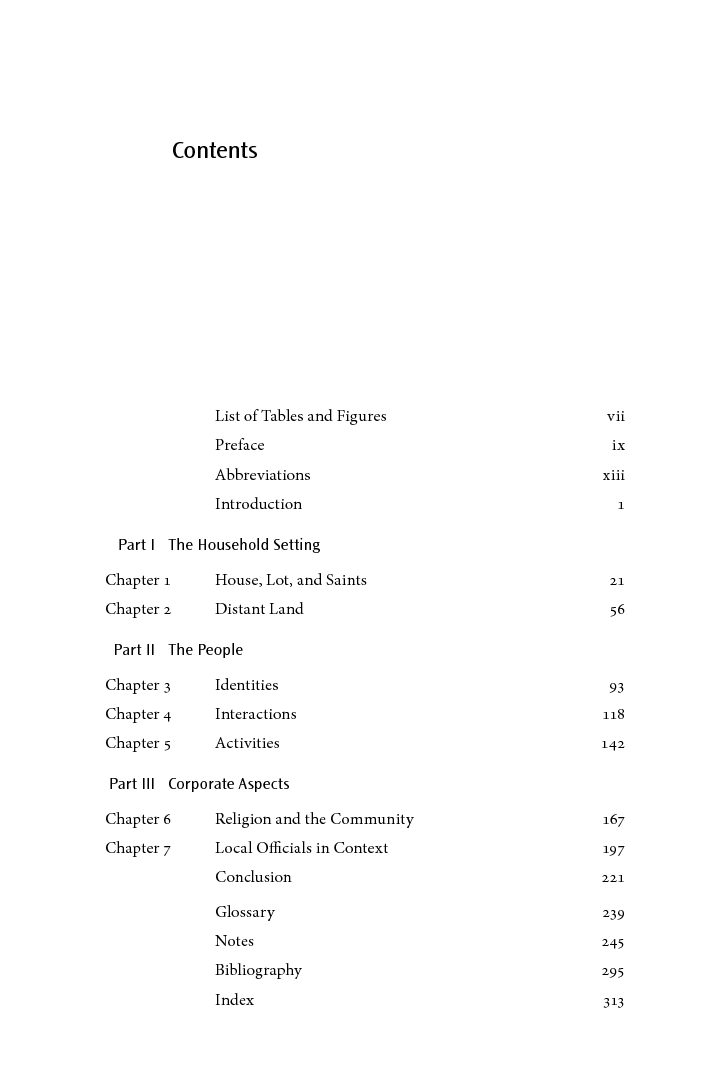 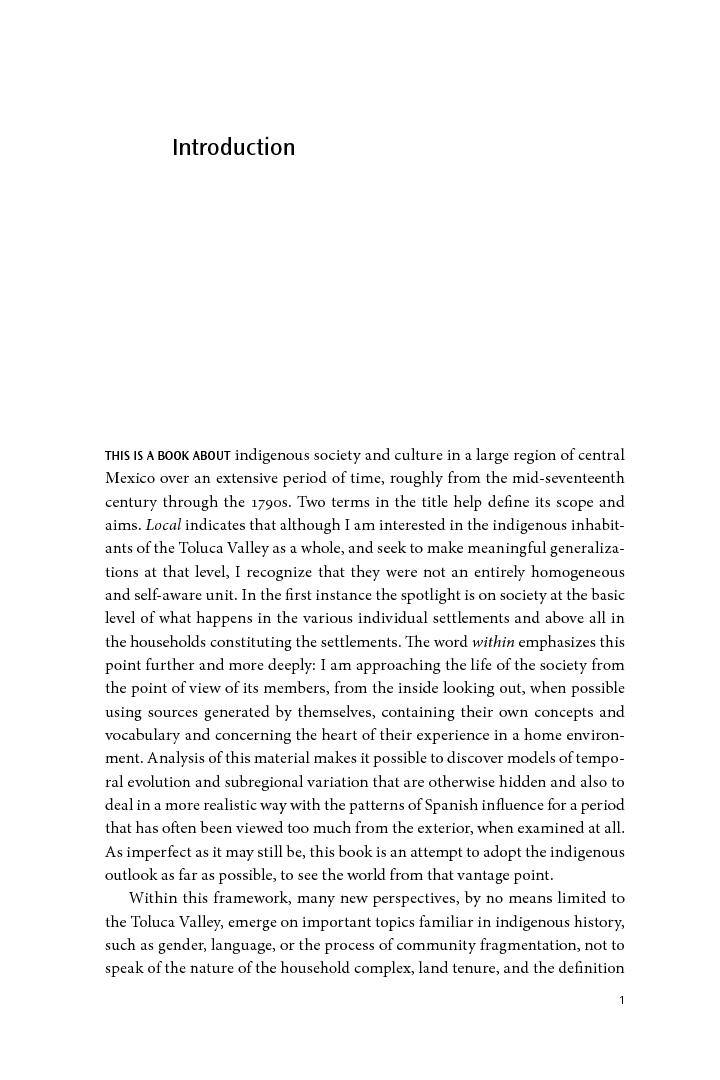 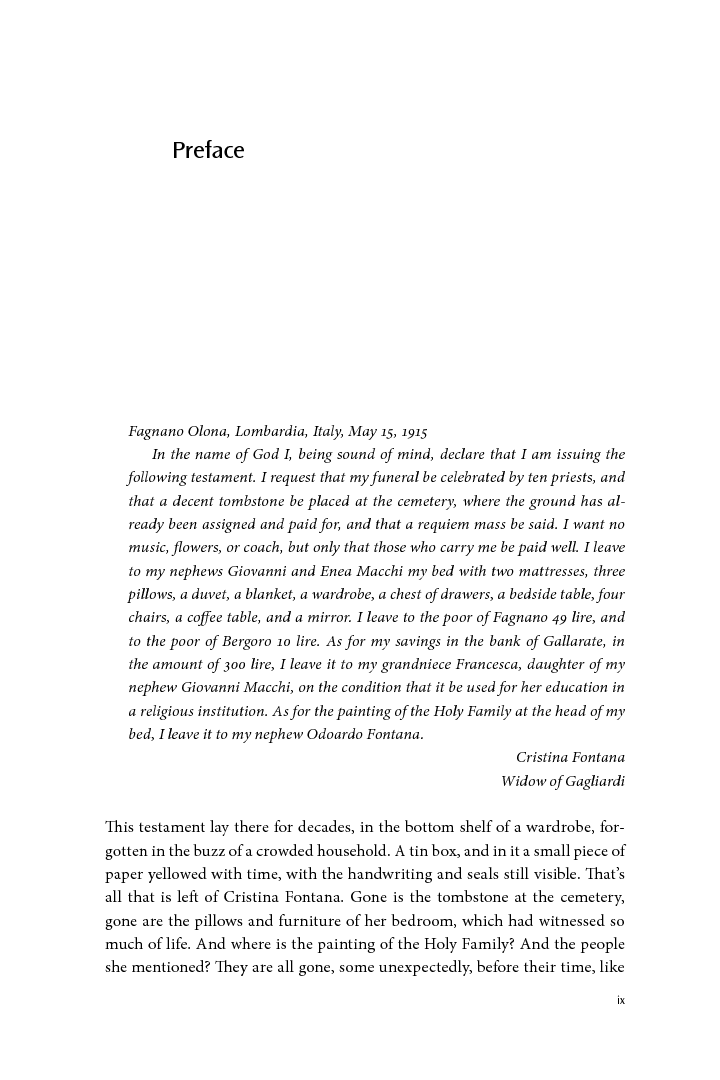 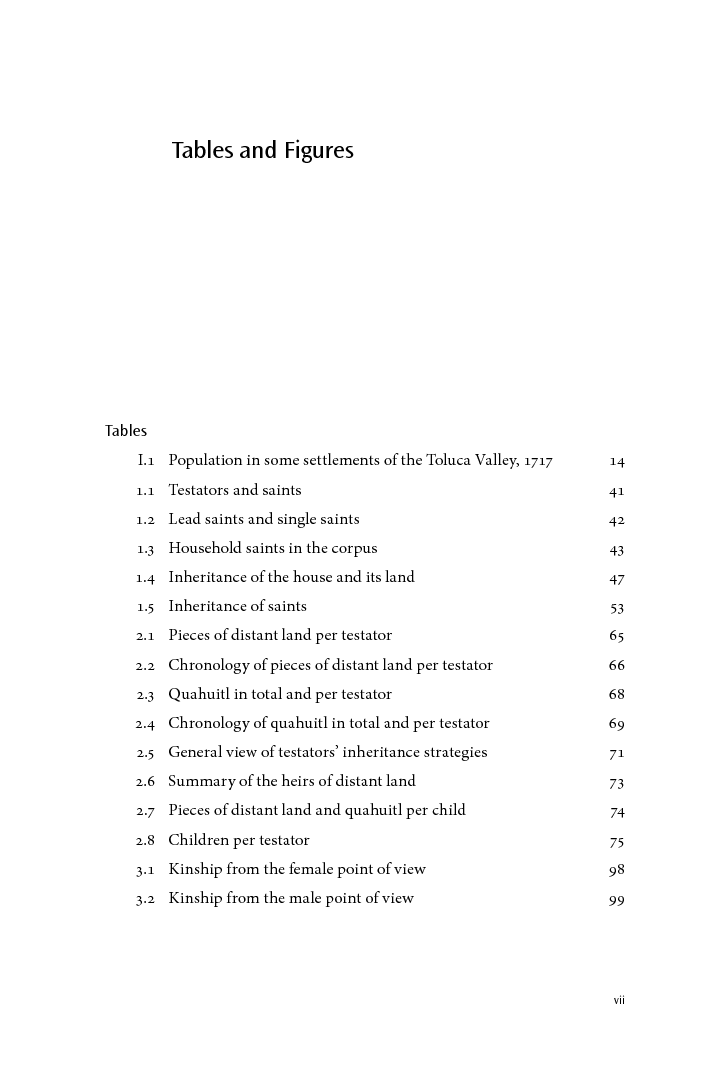