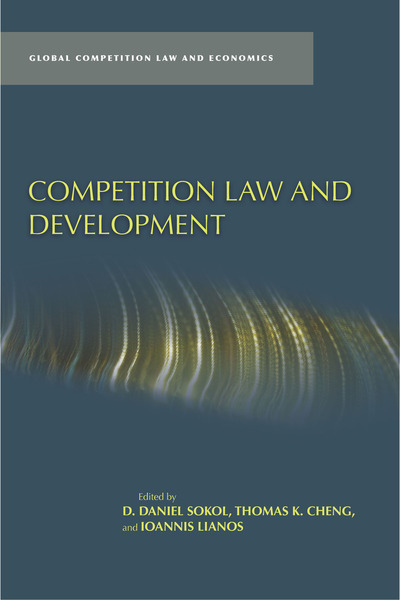 The vast majority of the countries in the world are developing countries—there are only thirty-four OECD (Organisation for Economic Co-operation and Development) countries—and yet there is a serious dearth of attention to developing countries in the international and comparative law scholarship, which has been preoccupied with the United States and the European Union. Competition Law and Development investigates whether or not the competition law and policy transplanted from Europe and the United States can be successfully implemented in the developing world or whether the developing-world experience suggests a need for a different analytical framework. The political and economic environment of developing countries often differs significantly from that of developed countries in ways that may have serious implications for competition law enforcement.

The need to devote greater attention to developing countries is also justified by the changing global economic reality in which developing countries—especially China, India, and Brazil—have emerged as economic powerhouses. Together with Russia, the so-called BRIC countries have accounted for thirty percent of global economic growth since the term was coined in 2001. In this sense, developing countries deserve more attention not because of any justifiable differences from developed countries in competition law enforcement, either in theoretical or practical terms, but because of their sheer economic heft. This book, the second in the Global Competition Law and Economics series, provides a number of viewpoints of what competition law and policy mean both in theory and practice in a development context.

D. Daniel Sokol is Associate Professor of Law at the University of Florida Levin College of Law.

Thomas K. Cheng is Assistant Professor of Law at the University of Hong Kong.

Ioannis Lianos is the City Solicitors' Trust Reader in Competition and European Union Law at the Faculty of Laws, University College London.

"GLCL is a successful collective effort to explain the depth needed in antitrust."

"This timely volume brings together leading economic and legal scholars to address the question of how competition policy shapes economic development. Whether one is market-oriented or more interventionist, there is much to learn from this book, which will undoubtedly spark debate and research." 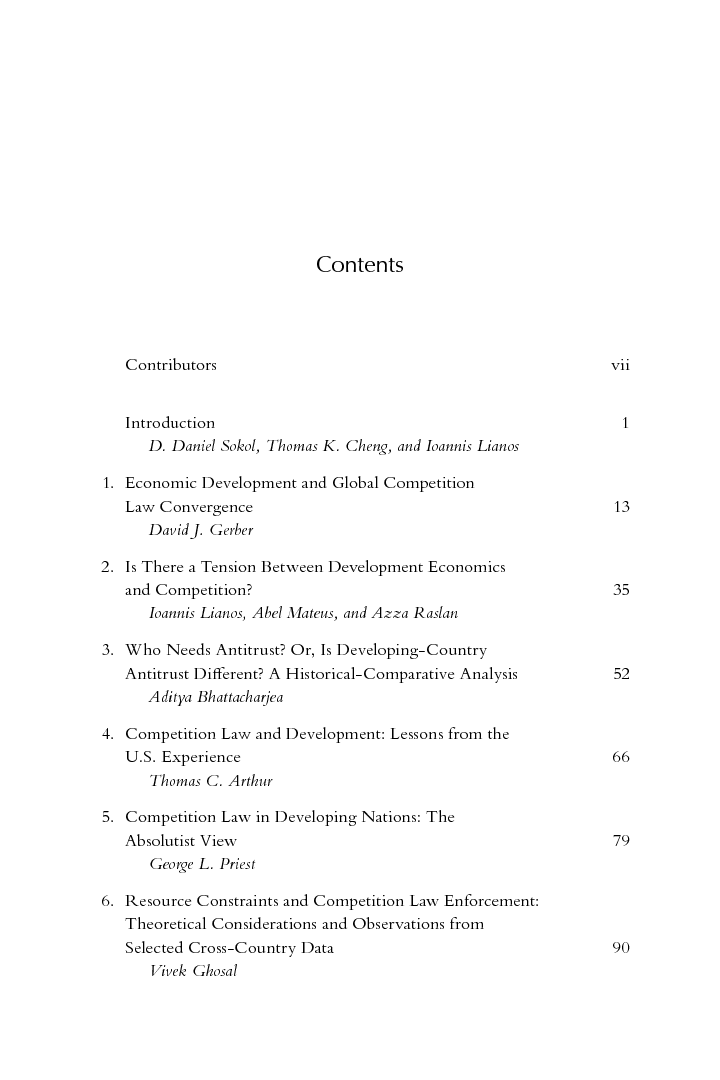 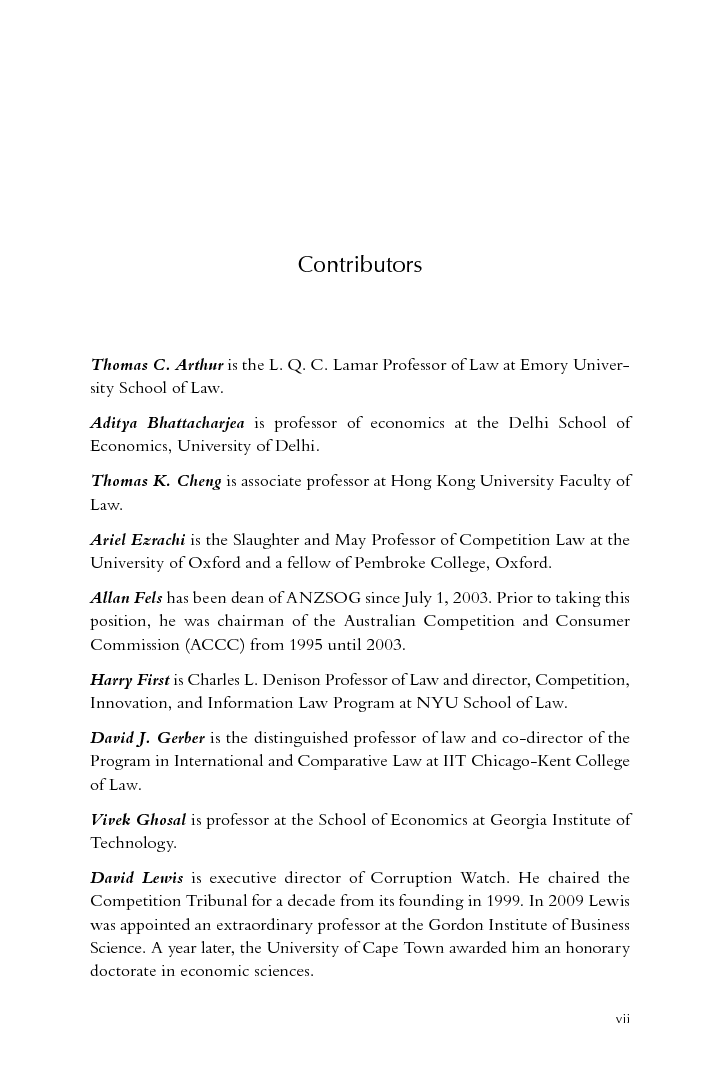 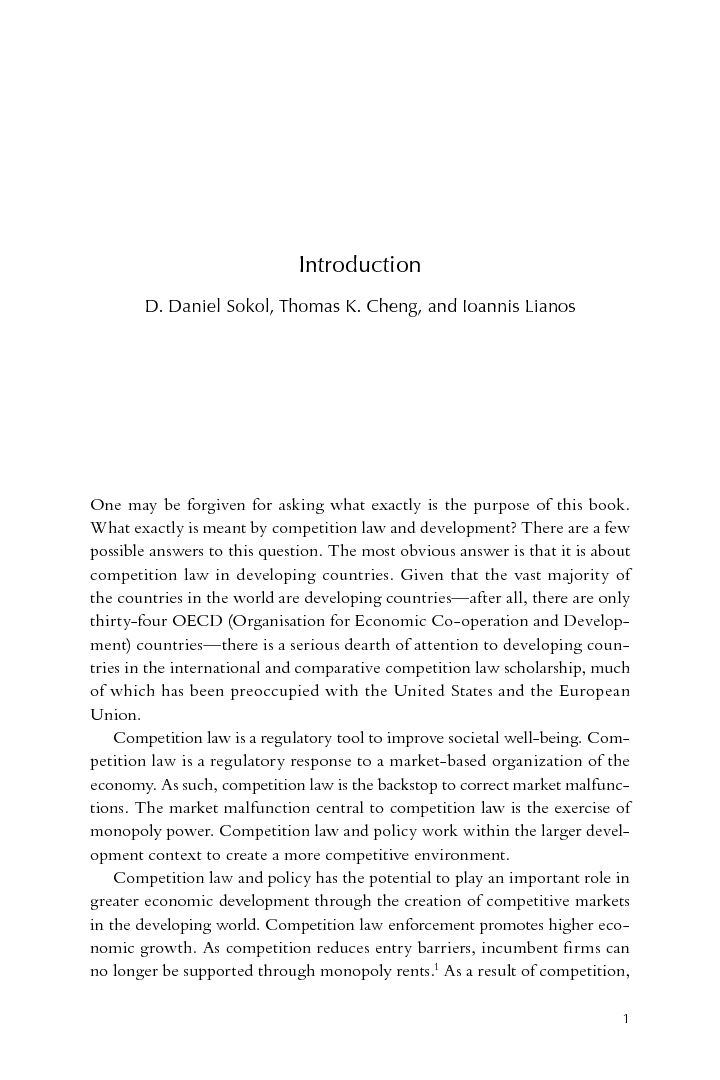