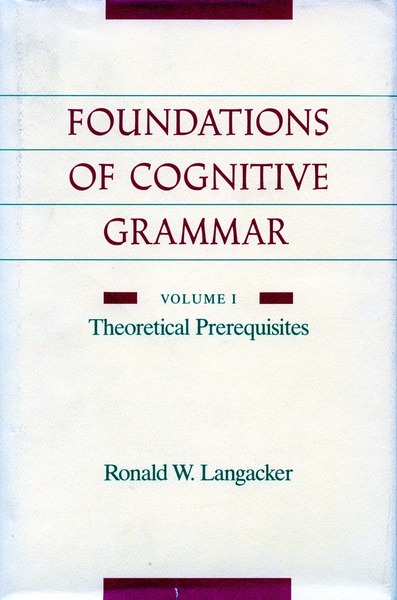 This is the first volume of a two-volume work that introduces a new and fundamentally different conception of language structure and linguistic investigation. The central claim of cognitive grammar is that grammar forms a continuum with lexicon and is fully describable in terms of symbolic units (i.e. form-meaning pairings). In contrast to current orthodoxy, the author argues that grammar is not autonomous with respect to semantics, but rather reduces to patterns for the structuring and symbolization of conceptual content.

Ronald W. Langacker is Professor of Linguistics at the University of California, San Diego. He is the author or editor of several books on linguistics.

"It represents important changes in the thrust of linguistic approaches to language . . . It is rich, full, and thought-provoking . . . The issues it raises are significant and will be much debated in the future."

"It is impossible within the limits of a review to discuss, or even do justice to, the wealth of information and genuine insights that the book contains . . . Let us look forward to seeing the continuation of this promising approach to language. Langacker has written a highly stimulating first part; it will be exciting to see the sequel."

"Understanding Langacker's grammar is made easier by the fact that, instead of using mathematical formalisms to prove his points, he uses common knowledge of language to persuade the reader . . . The book is valuable for several factors in addition to its clarification of grammar. The insights into verbal thought and meaning are prime reasons for recommending the book to the semantically inclined."