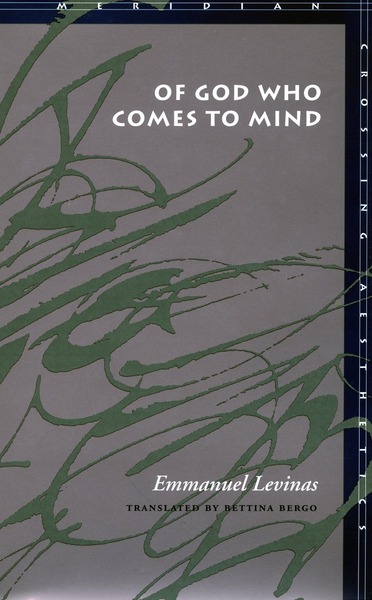 The thirteen essays collected in this volume investigate the possibility that the word "God" can be understood now, at the end of the twentieth century, in a meaningful way. Nine of the essays appear in English translation for the first time.

Among Levinas's writings, this volume distinguishes itself, both for students of his thought and for a wider audience, by the range of issues it addresses. Levinas not only rehearses the ethical themes that have led him to be regarded as one of the most original thinkers working out of the phenomenological tradition, but he also takes up philosophical questions concerning politics, language, and religion. The volume situates his thought in a broader intellectual context than have his previous works. In these essays, alongside the detailed investigations of Husserl, Heidegger, Rosenzweig, and Buber that characterize all his writings, Levinas also addresses the thought of Kierkegaard, Marx, Bloch, and Derrida.

Some essays provide lucid expositions not available elsewhere to key areas of Levinas's thought. "God and Philosophy" is perhaps the single most important text for understanding Levinas and is in many respects the best introduction to his works. "From Consciousness to Wakefulness" illuminates Levinas's relation to Husserl and thus to phenomenology, which is always his starting point, even if he never abides by the limits it imposes. In "The Thinking of Being and the Question of the Other," Levinas not only addresses Derrida's Speech and Phenomenon but also develops an answer to the later Heidegger's account of the history of Being by suggesting another way of reading that history.

Among the other topics examined in the essays are the Marxist concept of ideology, death, hermeneutics, the concept of evil, the philosophy of dialogue, the relation of language to the Other, and the acts of communication and mutual understanding.

"This relatively small volume of essays offers an ideal introduction to the gist of his profound and stimulating thought and illustrates how Levinas deals with life and death issues." 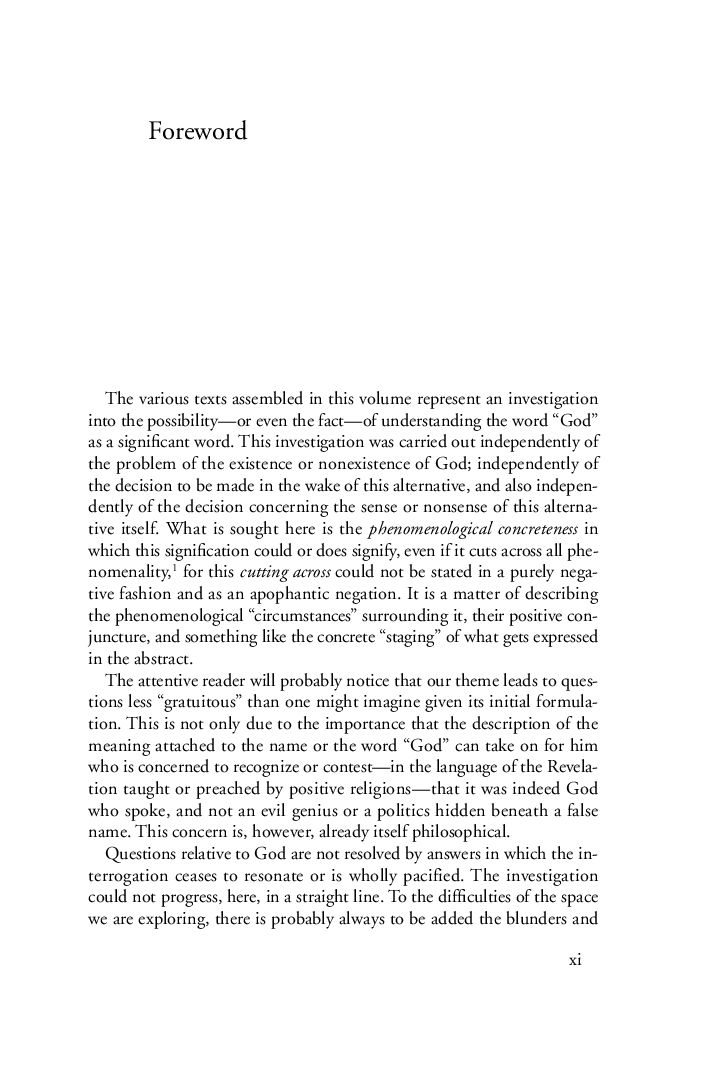 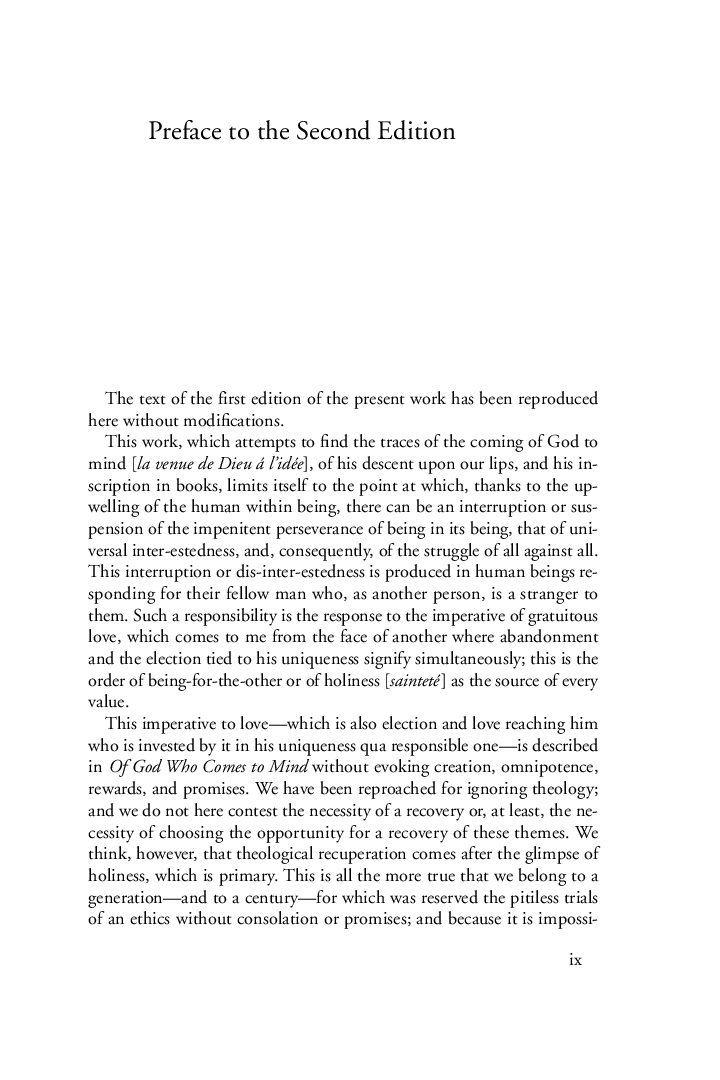 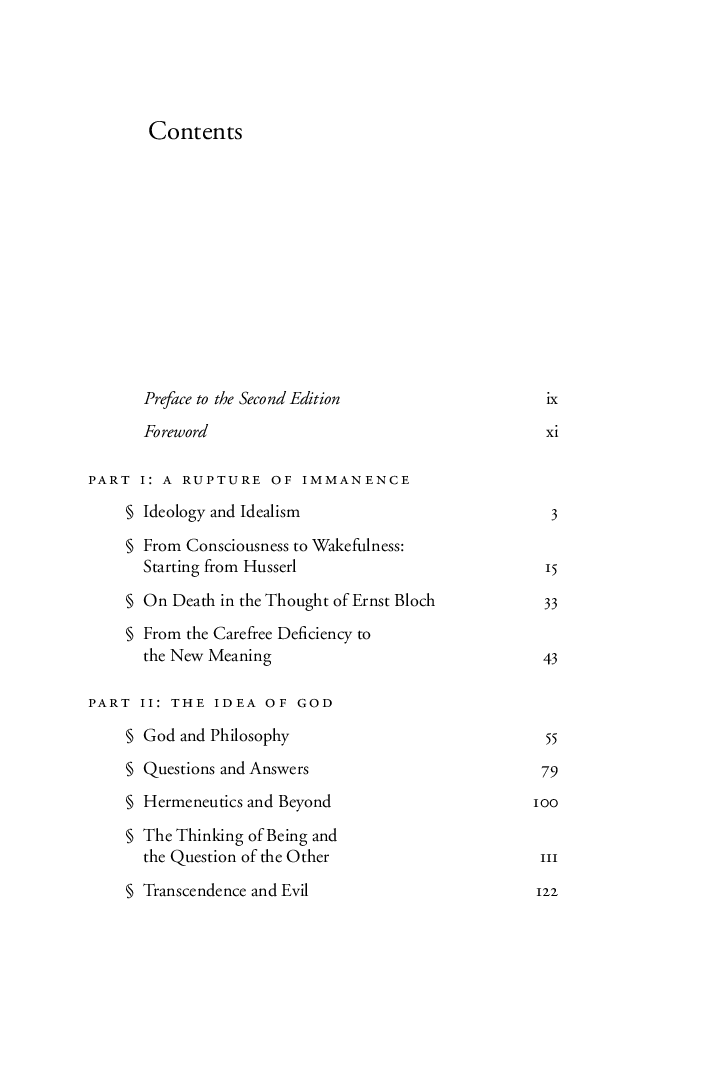