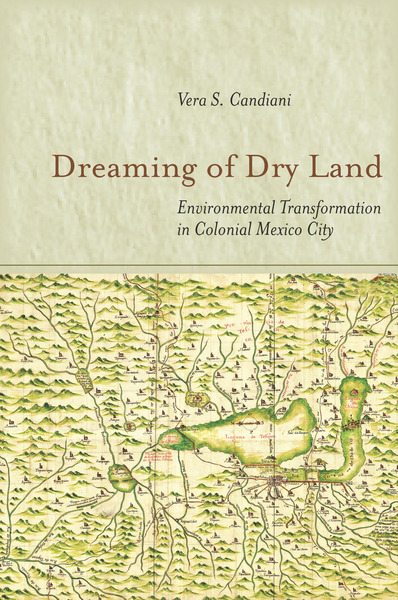 Not long after the conquest, the City of Mexico's rise to become the crown jewel in the Spanish empire was compromised by the lakes that surrounded it. Their increasing propensity to overflow destroyed wealth and alarmed urban elites, who responded with what would become the most transformative and protracted drainage project in the early modern America—the Desagüe de Huehuetoca. Hundreds of technicians, thousands of indigenous workers, and millions of pesos were marshaled to realize a complex system of canals, tunnels, dams, floodgates, and reservoirs.

Vera S. Candiani's Dreaming of Dry Land weaves a narrative that describes what colonization was and looked like on the ground, and how it affected land, water, biota, humans, and the relationship among them, to explain the origins of our built and unbuilt landscapes. Connecting multiple historiographical traditions—history of science and technology, environmental history, social history, and Atlantic history—Candiani proposes that colonization was a class, not an ethnic or nation-based phenomenon, occurring simultaneously on both sides of an Atlantic, where state-building and empire-building were intertwined.

Born in Argentina, Vera S. Candiani is a historian of colonial Latin America who specializes in the confluence of history of technology, environmental history, and social history. She teaches at Princeton University.

"By placing class and nature at the center of her analysis, [Candiani] brings to light the complex interactions of social relations, class priorities, and knowledge making embedded in the design and conceptualization of the Desagüe. Furthermore, by placing human agency at the center of an environmental history of the Desagüe de Huehuetoca, Candiani's work bring fresh perspective to anyone interested in the relationship between colonialism, environmental governance, landscape transformation, and knowledge production."

"A comprehensive study of the Desagüe de Huehuetoca, [...], has nonetheless long remained a gap in [...] literature. Vera S. Candiani has now filled it with an innovative study . . . Candiani weaves the whole into a narrative alive with individuals who range from friars, viceroys, and engineers to native laborer, foremen, and local officials."

"In this original study, Vera S. Candiani challenges us to take a fresh look at the Desagüe, the two-century long Spanish endeavor to subdue the lacustrine environment around colonial Mexico City . . . Dreaming of Dry Land is an impressive piece of scholarship that is likely to attract scholarly attention for some time."

"Dreaming of Dry Land is obviously the culmination of extensive archival research in Mexico and Spain. Equally important, it is rooted in a deep appreciation and understanding of the Basin of Mexico's hydrologic environment. In this regard, Candiani distinguishes herself as one of the best environmental scholars among historians."

"This ambitious and original study traces the history of an important engineering and environmental project in the area surrounding Mexico City during the Spanish colonial period. The author 'decolonizes' historical (mis)understandings of the Desagüe and, in the process, pushes back against narratives of progress and advancement that tend to come with looking at scientific change over time. The work succeeds admirably."

"Candiani traces in detail the engineering and construction challenges of this pharaonic project, and the human decisions, rather than the natural conditions or technical constraints, primarily accounting for the history of the Desagüe. A stellar work in the historiography of early modern science and technology, Mexico, and the micro-physics of Spanish imperial rule."

"A combination of environmental history, social history, and the history of science, the book skillfully traces the motivations, planning, execution, and legacies of the massive misadventure in civil and environmental engineering known simply as the "Desage": the ongoing project, begun in 1604, to prevent flooding by desiccating the Basin of Mexico...By approaching the Desage from the ground up, the author reveals its true complexity and multilaterality,"

"Dreaming of Dry Land is extremely well researched and well written. It is a provocative and cogent reinterpretation of one of the early modern world's most magnificent public works projects." 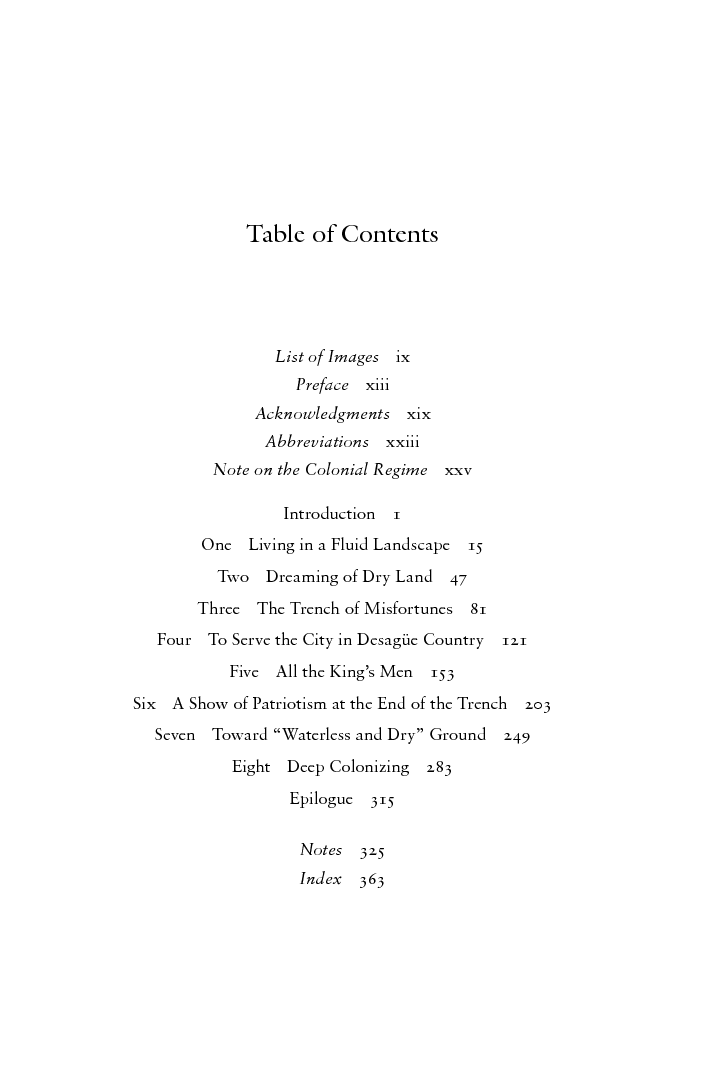 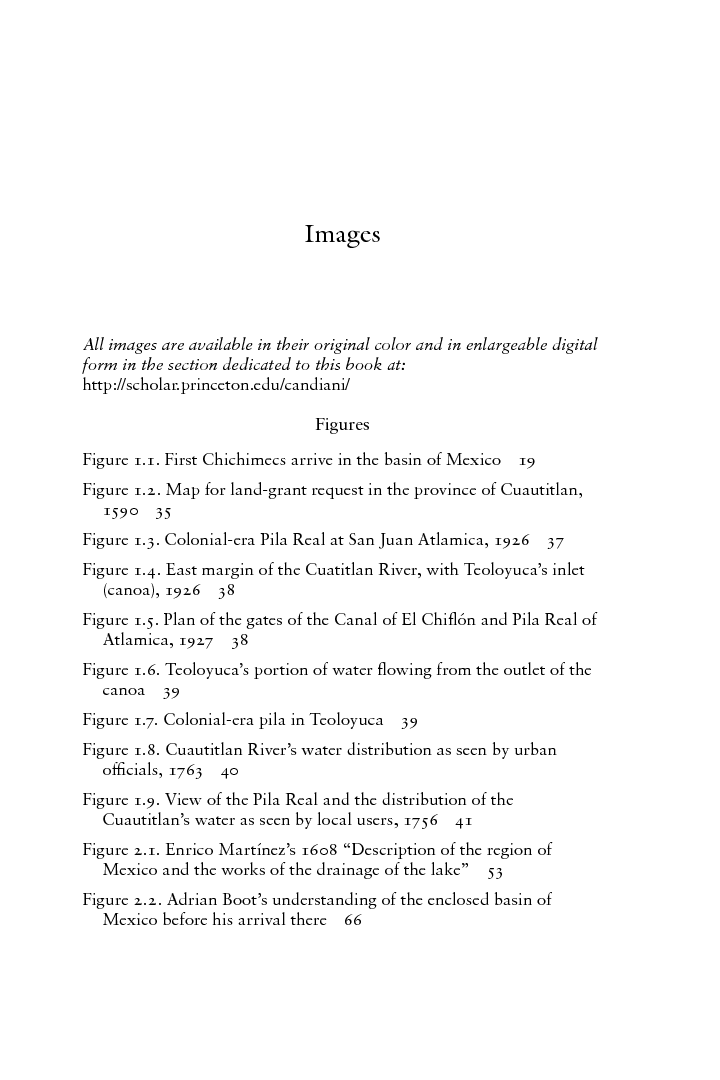 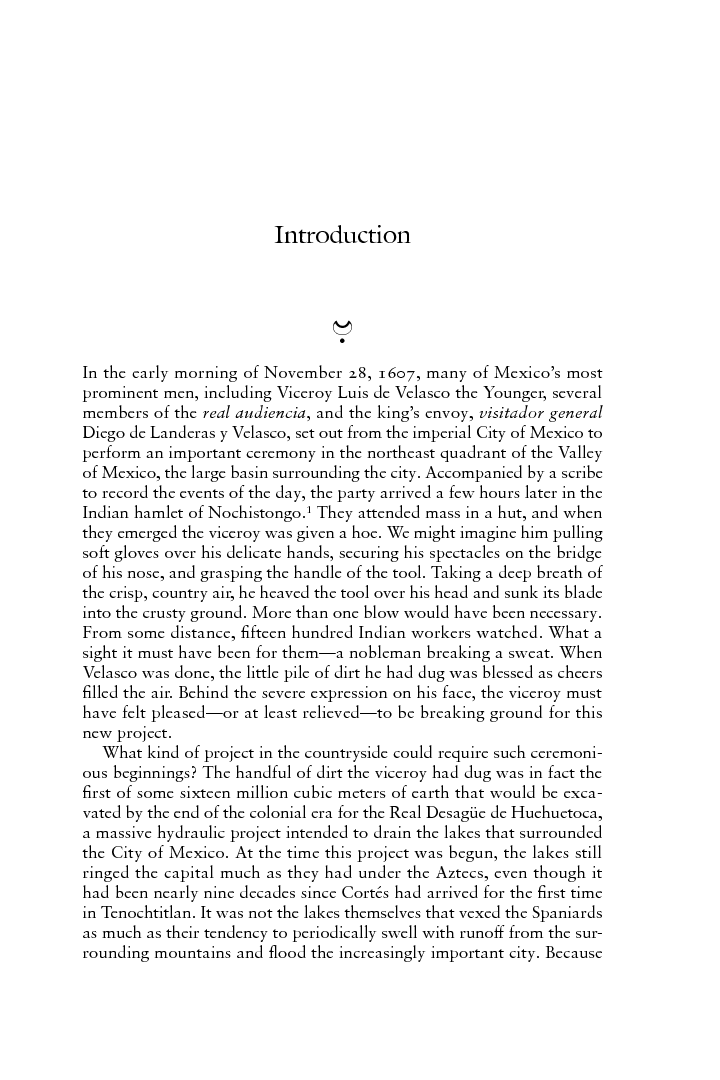 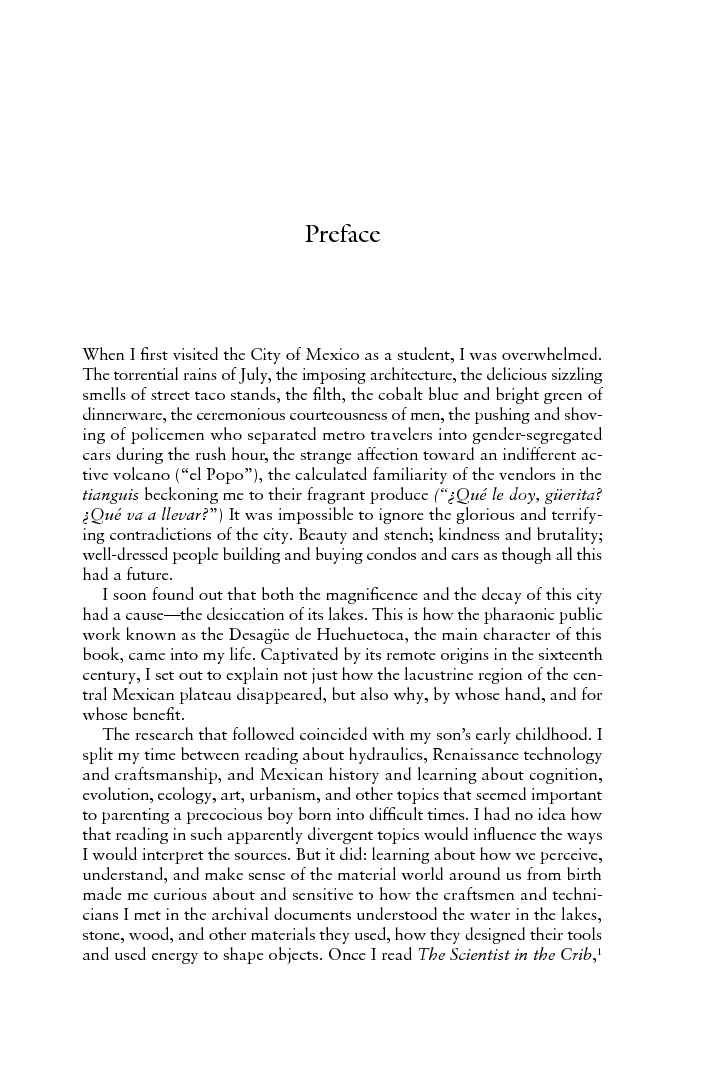