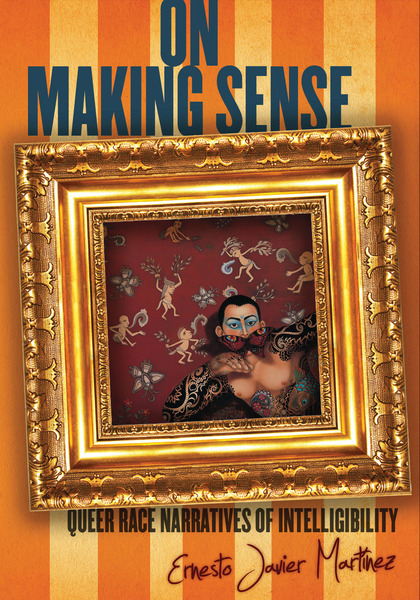 On Making Sense juxtaposes texts produced by black, Latino, and Asian queer writers and artists to understand how knowledge is acquired and produced in contexts of racial and gender oppression. From James Baldwin's 1960s novel Another Country to Margaret Cho's turn-of-the-century stand-up comedy, these works all exhibit a preoccupation with intelligibility, or the labor of making sense of oneself and of making sense to others. In their efforts to "make sense," these writers and artists argue against merely being accepted by society on society's terms, but articulate a desire to confront epistemic injustice—an injustice that affects people in their capacity as knowers and as communities worthy of being known.

The book speaks directly to critical developments in feminist and queer studies, including the growing ambivalence to antirealist theories of identity and knowledge. In so doing, it draws on decolonial and realist theory to offer a new framework to understand queer writers and artists of color as dynamic social theorists.

Ernesto Javier Martínez is an Assistant Professor of Women's and Gender Studies and of Ethnic Studies at the University of Oregon. He is the co-editor of Gay Latino Studies: A Critical Reader (2011).

"On the whole, Ernesto Javier Martinez's book makes a salient point that will warm the hearts and raise the hopes of a wide range of audiences, beginning with constituencies in the global north invested in decolonializing justice as idea and practice, and including constituencies of resistance to hegemonic and/or imperializing theories anywhere in the global south. The aforesaid point - namely that a realist turn in theories of experience and subjectivity decolonizes their subjects, who might especially be queer and persons of color - is refreshing and salutary, after decades of captivity in post-modern and poststructuralist theory."

"I submit that it is both brilliant and as near to flawless as I can imagine a book to be. It is a book that is both theoretical and pedagogical in the most generous sense of both terms for it refuses to shy away from the thorny, complex theoretical problems of identity while remaining crystal clear in its assertions . . . It is, in my modest estimation, hard not to walk away from this book without having learned something substantial about the flawed social world we inhabit and the need to continue to address the misguided logic upon which it has been built and rebuilt. I can envision this book having an impact on the work of scholars of race and sexuality, but also on classrooms of graduate and even undergraduate students."

"Martinez's unique approach to the politics of identity makes his project markedly refreshing and indispensable in its goal to responsibly make sense of experience in struggles for social justice . . . It is quite clear that queer of color critique has an important new interlocutor in Ernesto J. Martínez. Anyone invested in moving the enterprise forward would be remiss to overlook On Making Sense for how it endeavors to make sense in crucial and responsible ways."

"In this innovative book, Martínez reads literary texts and performances by queer Latina/o and Asian American writers and artists to reveal them confronting the historical and present injustice of their having been denied the capacity to know and be known. . . . This book moves cultural theory forward a step toward enabling material changes in oppressive social structures. . . . Recommended."

"In trenchant and often inspired readings, Ernesto Martínez boldly critiques the ways that the work of queers of color are often mis-read and roughly handled by practitioners of Queer Theory. While recommitting himself to progressive 'Queer' intellectual practice, Martínez vigorously resists 'de-socialized,' 'dis-embodied' tendencies within the increasingly institutionalized and scholastic practice of Queer Studies. On Making Sense represents nothing less than a much needed generational shift in the practice of Queer Studies itself."

"On Making Sense takes queer work on epistemology in a bold new direction. In deft readings of literary and cultural texts, Martínez demonstrates just how urgent the task of making sense—of one's life and to others—is for minoritized subjects. Considering this 'need to know' among queer people of color alongside broad questions of identity, consciousness, and ideology, Martinez reminds us of the vital stakes of our knowledge-projects."

"Through nuanced, eloquent, and accessible close textual analyses that are thoughtfully situated in relation to key critics (particularly those in Latina/o literary studies), On Making Sense unearths new insights into literary narratives of queer people of color in the United States, from the ways that less obvious spatial logics organize knowledge to the political potential of community members' and outsiders' perspectives on queer subjects for creating solidarity across difference." 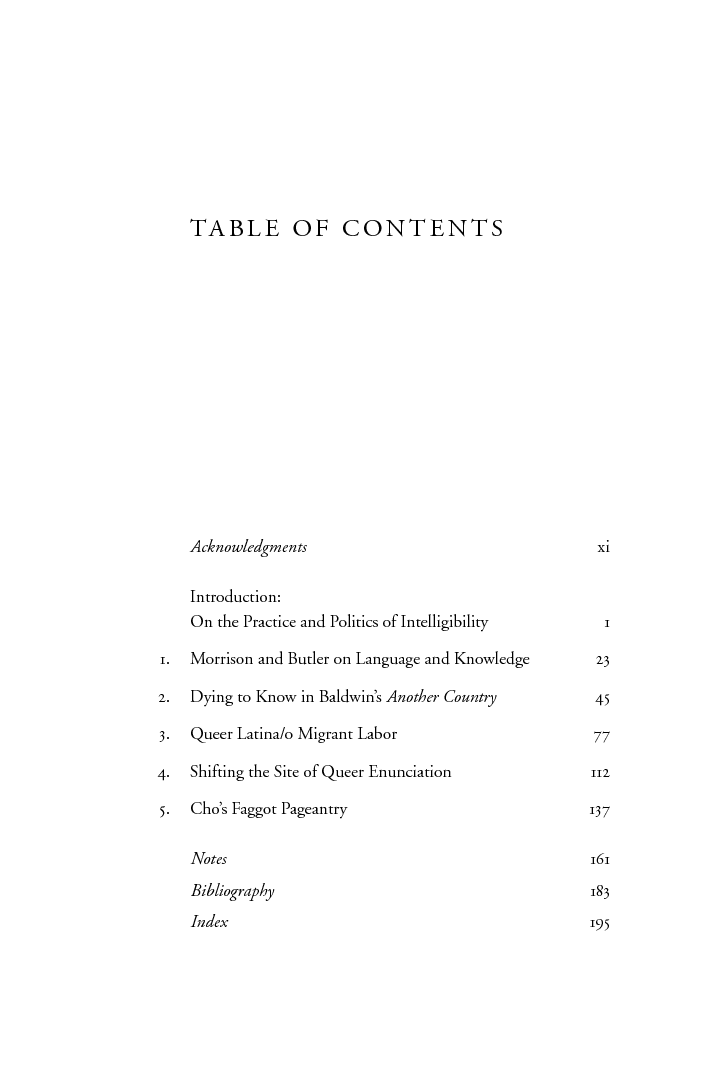 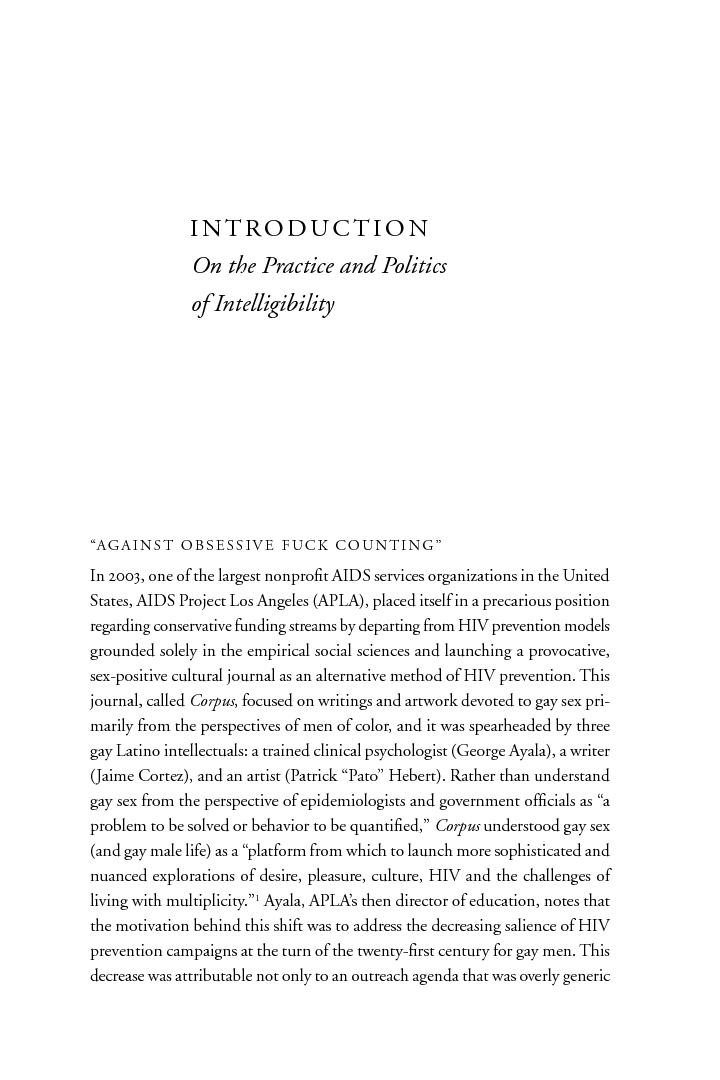