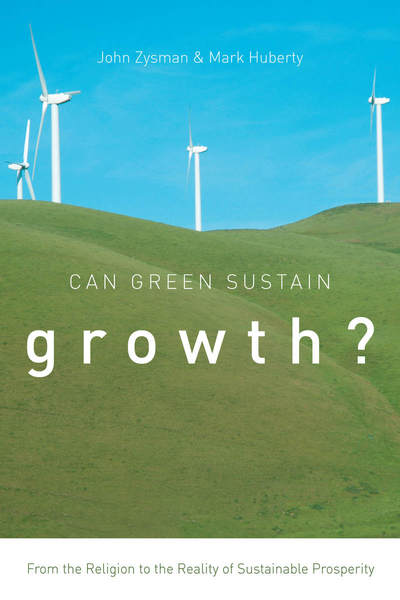 Can Green Sustain Growth?
From the Religion to the Reality of Sustainable Prosperity
John Zysman and Mark Huberty
SERIES: Innovation and Technology in the World Economy

Green growth has proven to be politically popular, but economically elusive. Can Green Sustain Growth? asks how we can move from theoretical support to implementation, and argues that this leap will require radical experimentation. But systemic change is costly, and a sweeping shift cannot be accomplished without political support, not to mention large-scale cooperation between business and government.

Insightful and timely, this book brings together eight original, international case studies to consider what we can learn from the implementation of green growth strategies to date. This analysis reveals that coalitions for green experimentation emerge and survive when they link climate solutions to specific problems with near-term benefits that appeal to both environmental and industrial interests. Based on these findings, the volume delivers concrete policy recommendations for the next steps in the necessary shift toward sustainable prosperity.

John Zysman is Professor of Political Science at the University of California, Berkeley, where he also serves as Co-Director of the Berkeley Roundtable on the International Economy and the Center for Research in Energy Systems Transformations. He has served on a variety of public and private boards and as a consultant to governments and companies in Europe, Asia, and the United States.

Mark Huberty has served as a Research Associate at the Berkeley Roundtable on the International Economy and a Visiting Fellow at the Bruegel think tank. He has received several notable awards, including the 2010–2011 Fulbright-Schuman fellowship at the European Union and the 2010–2013 STAR fellowship from the United States Environmental Protection Agency. He currently works for Google.

"In this book, editors Zysman and Huberty tackle the question of whether the concept of green growth is a realistic justification for policies addressing climate change . . . Recommended."

"Can the right energy system for the future be shaped by the market alone? Can and does green growth exist? Why is there such geographic disparity, globally and nationally, in committing to green growth? Anyone trying to separate the wheat from the chaff in this emotive discussion needs this book!"

"Can we move from political religion to economic reality to address the energy and environmental challenges we face in the 21st century? In the process of addressing this question, Huberty and Zysman connect the dots between the political, economic, and technical issues to show that by building environmental-industry alliances to address concrete problems, we can begin an energy system transformation with benefits not only for the environment and climate, but for the broader economy as well." 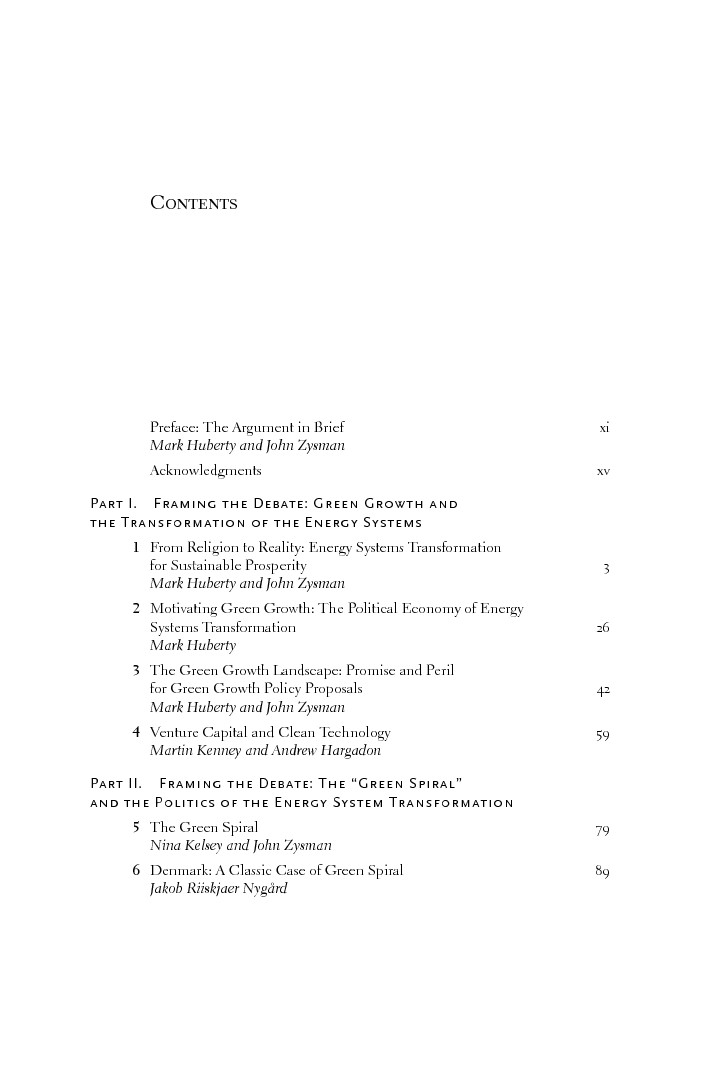 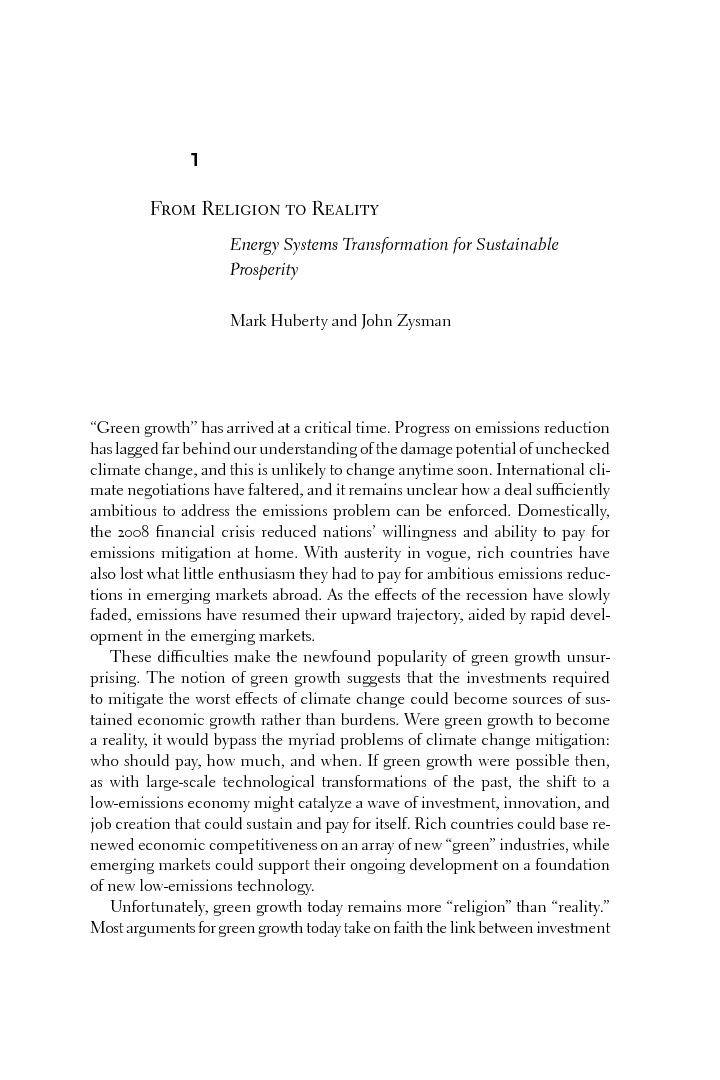 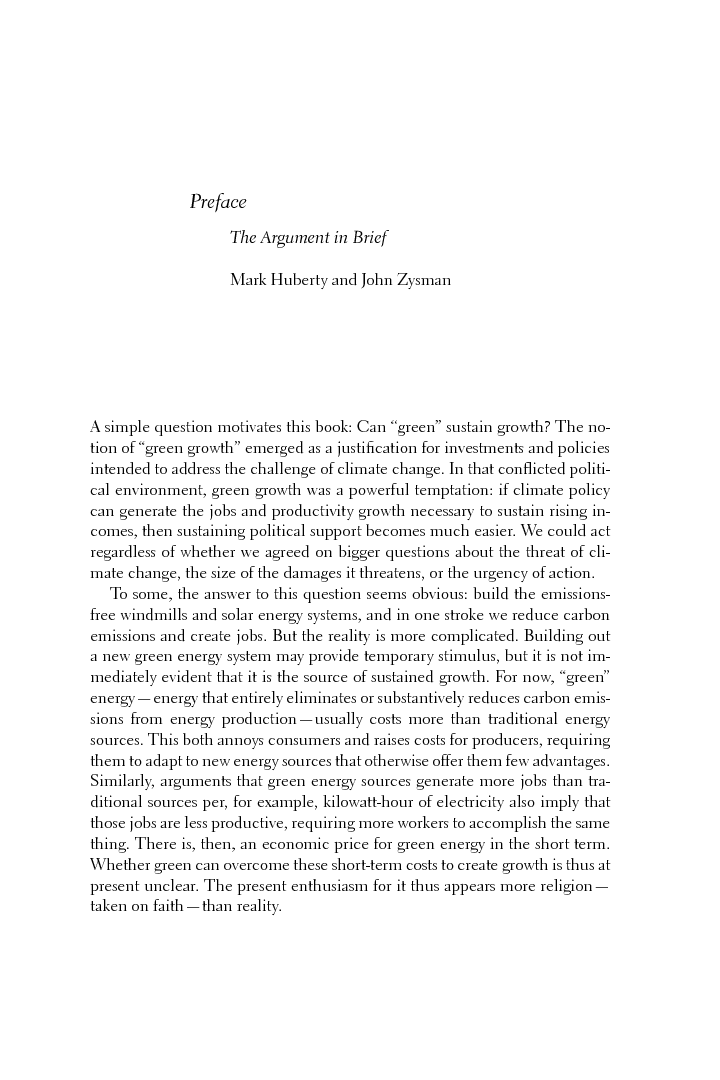