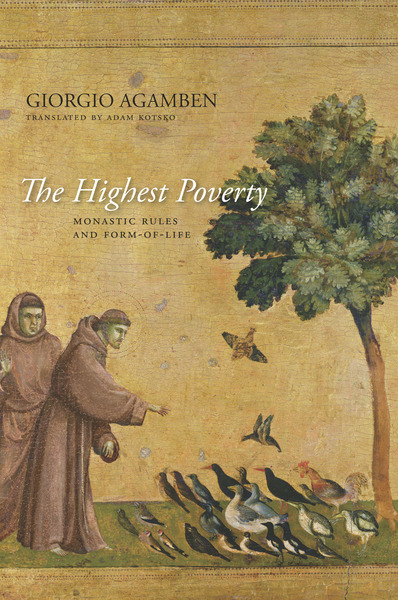 What is a rule, if it appears to become confused with life? And what is a human life, if, in every one of its gestures, of its words, and of its silences, it cannot be distinguished from the rule?

It is to these questions that Agamben's new book turns by means of an impassioned reading of the fascinating and massive phenomenon of Western monasticism from Pachomius to St. Francis. The book reconstructs in detail the life of the monks with their obsessive attention to temporal articulation and to the Rule, to ascetic techniques and to liturgy. But Agamben's thesis is that the true novelty of monasticism lies not in the confusion between life and norm, but in the discovery of a new dimension, in which "life" as such, perhaps for the first time, is affirmed in its autonomy, and in which the claim of the "highest poverty" and "use" challenges the law in ways that we must still grapple with today.

How can we think a form-of-life, that is, a human life released from the grip of law, and a use of bodies and of the world that never becomes an appropriation? How can we think life as something not subject to ownership but only for common use?

Giorgio Agamben, an Italian philosopher and political theorist, teaches at the IUAV University in Venice and holds the Baruch Spinoza Chair at the European Graduate School. His most recent book available in English from Stanford University Press is The Kingdom and the Glory (2011).

"The range of primary sources Agamben relies on to make his argument . . . is impressively vast. As his readers have come to expect, Agamben demonstrates an uncanny ability to discover enduring significance in obscure corners of the Western tradition while doing justice to their proper historicity."

"The Highest Poverty is Agamben's attempt to define what he calls a 'form-of-life,' a mode of living where life and law enter into a zone of indistinction so that one is not able to discern between living according to the law and applying the law to a pre-existing life . . . The first thing that became quite clear in reading this book is the depth of knowledge and understanding Agamben has of monastic history as well as medieval philosophy and theology. He knows the literature, the languages, and the nuances needed for any depth of understanding . . . This book was not written for the spiritual or theological nourishment of monastics and friars. It was written as a piece of political philosophy concerned about the current all-consuming nature of law and what that does to life. Nevertheless, there is a great deal that monastics and friars can learn from the work of Agamben. He shows us a picture of ourselves from a vantage point that we seldom see. There is more to our form-of-life than immediately meets the eye."

"At a time when current anthropological debate has turned toward ontology, this book challenges us to return anew to questions of habits and habitus. The Highest Poverty offers a productive . . . lens through which to examine modernity, its antecedents, and its reimagined futures in the global South. Especially salient for anthropologists is the book's attention to theories of practice and a common life not wholly defined by the logics of capital and formal institutions."

"[I]t deepens the insights of Agamben's earlier work and extends them into the theological realm. . . . Recommended."

"Agamben's work remains a thought-provoking and tightly written tract, and a number of trenchant observations can be found therein. For scholars of monasticism, The Highest Poverty will present old texts in productive new lights, and for scholars of philosophy and other disciplines, it will suggest new methods and tools that can be transposed into different fields of study."

"Like much of Agamben's writing, The Highest Poverty mixes historical, philosophical, and philological discourse with impressive skill. Agamben's book provokes insight through juxtaposition, analogy, and acts of theoretical imagination." 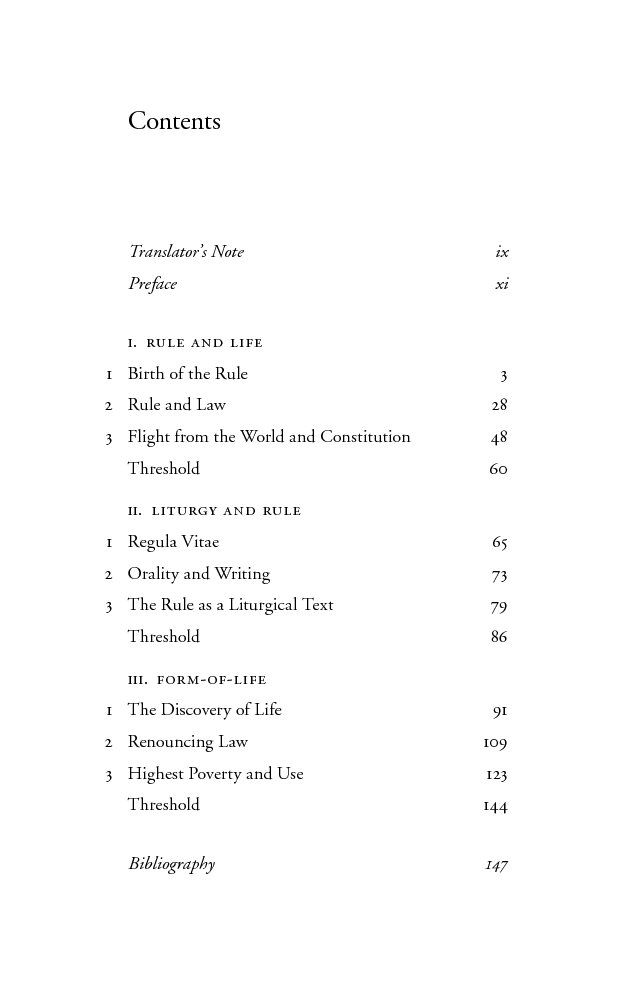 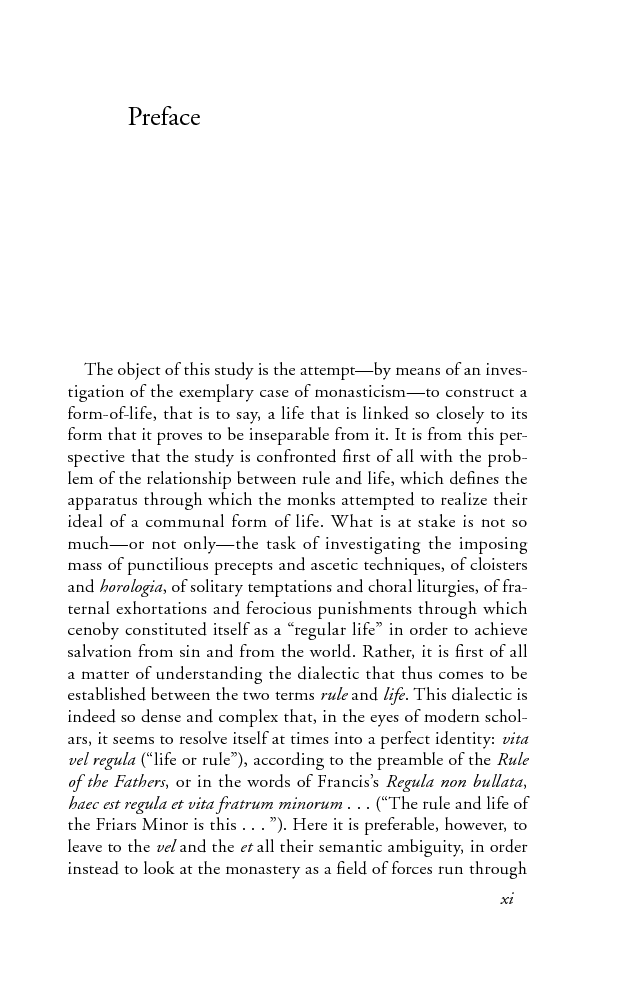