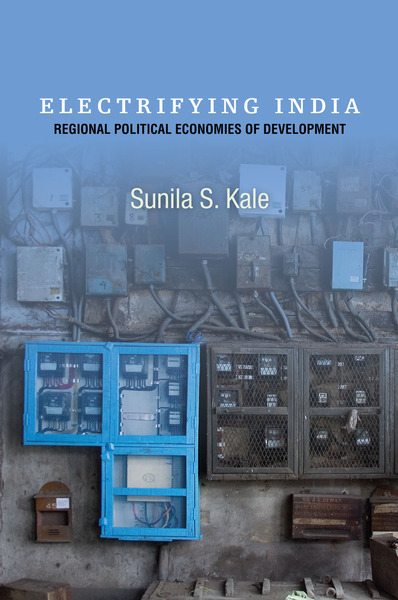 Throughout the 20th century, electricity was considered to be the primary vehicle of modernity, as well as its quintessential symbol. In India, electrification was central to how early nationalists and planners conceptualized Indian development, and huge sums were spent on the project from then until now. Yet despite all this, sixty-five years after independence nearly 400 million Indians have no access to electricity. Electrifying India explores the political and historical puzzle of uneven development in India's vital electricity sector.

In some states, nearly all citizens have access to electricity, while in others fewer than half of households have reliable electricity. To help explain this variation, this book offers both a regional and a historical perspective on the politics of electrification of India as it unfolded in New Delhi and three Indian states: Maharashtra, Odisha, and Andhra Pradesh. In those parts of the countryside that were successfully electrified in the decades after independence, the gains were due to neither nationalist idealism nor merely technocratic plans, but rather to the rising political influence and pressure of rural constituencies. In looking at variation in how public utilities expanded over a long period of time, this book argues that the earlier period of an advancing state apparatus from the 1950s to the 1980s conditioned in important ways the manner of the state's retreat during market reforms from the 1990s onward.

Sunila Kale is an Assistant Professor at the Henry M. Jackson School of International Studies at the University of Washington.

"[Electrifying India] is thoroughly researched and does a fine job of demonstrating why the task of electrifying India remains an unfinished business . . . Highly recommended."

"Electrifying India presents new research findings that make a significant contribution to current literature. The argument is novel and important. It addresses literature of specific relevance to India, and to the politics of development in particular, but it also speaks to larger questions related to the role of historical trajectories in explaining the ability of governments to adjust to market-oriented economic policy regimes."

"Why does the power go on and then off again in so much of India? Sunila Kale's book shows why the states that embraced electrification in the 1950s and 1960s, prodded by their farmers, are laggards today, and why the 'late developers' have embraced changes in the power market that are now transforming India."

"As any practitioner will tell you, the Indian electricity sector is heavily shaped, and impeded, by complex politics and flawed institutions. It is surprising, then, that there is such a paucity of quality work on the politics of Indian electricity. Sunila Kale's important new book, Electrifying India, goes a long way to filling this vacuum. Drawing together material from the historical record, central policy-processes, and a detailed examination of the track record in three states, Kale weaves a compelling and nuanced narrative on the past and present of Indian electricity, with important lessons for its future."

"This clearly and engagingly written book adds substantially to our understanding of the process of economic reform in India—and to the comparative analysis of political regimes across Indian states. It should be of great interest to researchers and students of comparative politics and political economy." 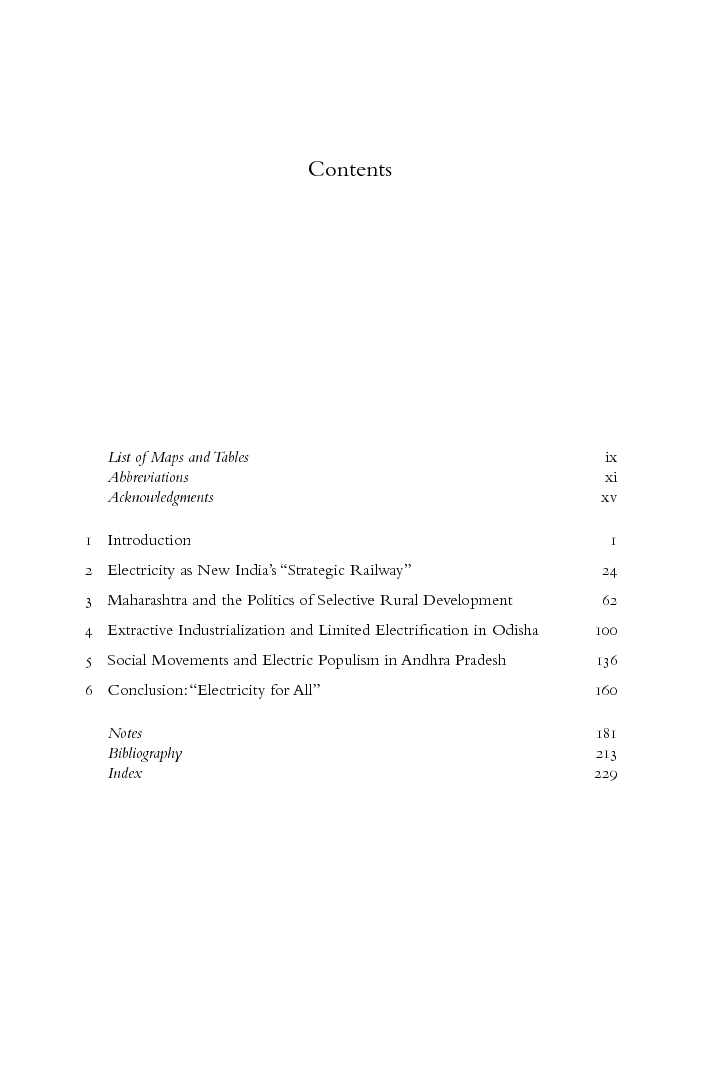 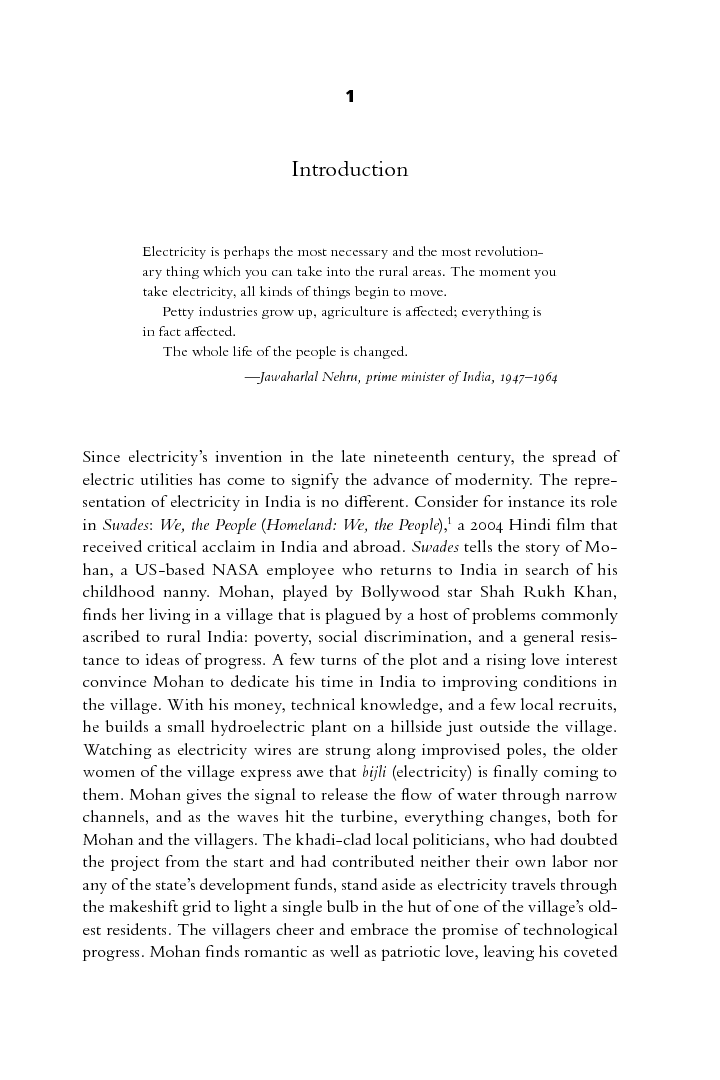 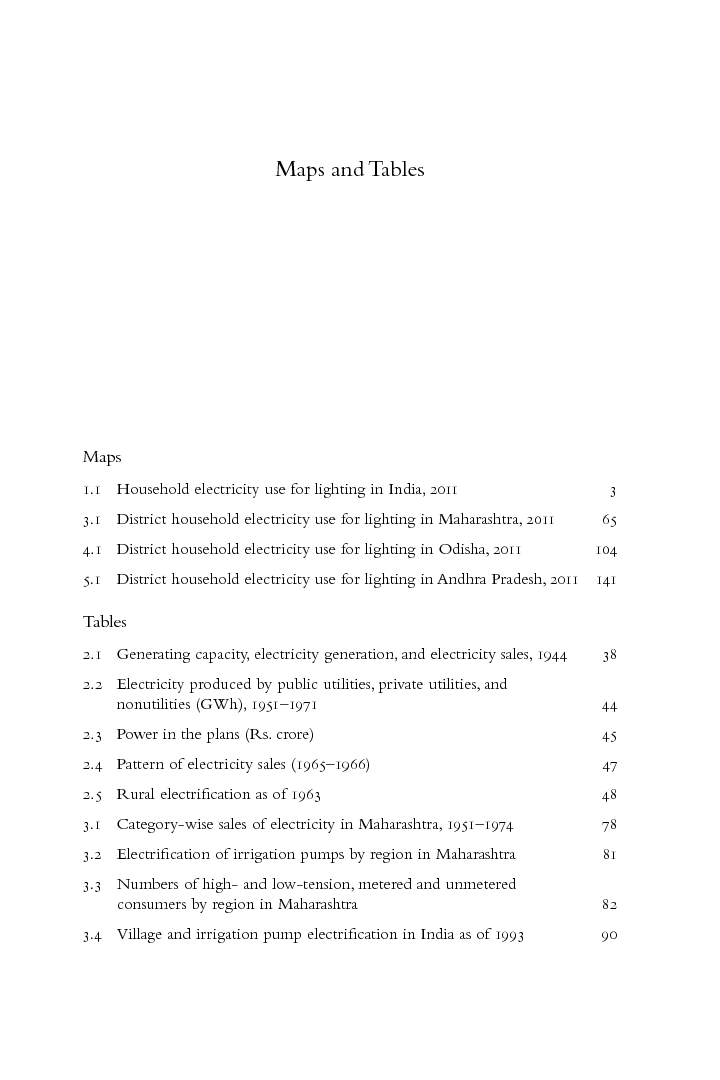