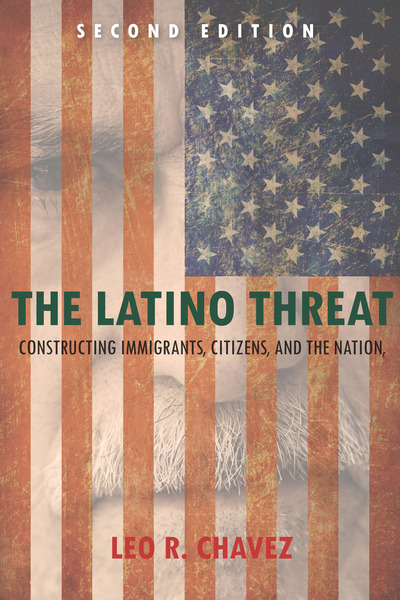 News media and pundits too frequently perpetuate the notion that Latinos, particularly Mexicans, are an invading force bent on reconquering land once their own and destroying the American way of life. In this book, Leo R. Chavez contests this assumption's basic tenets, offering facts to counter the many fictions about the "Latino threat." With new discussion about anchor babies, the DREAM Act, and recent anti-immigrant legislation in Arizona and other states, this expanded second edition critically investigates the stories about recent immigrants to show how prejudices are used to malign an entire population—and to define what it means to be American.

Leo R. Chavez is Professor of Anthropology at the University of California, Irvine. He is the author of Shadowed Lives: Undocumented Immigrants in American Society (1998) and Covering Immigration: Popular Images and the Politics of the Nation (2001).

"[The Latino Threat's] very breadth also opens new terrain for more detailed study and theorization. Chavez identifies pervasive, historically rooted myths and fears of immigrants, and specifically Latinos, in Anglo-American culture and its mainstream media . . . [I]t productively exposes the problematic discursive roots of much North American common sense in a way that a more narrowly focused study could never do. This is its real contribution and likely the reason the first edition proved so popular at the upper undergraduate level . . . Chavez deploys substantial, convincing data illustrating contemporary Latino cultural changes that belie the threat discourse; one can only hope that his message can shine a light on the pervasive presumptions of these Latino threat narratives."

"The time is certainly ripe for a second edition to Leo Chavez's Latino Thread, which is replete with updated information on draconian immigration laws, as well as coverage of the presidential debates of 2012, which showcased the vituperative and vitriolic discourse of the Latino Narrative Threat . . . The Latino Threat is accessible and essential reading for students and professionals alike, and fosters advocacy for policy change, as well as the need to understand the psychologically and emotionally damaging repercussions of structural racism and nativist discourse practices, and their effects on provision of language access, health disparities, and social services for Latino immigrants."

Praise for the First Edition: "Leo Chavez has produced a superb, well-argued, and thought provoking book. Tackling subjects such as the Minutemen in Arizona, immigrant marches, Latino reproduction, and organ transplants, the book not only sheds a critical light on how, through the mass media, Latinos have been constructed as illegitimate members of society, it also provides powerful evidence to undermine the taken-for-granted truths marshaled to marginalize this population."

Praise for the First Edition: "In this tour de force volume, Leo Chavez offers a penetrating analysis of how Latinos have been socially constructed as a threat to the American nation by bigoted political actors for their own cynical purposes and draws expertly on logic, facts, and reason to expose the mythical threat for the intellectual fraud and moral travesty that it truly is."

"Chavez offers us a thoughtful analysis of conflicts over the meaning of citizenship in an increasingly globalized world. In an era of debate over immigration reform, this book is essential reading for scholars, policy makers, and a thoughtful public alike." 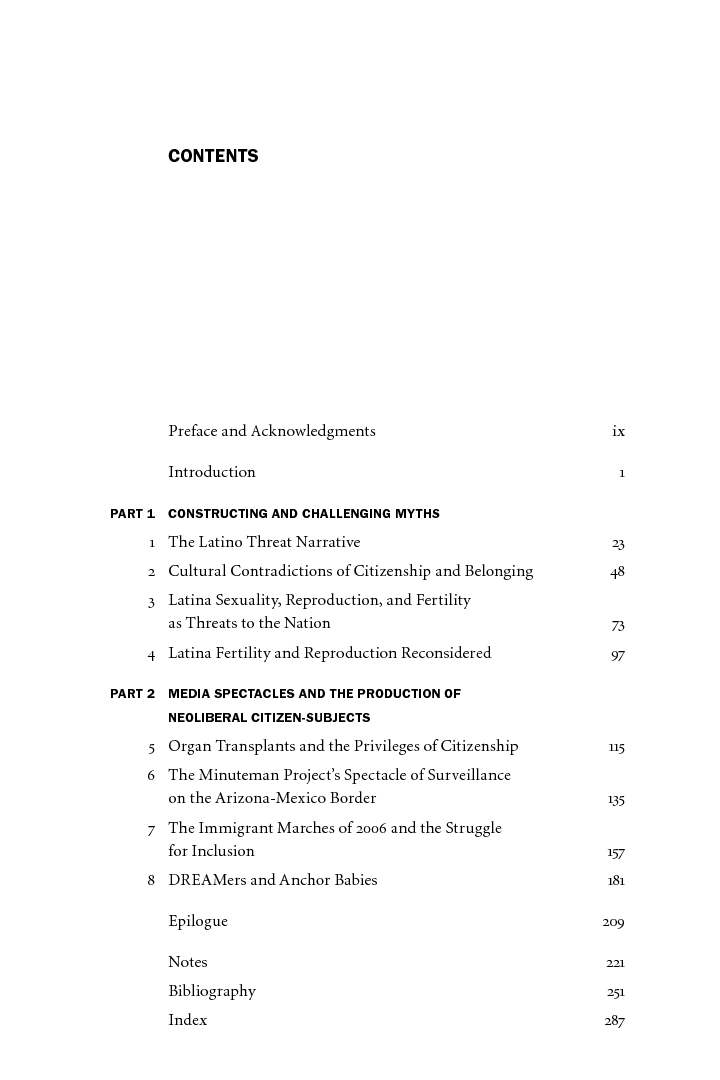 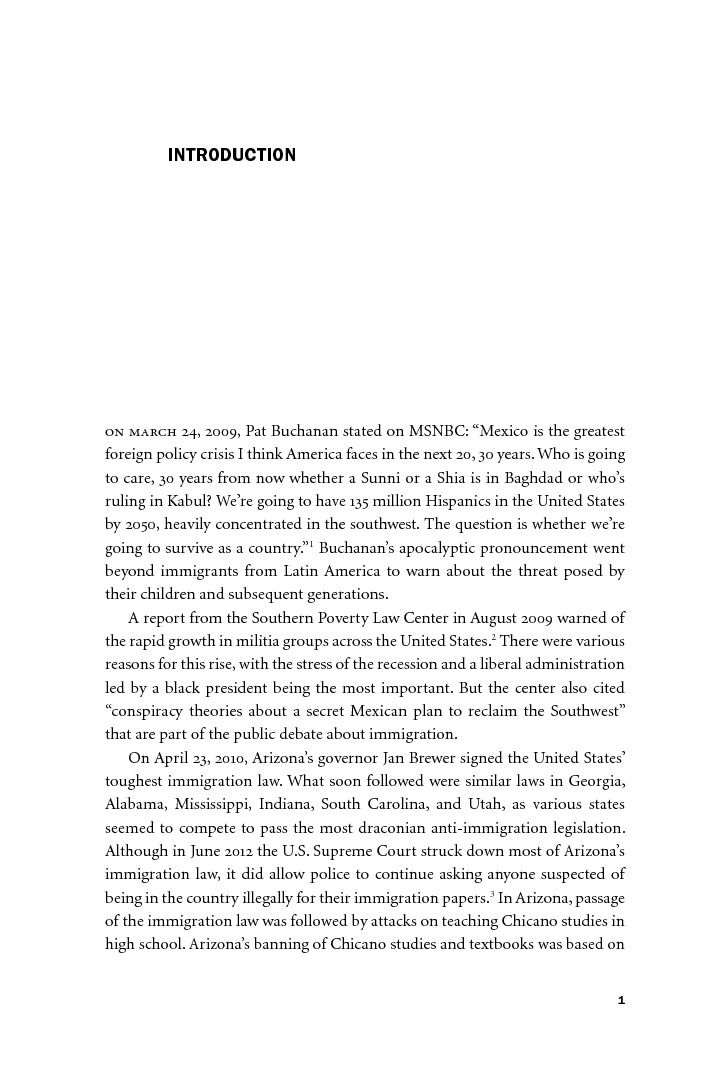 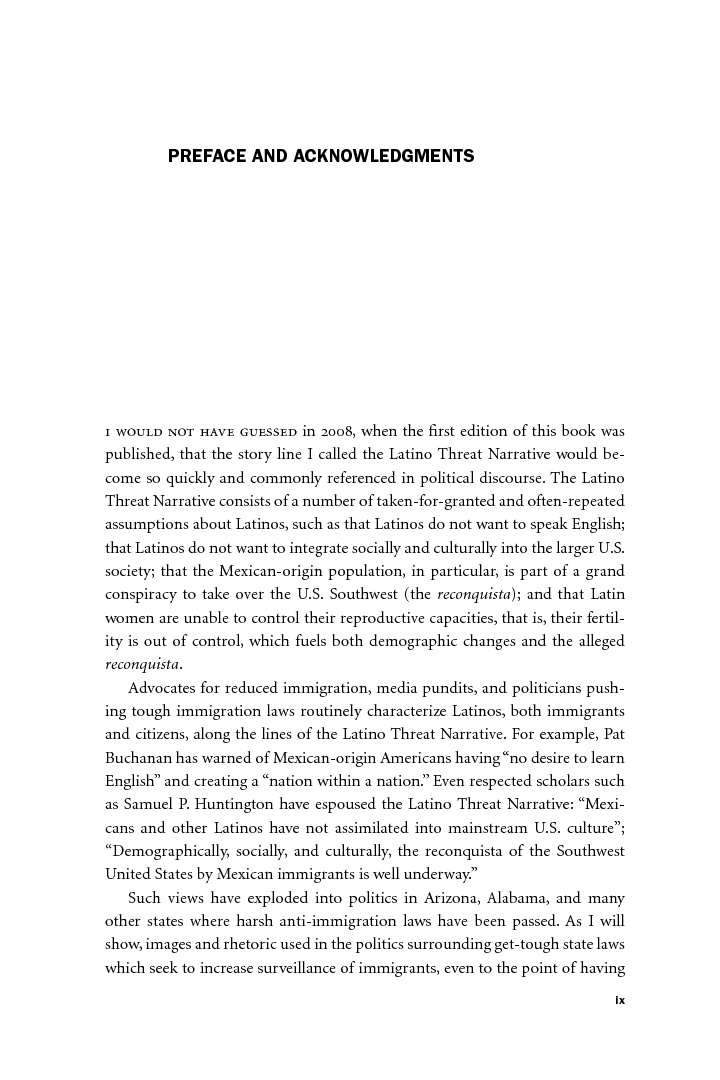 BYU Radio
A look at the Latino experience in America

Boston Globe
How Not To Study Trump

The Nation
More in Anthropology—Immigration and Migration Studies