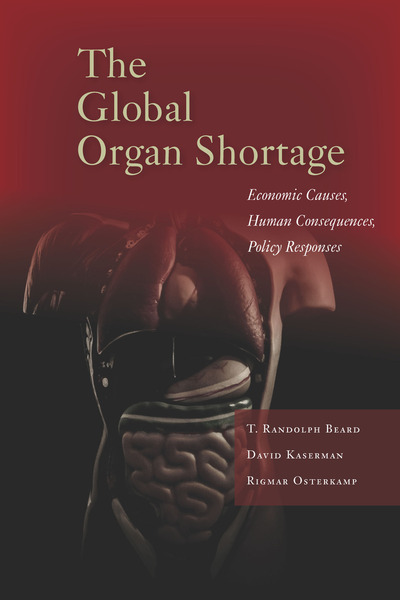 Although organ transplants provide the best, and often the only, effective therapy for many otherwise fatal conditions, the great benefits of transplantation go largely unrealized because of failures in the organ acquisition process. In the United States, for instance, more than 10,000 people die every year either awaiting transplantation, or as a result of deteriorating health exacerbated by the shortage of organs.

Issues pertaining to organ donation and transplantation represent, perhaps, the most complex and morally controversial medical dilemmas aside from abortion and euthanasia. However, these quandaries are not unsolvable. This book proposes compensating organ donors within a publicly controlled monopsony. This proposal is quite similar to current practice in Spain, where compensation for cadaveric donation now occurs "in secret," as this text reveals.

Rigmar Osterkamp is Fellow at the School for Political Studies at University of Munich.

The late David L. Kaserman was Torchmark Professor of Economics at Auburn University.

"[The authors] build an interesting model distinguishing between deceased-donor and living-donor kidneys . . . and generate comparative-static predictions . . . Overall, this book constitutes a courageous and well-researched attempt at coming to grips with a major problem in the current organization of health care that is becoming more critical and global by the day."

"A growing number of transplant professionals, ethicists, and economists recognize the potential for incentives to improve access to transplants, but rarely has the argument for incentives been put forward with so much clarity, logic, and in-depth knowledge of transplantation."

"In most countries, the channels for organ procurement impose intolerable burdens on ill patients. This book examines the organ shortage from many different angles in search of resolution. Big problems generally require market-based solutions, and the authors show that this issue is no exception to that rule. Their proposal for a compensated system of organ procurement deserves to be widely read and debated." 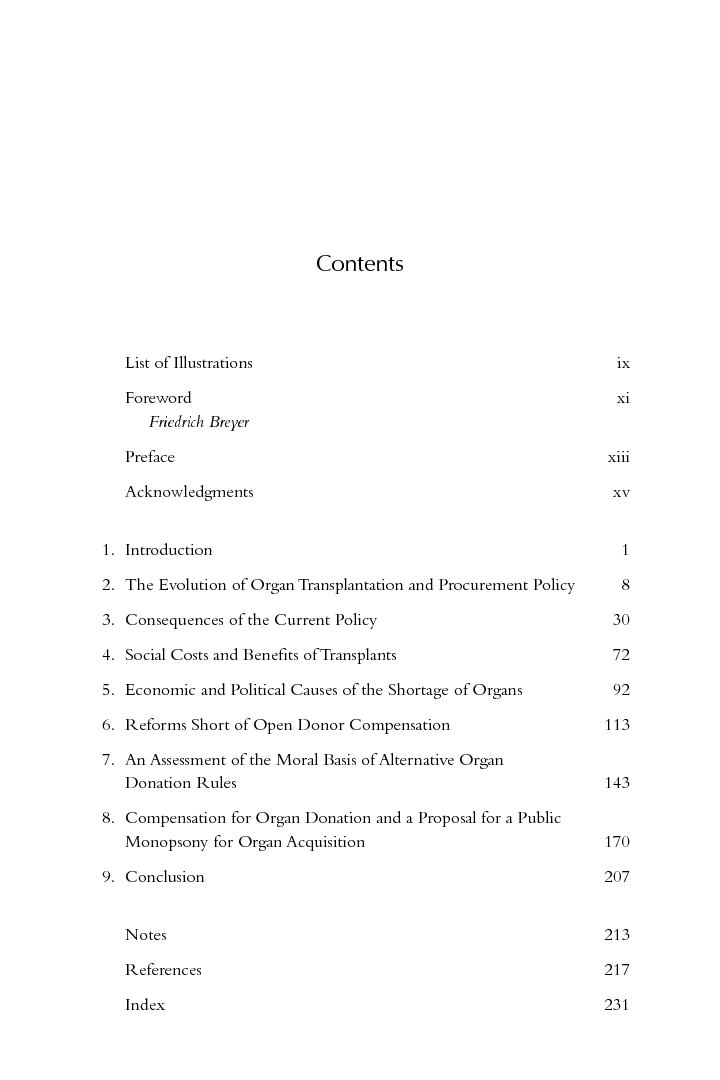 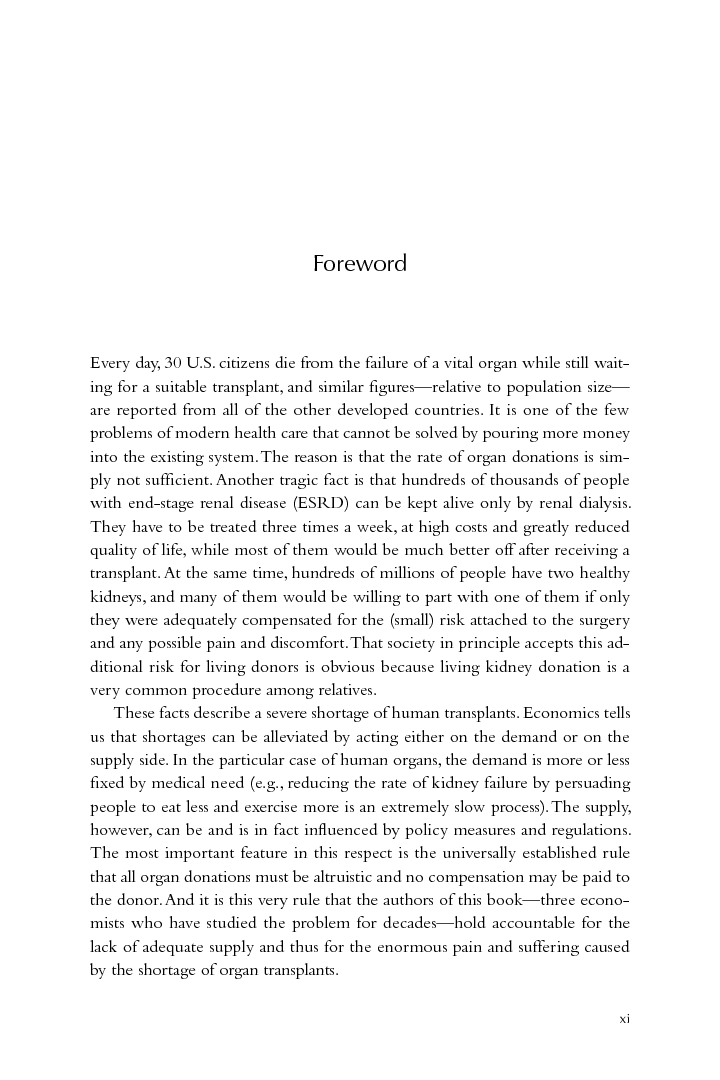 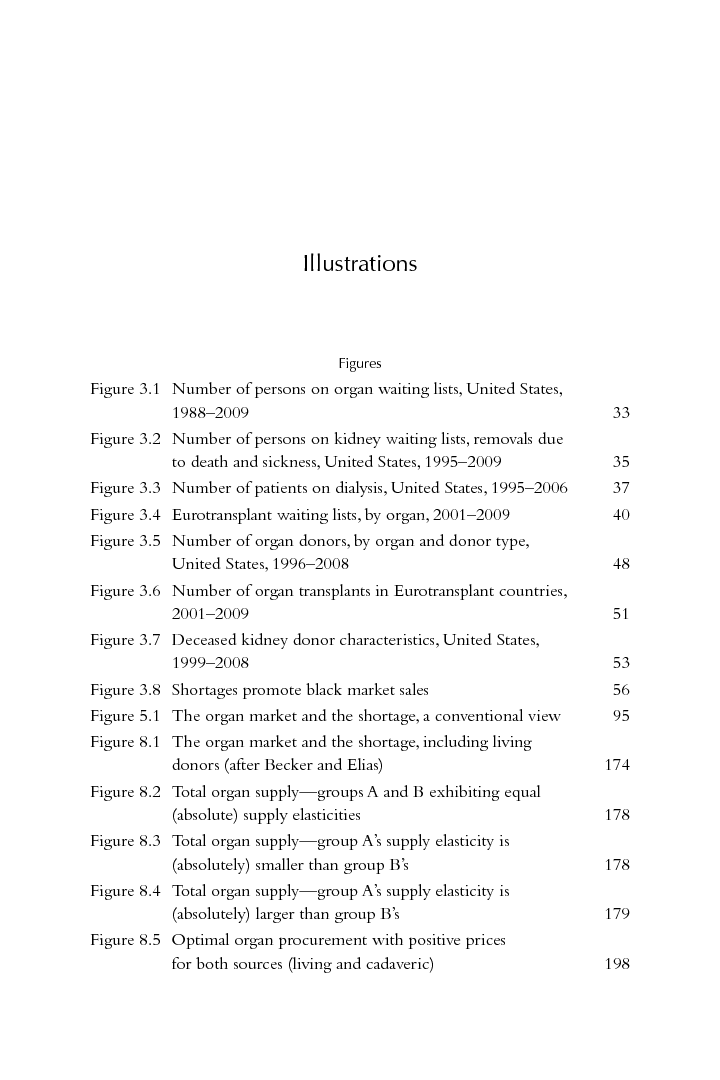 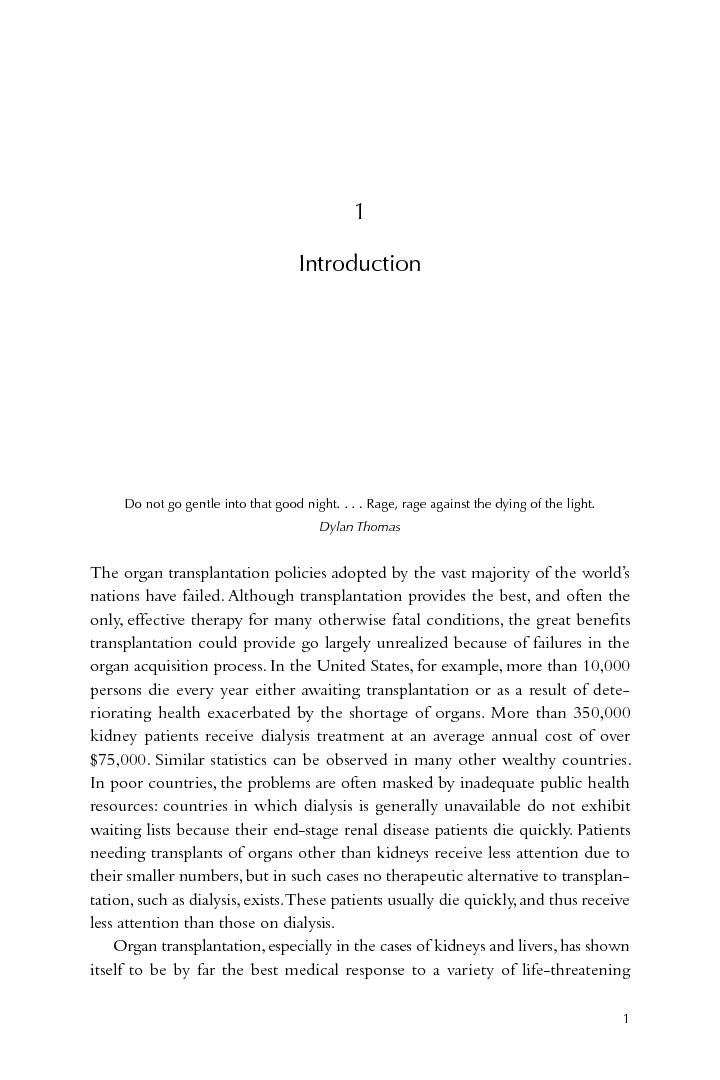 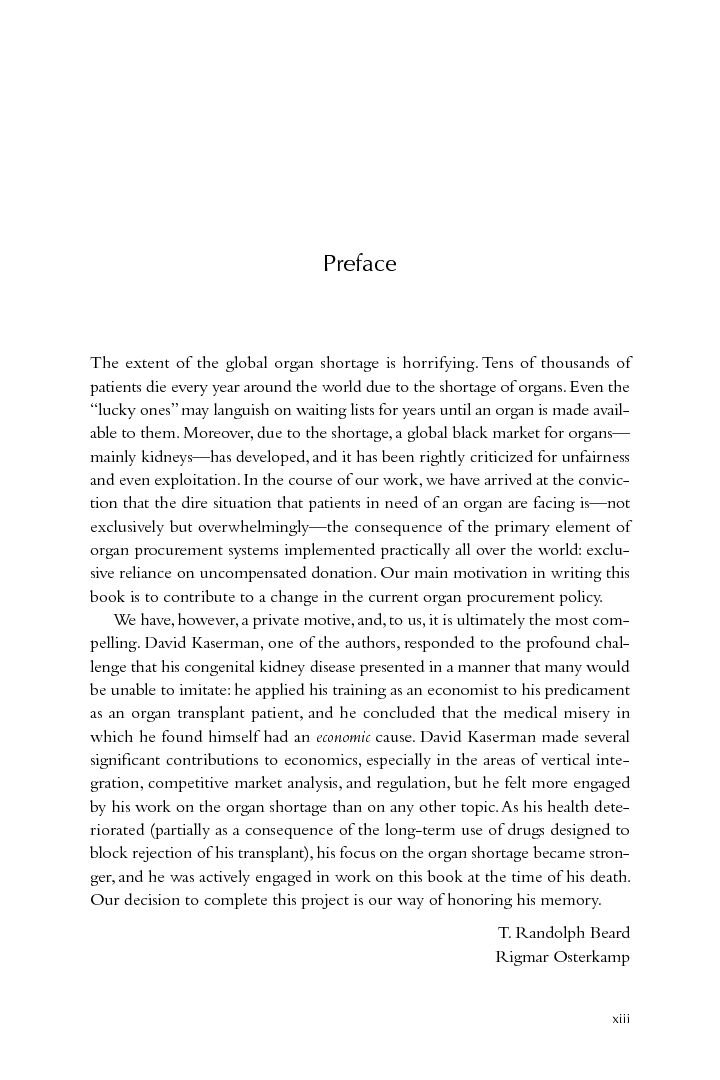