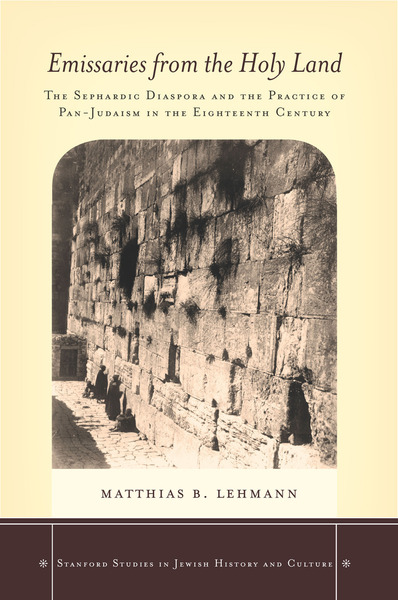 Emissaries from the Holy Land
The Sephardic Diaspora and the Practice of Pan-Judaism in the Eighteenth Century
Matthias B. Lehmann
SERIES: Stanford Studies in Jewish History and Culture

For Jews in every corner of the world, the Holy Land has always been central. But that conviction was put to the test in the eighteenth century when Jewish leaders in Palestine and their allies in Istanbul sent rabbinic emissaries on global fundraising missions. From the shores of the Mediterranean to the port cities of the Atlantic seaboard, from the Caribbean to India, these emmissaries solicited donations for the impoverished of Israel's homeland.

Emissaries from the Holy Land explores how this eighteenth century philanthropic network was organized and how relations of trust and solidarity were built across vast geographic differences. It looks at how the emissaries and their supporters understood the relationship between the Jewish Diaspora and the Land of Israel, and it shows how cross-cultural encounters and competing claims for financial support involving Sephardic, Ashkenazi, and North African emissaries and communities contributed to the transformation of Jewish identity from 1720 to 1820.

Solidarity among Jews and the centrality of the Holy Land in traditional Jewish society are often taken for granted. Lehmann challenges such assumptions and provides a critical, historical perspective on the question of how Jews in the early modern period encountered one another, how they related to Jerusalem and the land of Israel, and how the early modern period changed perceptions of Jewish unity and solidarity. Based on original archival research as well as multiple little-known and rarely studied sources, Emissaries from the Holy Land offers a fresh perspective on early modern Jewish society and culture and the relationship between the Jewish Diaspora and Palestine in the eighteenth century.

Matthias Lehmann is Associate Professor of History and Teller Family Chair in Jewish History at the University of California, Irvine and the author of Ladino Rabbinic Literature and Ottoman Sephardic Culture.

"In this probing and timely study, Lehmann brings to life the effects of early modern globalization on the construction of differences and solidarities across the Jewish diaspora. It is a history rich in paradoxes and consequences for how we think about the ties between the diaspora and modern-day Israel."

—Francesca Trivellato, author of The Familiarity of Strangers: The Sephardic Diaspora, Livorno, and Cross-Cultural Trade in the Early Modern Period (2009)

"...Emissaries from the Holy Land is a landmark, the kind of book that will be a point of reference for a long time to come. Lehmann's exploration of Jewish unity and fractiousness through the lens of the emissaries strikes me as a signal contribution to our thought on the emergence of the 'modern' Jewish world."

"Although growing fast, Sephardic and Ottoman studies are still underappreciated fields in Jewish studies in particular and global historical studies in general. Matthias B. Lehmann's well-researched and well-argued [book] is a massive contribution to these growing fieldsit is a perfect example of interconnected and transnational history...This well-written and well-edited text, together with the author's previous scholarship on the Ottoman Jewry, can profitably be read by both scholars and laymen who have a genuine interest in Jewish, Ottoman, and European intellectual and social history."

"Lehmann's book offers the first definitive account of one of early modern Judaism's most important institutions. He offers insights to a number of questions that are garnering increasing attention in the field, including encounters among Jews from different ethnicities; the layers of religious, ethnic, cultural, and geographic identity among premodern Jews; and the ways in which Jews were connected to one another across political boundaries—both in practice and in their imaginaries. It is a book I believe will remain essential reading for early modern and modern Jewish historians of Europe and the Middle East for a long time to come."

"Lehmann's international perspective on the Palestine enterprise [of Jewish philanthropy] is radically innovative, for although the emissaries have been the subject of modern historiography, previous studies have focused on the history of Jewish settlement in Palestine, rather than on the significance of the emissaries and the fundraising campaign for world Jewry."

"Lehmann skillfully utilizes a rich varied body of primary sources to create his finely grained analysis. [He] tells his story of institutional development and change well. While his analysis is replete with local information, he sees beyond the welter of details so suggest connections among local Jewish communities and global institutional forces of change."

"Lehmann's book is a substantial contribution to our understanding of the deep yet gradual processes of change that the Jewish world underwent in the early modern period. It is supported by a diverse range of documents, succeeding in opening a wide perspective and discussing different Jewish diasporas....[T]he book is well-written and constitutes a highly recommended reading." 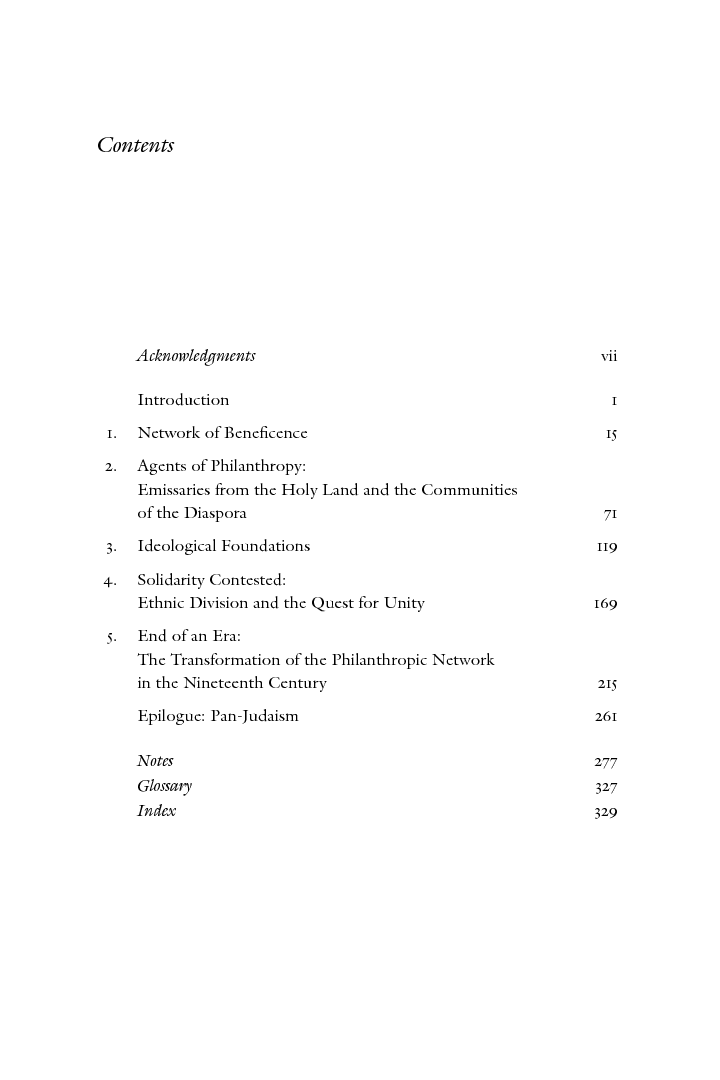 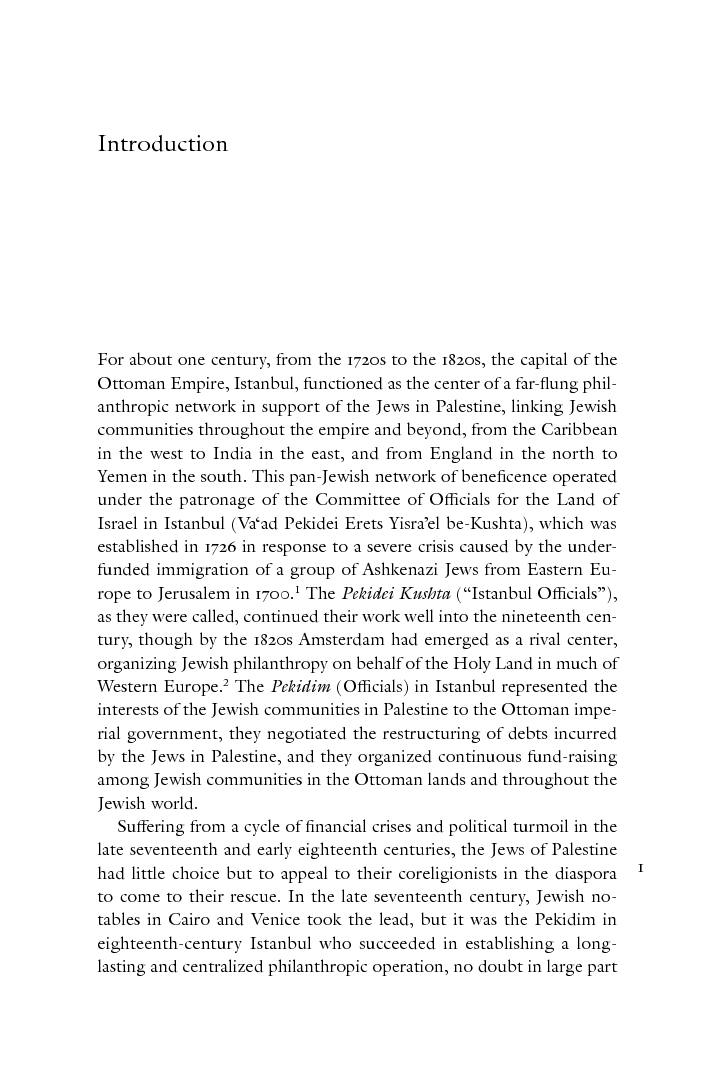