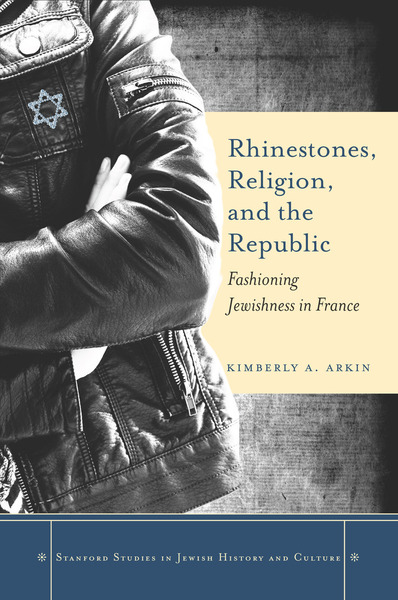 Rhinestones, Religion, and the Republic
Fashioning Jewishness in France
Kimberly A. Arkin
SERIES: Stanford Studies in Jewish History and Culture

Winner of the 2016 Jordan Schnitzer Prize in the Category of Social Science, Anthropology, and Folklore, sponsored by the Association of Jewish Studies (AJS).

During the course of her fieldwork in Paris, anthropologist Kimberly Arkin heard what she thought was a surprising admission. A French-born, North African Jewish (Sephardi) teenage girl laughingly told Arkin she was a racist. When asked what she meant by that, the girl responded, "It means I hate Arabs."

This girl was not unique. She and other Sephardi youth in Paris insisted, again and again, that they were not French, though born in France, and that they could not imagine their Jewish future in France. Fueled by her candid and compelling informants, Arkin's analysis delves into the connections and disjunctures between Jews and Muslims, religion and secular Republicanism, race and national community, and identity and culture in post-colonial France. Rhinestones argues that Sephardi youth, as both "Arabs" and "Jews," fall between categories of class, religion, and culture. Many reacted to this liminality by going beyond religion and culture to categorize their Jewishness as race, distinguishing Sephardi Jews from "Arab" Muslims, regardless of similarities they shared, while linking them to "European" Jews (Ashkenazim), regardless of their differences. But while racializing Jewishness might have made Sephardi Frenchness possible, it produced the opposite result: it re-grounded national community in religion-as-race, thereby making pluri-religious community appear threatening. Rhinestones thus sheds light on the production of race, alienation, and intolerance within marginalized French and European populations.

Kimberly Arkin is an Assistant Professor in the Department of Anthropology at Boston University.

"This study of North African Jewish (Sephardi) adolescents enrolled in Jewish day schools in Paris brings a relatively understudied population to the burgeoning literature on the problem of multiculturalism in postcolonial France . . . [T]here is fascinating material here worthy of further unpacking."

"[L]ittle attention has been paid to Jewish perceptions of the Muslim Arabs [in France]. In her provocative new book, [...], Kimberly Arkin takes on this topic, and in doing so, provides a brilliant analysis of the complicated legacies of colonialism, antisemitism, and nationalism in contemporary France . . . [Her] book masterfully uses a wide variety of theoretical frameworks to make sense of French day school identity politics, and she artfully fleshes out her anthropological study with extensive use of primary source material."

"Anyone still concerned that the ethnography of Jewish communities remains wedded to nostalgia, provincialism, or salvage should consult Kimberly Arkin's bracing ethnography of the schooling of young people of 'Sephardi' . . . Arkin shows us that [French Jews], and especially their young people, can provide an unexpected and revealing window on the troubled processes of integration and democracy in Europe today."

"Anthropologist Arkin tackles a sensitive subject: racial views among Sephardic Jewish adolescents in Paris . . . Arkin builds upon existing historiographical themes by exploring the formation and cultivation of French Jewish identity, while adding a useful anthropological perspective on the manifestation of these identity choices . . . [T]he book is well written and engaging, and should be accessible to advanced undergraduates. Summing up: Recommended."

"This bold book takes on the subject of French Jewish adolescent racism—a topic so 'untouchable' that Arkin was expelled from the school in which she was doing fieldwork after having publicly acknowledged the phenomenon. Through this carefully researched and notably historic ethnographic explanation of a complex subject, Arkin uncovers the way racial understandings and categories were constructed, often unwittingly, by state educational policies, school administrators, and parents, most of whom held quite different and even diametrically opposed views on the nature of French Jewish identity." 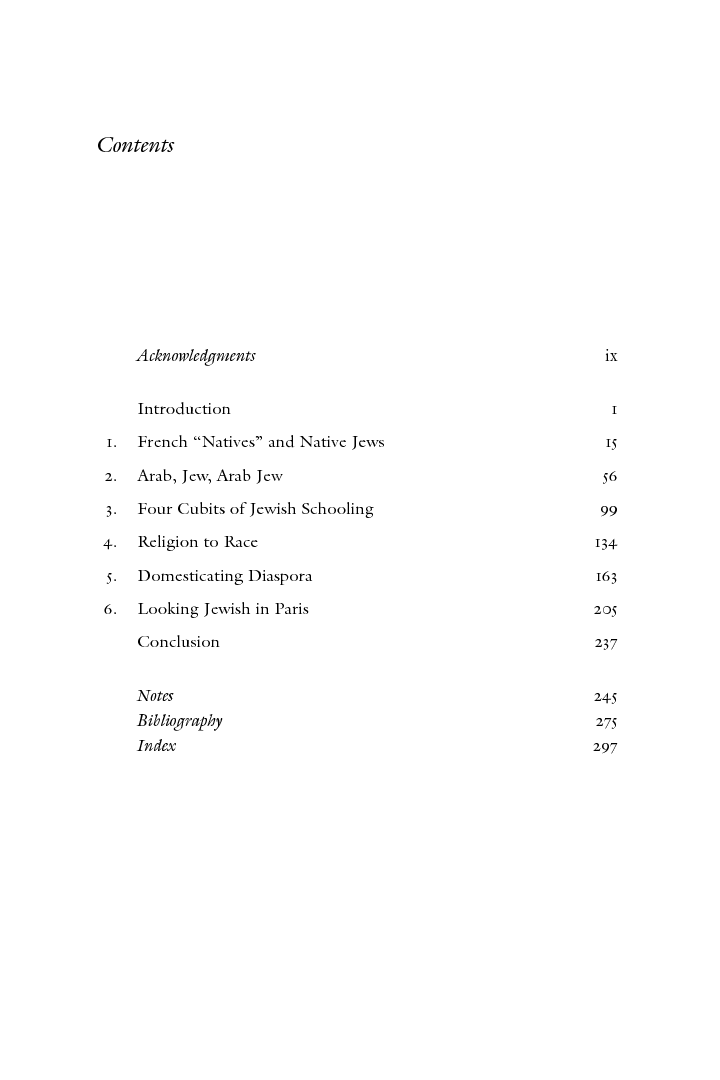 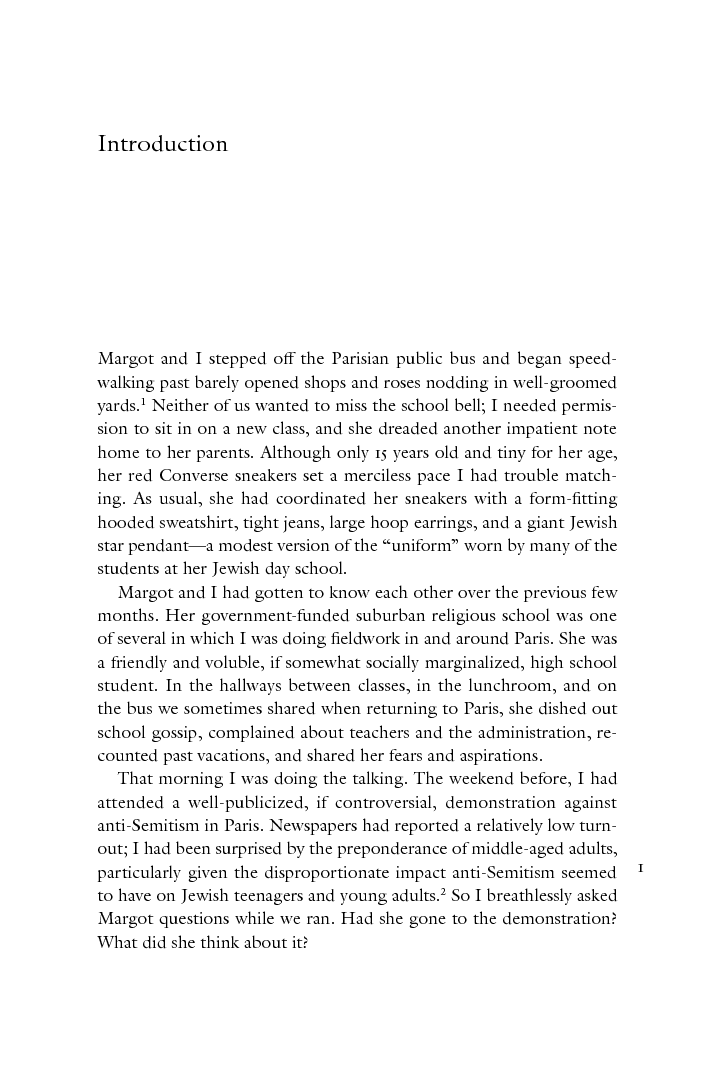