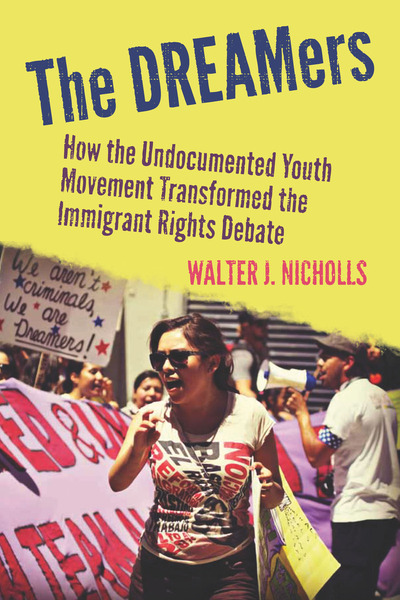 On May 17, 2010, four undocumented students occupied the Arizona office of Senator John McCain. Across the country a flurry of occupations, hunger strikes, demonstrations, and marches followed, calling for support of the DREAM Act that would allow these young people the legal right to stay in the United States. The highly public, confrontational nature of these actions marked a sharp departure from more subdued, anonymous forms of activism of years past.

The DREAMers provides the first investigation of the youth movement that has transformed the national immigration debate, from its start in the early 2000s through the present day. Walter Nicholls draws on interviews, news stories, and firsthand encounters with activists to highlight the strategies and claims that have created this now-powerful voice in American politics. Facing high levels of anti-immigrant sentiment across the country, undocumented youths sought to increase support for their cause and change the terms of debate by arguing for their unique position—as culturally integrated, long term residents and most importantly as "American" youth sharing in core American values.

Since 2010 undocumented activists have increasingly claimed their own space in the public sphere, asserting a right to recognition—a right to have rights. Ultimately, through the story of the undocumented youth movement, The DREAMers shows how a stigmatized group—whether immigrants or others—can gain a powerful voice in American political debate.

Walter J. Nicholls earned his Ph.D. at the University of California, Los Angeles, and is now Assistant Professor of Sociology and the University of Amsterdam. He is the coeditor of Spaces of Contention: Places, Scales, and Networks of Social Movements (2013).

"There is no doubt that Nicholls' careful work—while overwhelmingly dependent upon California DREAMer sources—which measures the epicenter of such activism, is thought-provoking and in its own way, transgressive."

—Michael A. Olivas, The Journal of Higher Education

"[This] book is necessary reading for anyone interested in immigrant rights and, beyond that, in cultural approaches to the study of social movements. Nicholls has written a captivating account of one of the most important social movements in recent American history in tremendous empirical detail. This book simultaneously introduces several fruitful propositions that can push the literature on immigration politics in promising new directions."

"The rich stories told in this book, particularly of the struggle and courage of the youths, will make readers ponder and question the effectiveness of existing immigration policies. An eye-opening and incredible story in its own right, this book also contributes to the literature on social movements, especially the formation of movement groups and the issue-framing process. It deserves a wide readership. Summing Up: Essential."

"Immigrant rights may be the most important social movement of our time, and the young Americans known as DREAMers—whose lack of documents are keeping them from colleges and jobs—have incredible stories to tell. Just the kind of stories that, set in this vital context, make for a good book—which Nicholls has provided."

"Walter Nicholls tells the story of the courageous youth who 'came out of the shadows' to form an unprecedented social movement to challenge stigmatization and advocate a path to citizenship. The DREAMers is a must read for anyone interested in how these new Americans fought for justice and their chance at the American Dream."

"This is the book on the transformation of undocumented youth into the momentous immigrant rights movement known as the DREAMers. Based on careful research, the book identifies and analyzes the unique elements that allowed this social movement to go from 0–to–60 mph in the span of a decade and in one of the most hostile xenophobic contexts. Walter Nicholls shows how this social movement's success relied on the importance of crafting voice and compelling representations, finding 'niche openings,' and building strategic alliances. Underscoring both the political and moral urgency of the movement, while offering judicious analysis of the social movement building process, this book represents the sociological imagination at its best. I can't wait to use this book in my classes." 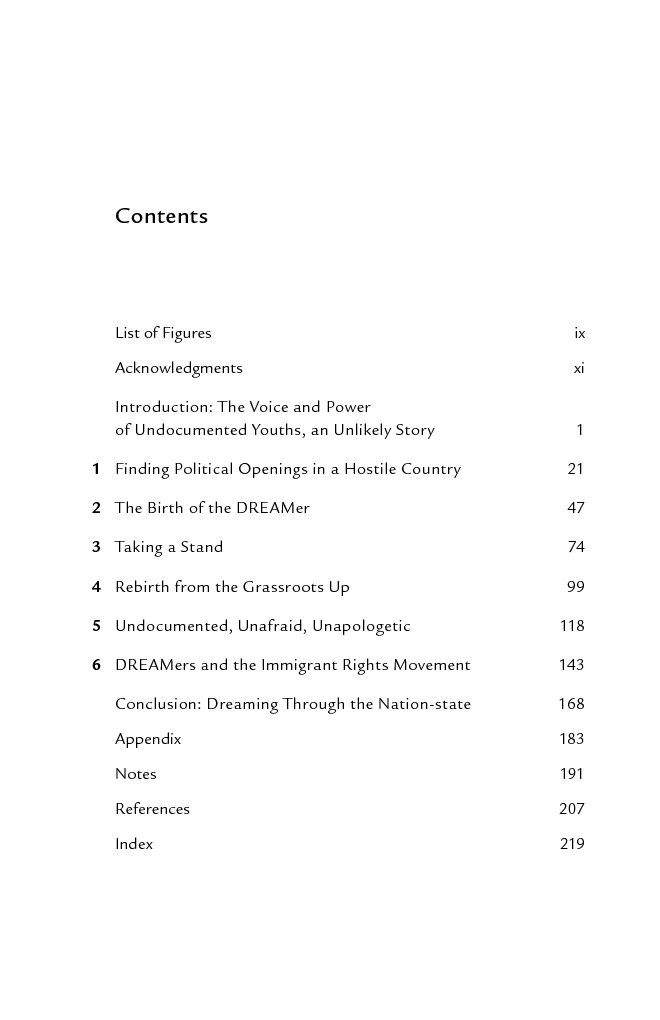 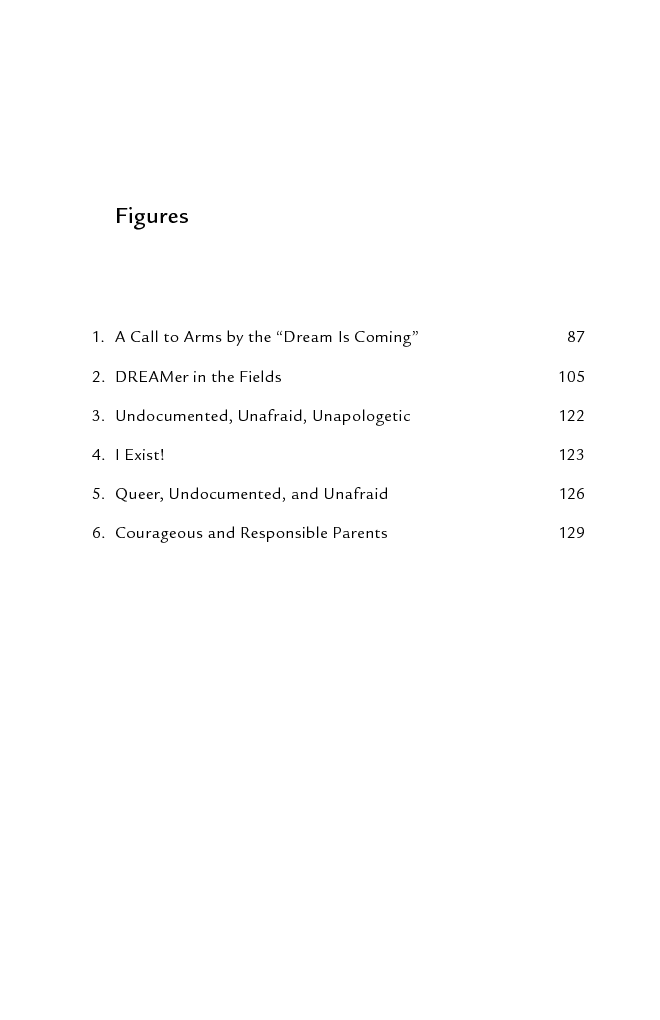 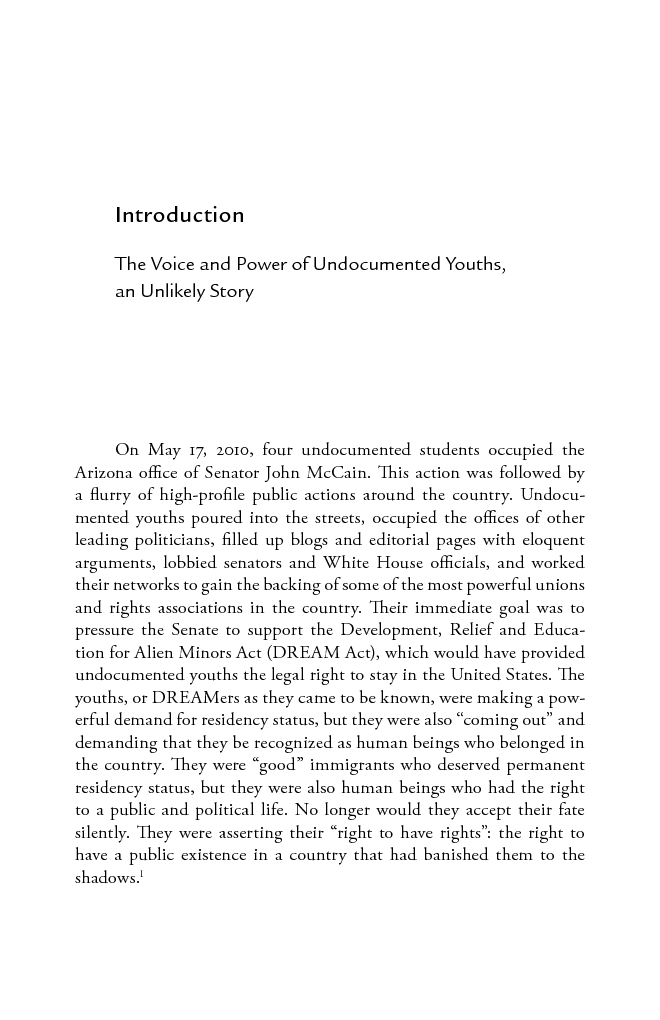 A look at the Latino experience in America