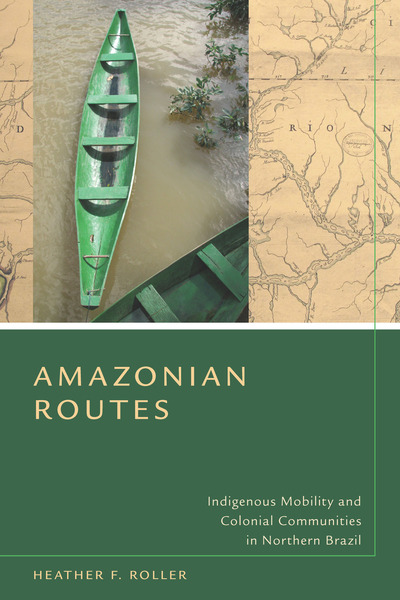 Winner of the 2015 Howard Francis Cline Memorial Prize, sponsored by the Conference on Latin American History.

Co-winner of the 2015 Roberto Reis Prize, sponsored by the Brazilian Studies Association.

This book reconstructs the world of eighteenth-century Amazonia to argue that indigenous mobility did not undermine settlement or community. In doing so, it revises longstanding views of native Amazonians as perpetual wanderers, lacking attachment to place and likely to flee at the slightest provocation. Instead, native Amazonians used traditional as well as new, colonial forms of spatial mobility to build enduring communities under the constraints of Portuguese colonialism. Canoeing and trekking through the interior to collect forest products or to contact independent native groups, Indians expanded their social networks, found economic opportunities, and brought new people and resources back to the colonial villages. When they were not participating in these state-sponsored expeditions, many Indians migrated between colonial settlements, seeking to be incorporated as productive members of their chosen communities.

Drawing on largely untapped village-level sources, the book shows that mobile people remained attached to their home communities and committed to the preservation of their lands and assets. This argument still matters today, and not just to scholars, as rural communities in the Brazilian Amazon find themselves threatened by powerful outsiders who argue that their mobility invalidates their claims to territory.

"Roller's analysis is a welcome antidote to stereotyped treatments of demoralized, detribalized native peoples. She achieves a nice balance, neither devolving into narratives of victimization or asserting a triumphant tale of unalloyed native agency . . . Roller shows that native practice shaped the evolution of Crown policy, as authorities adapted to the limits that indigenous peoples set."

"Heather Roller sets a very high standard here for work on Amazonian history. More than simply filling a gap, her book presents new, perspective-shifting insights into the eighteenth-century Amazon—and, by implication, Brazil—from the point of view of Indians and ribeirinhos."

"Couched in extensive research and framed by engaging questions, Amazonian Routes offers a novel approach to the history of colonial Portuguese America and, more specifically, to our understanding of Amazonian peoples. The book focuses on the response of local actors, especially Amerindians, to the processes unleashed by Enlightenment reforms . . . Without overstating the case for indigenous autonomy, the author persuasively shows that native peoples creatively and selectively engaged in state-sponsored projects."

"Relying on the late John Monteiro's injunction to look at current ethnography to inform historical analytics, Roller successfully constructs Amazonian livelihood, one that was predicated on mobility...[She] erases preconceived versions of the isolated village outside of time in an untrammeled nature and focuses scholars attention on the vibrant navigable waterways of Amazonia."

"Roller has written a story of human genius, adaptation, and resilience. Amazonian Routes is a significant contribution for historians, Latin Americanists and Brazilianists, ethnohistorians, and anthropologists."

"Roller's richly empirical study deftly blends historical geography, ethnohistory, and quantitative analysis in a narrative form that is both elegant and evocative. Her historiographical interventions and judicious assessment of source materials are boldly showcased for the edification, and to the delight, of the reader. And her command of colonial and postcolonial Amazonian literature and ability to dialogue with a range of scholarly disciplines are outstanding. In sum, Roller has made a major contribution to the historiography of colonial Amazonia." 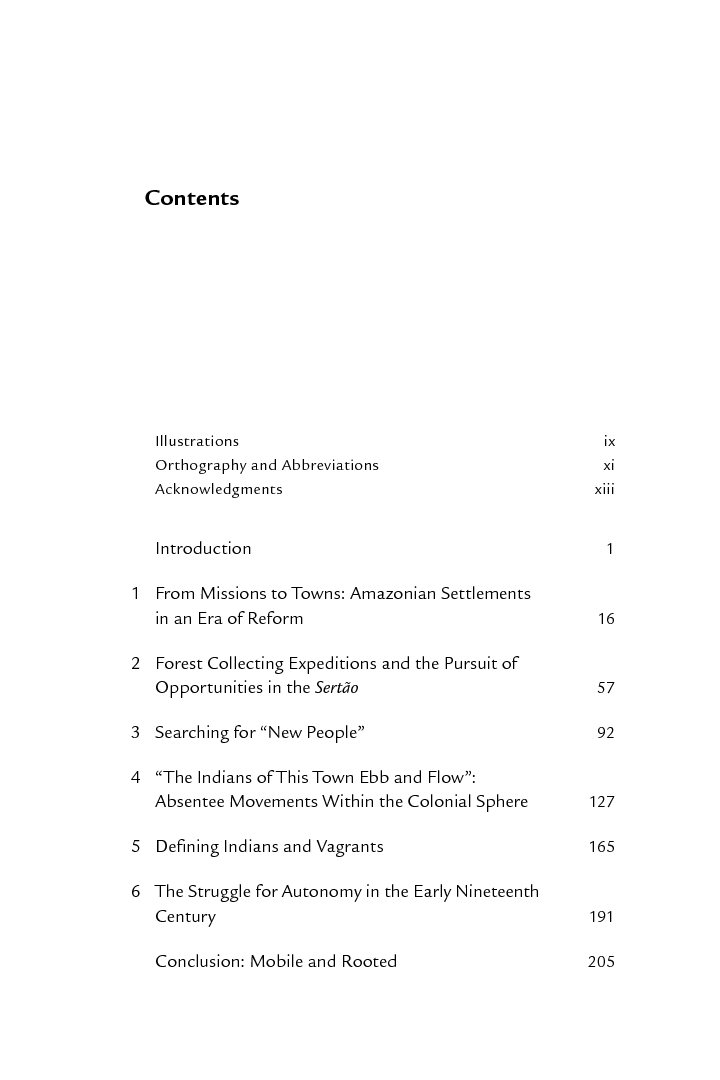 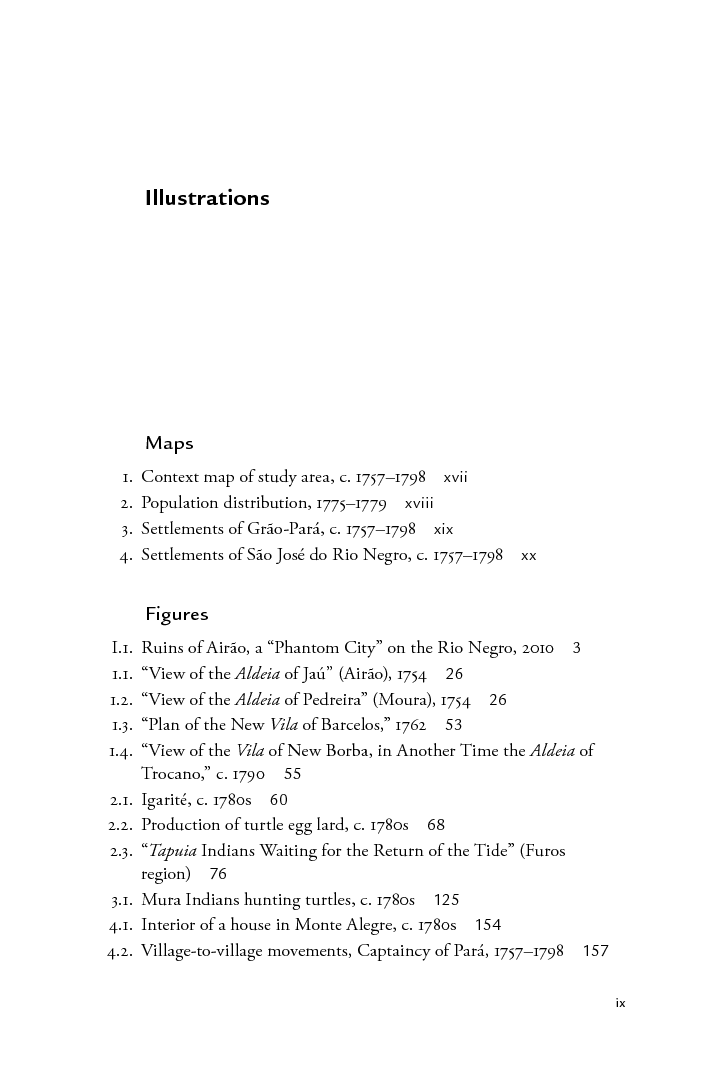 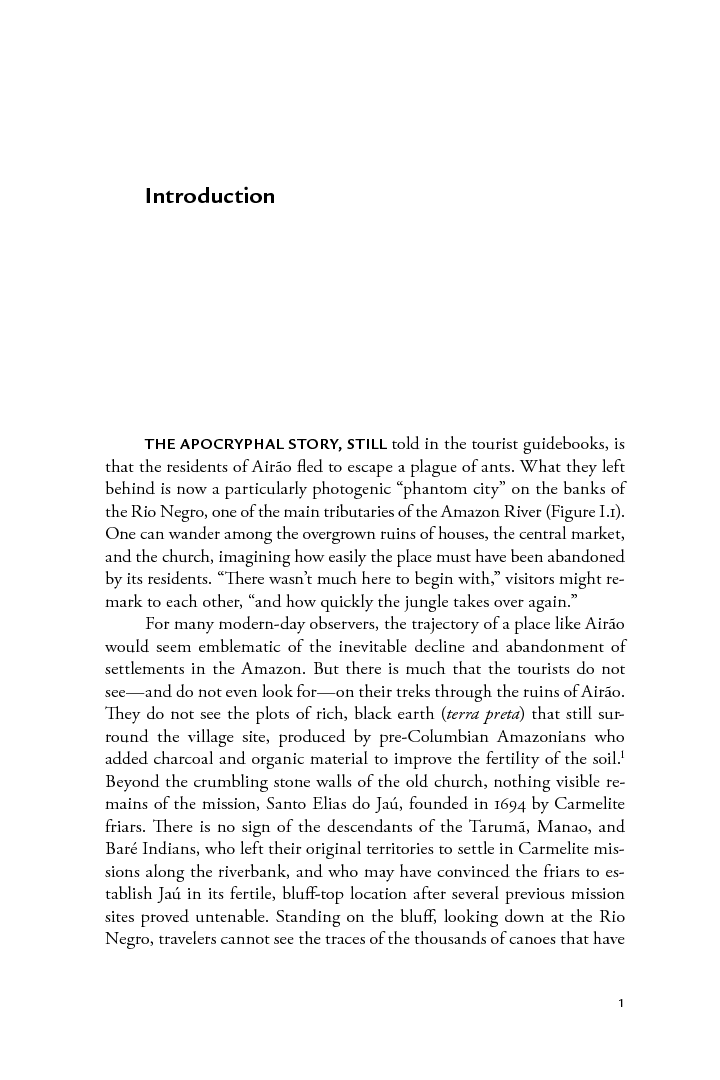