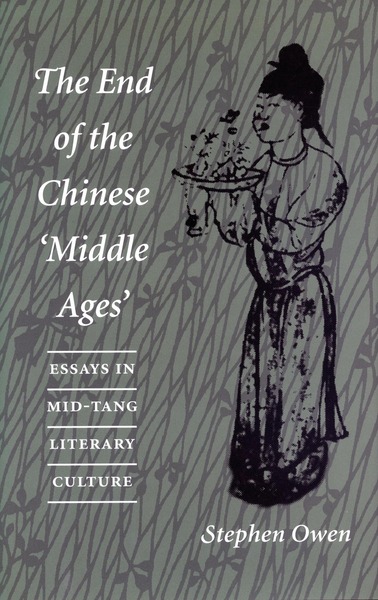 This book explores, through a series of essays, a set of interrelated elements that define the literary culture of China in the late eighth and early ninth centuries. This period, known as the Mid-Tang, broke with many of the intellectual habits of the “middle period” of Chinese culture and adumbrated many of the characteristics of China in the Song and later periods.

The first essay examines “singularity,” representations of identity as an assertion of superiority over others and as an alienation that brings rejection by others. The second essay addresses different ways of representing landscapes, showing the ways in which the underlying order of nature had become a problem in the Mid-Tang. The third essay discusses the tendency to offer hypothetical explanations for phenomena that either run contrary to received wisdom or try to account for situations usually thought not to require explanation. When carried out at the level of pure play, such subjective acts of interpretation are wit, and the fourth essay analyzes playfully inflated interpretations of domestic spaces and leisure activities as a discourse of private valuation, articulated against commonsense values.

Stephen Owen is Irving Babbitt Professor of Comparative Literature and Professor of Chinese at Harvard University. He is the author of several books, most recently Mi-lou: Poetry and the Labyrinth of Desire.