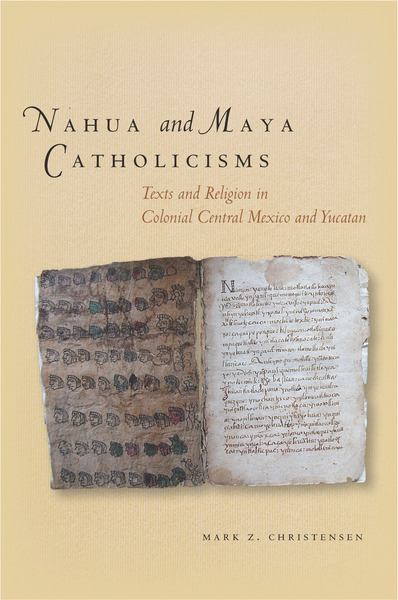 Nahua and Maya Catholicisms examines ecclesiastical texts written in Nahuatl and Yucatec Maya to illustrate the role of these texts in conveying and reflecting various Catholic messages—and thus Catholicisms—throughout colonial Central Mexico and Yucatan. It demonstrates how published and unpublished sermons, confessional manuals, catechisms, and other religious texts betray "official" and "unofficial" versions of Catholicism, and how these versions changed throughout the colonial period according to indigenous culture, local situations, and broader early modern events. The book's study of these texts also allows for a better appreciation of the negotiations that occurred during the evangelization process between native and Spanish cultures, the center and periphery, and between official expectations and everyday realities. And by employing both Nahuatl and Maya religious texts, Nahua and Maya Catholicism allows for a uniquely comparative study that expands beyond Central Mexico to include Yucatan.

"Christensen successfully provides definitive documentary evidence of not only the existence of various Catholicisms, but also the distinct ways in which Nahuas, Mayas, and Spaniards created, prescribed, and reflected the Christian message(s) at local and regional levels . . . Eminently readable and impeccably researched, Christensen's book provides a fine entry point for the reader with little or no previous knowledge of the evangelization of Indigenous peoples in colonial Mesoamerica. At the same time, his thorough treatment of some of the better-known canonical texts alongside rare and heretofore unknown archival finds are sure to please to specialist."

"Indigenous production of ritual texts is the focus of Mark Christensen's fine book, Nahua and Maya Catholocisms: Texts and Religion in Colonial Central Mexico and Yucatan . . . [T]his work is the product of enormous linguistic expertise (in Nahuatl and Yucatec Mayan) and achieves a deep understanding of religious change . . . Christensen's depth of research and linguistic skill cannot fail to impress."

"Mark Christensen has produced a remarkable work of scholarship . . . This is a book rich in interpretive acumen, fortified with impressive linguistic range. It reorders our understanding of the process of indigenous Christianization in New Spain in its comparative approach. It is an important contribution to an increasingly complex body of scholarship on the 'diversification' of Catholicism in colonial Latin America."

"Christensen has paid admirable attention to local diversity of religious experience and change over time in his finely grained analysis . . . It is a richly detailed, clearly written, and compelling addition to the historiography."

"This well-written, well-documented book adds to the contributions of scholars like Louise Burkhart to help in understanding the origins and nature of indigenous religious beliefs and practices in colonial Mexico. . . . Recommended."

"The analysis of the various prayers and their renditions in Nahuatl and Maya is fantastic. The study of the content of rituals such as baptism also contribute greatly to our understanding of how they functioned in the lives of everyday native peoples. Christensen's study of the variations observed in confessional guides serves to provide us with glimpses into the issues which the missionaries believed were of concern among their flock. The comparative content is especially rich. One of the greatest contributions of the work is the study of non-canonical texts, in which the author, based on the material already presented, analyzes these popular works. This is the most original part of the book and it makes it an even more valuable work."

"Through a skilled comparative analysis of seventy-one published and unpublished Nahuatl- and Maya-language sources representing more than three hundred years (1546–1855), Christensen successfully provides definitive documentary evidence of not only the existence of various Catholicisms, but also the distinct ways in which Nahuas, Mayas, and Spaniards created, prescribed, and reflected the Christian message(s) at local and regional levels....Eminently readable and impeccably researched." 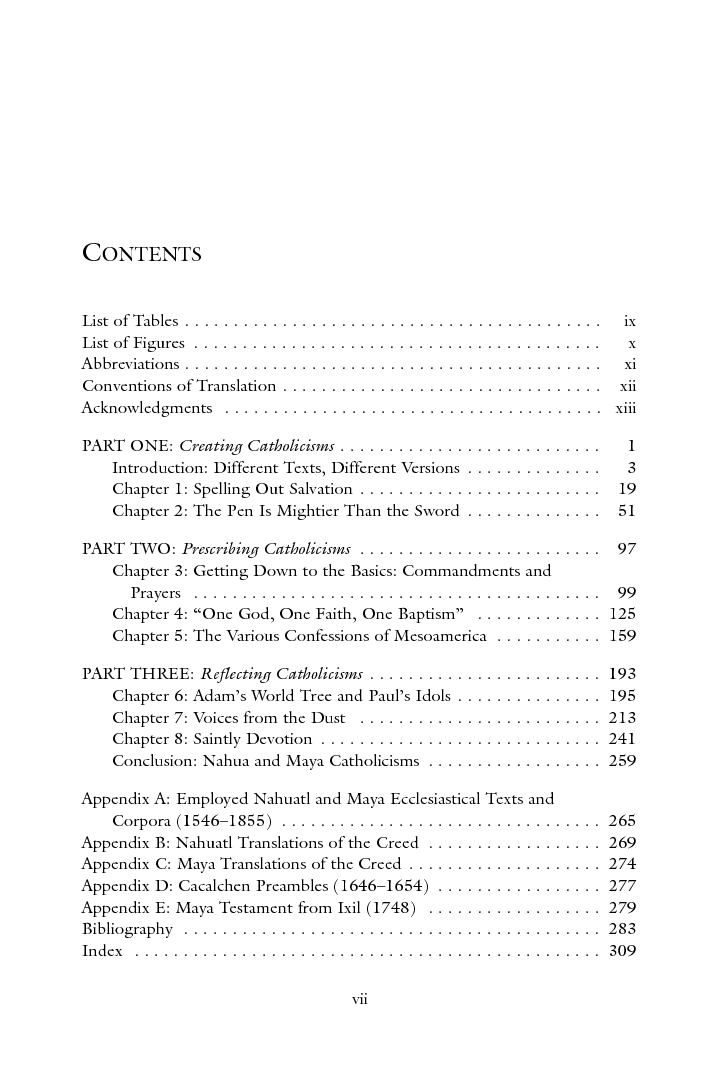 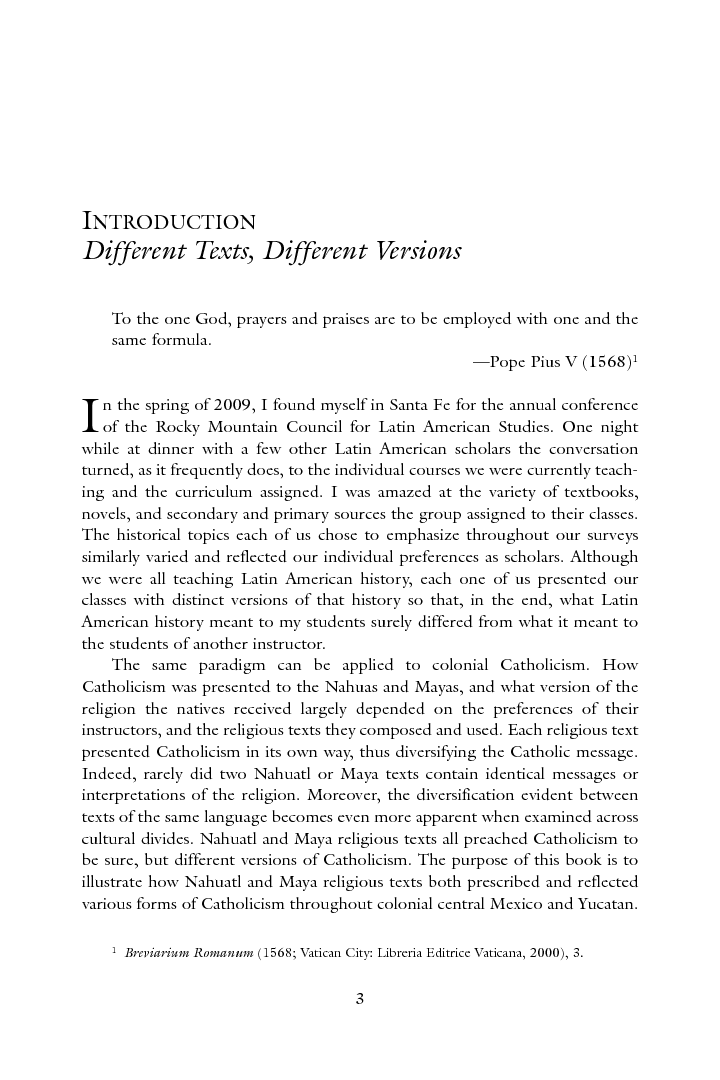