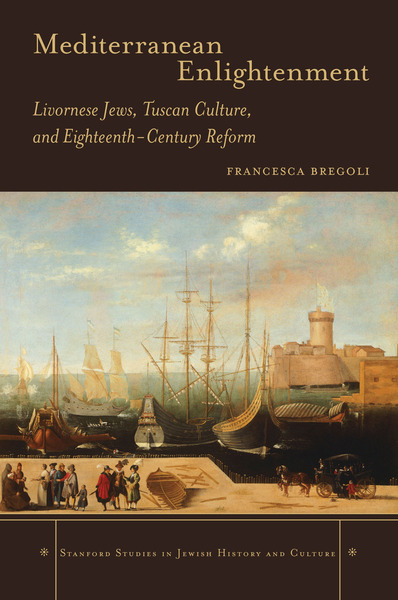 Finalist in the 2014 National Jewish Book Awards (both Sephardic Culture Category and Writing Based on Archival Material Category), sponsored by the Jewish Book Council.

The Mediterranean port of Livorno was home to one of the most prominent and privileged Jewish enclaves of early modern Europe. Focusing on Livornese Jewry, this book offers an alternative perspective on Jewish acculturation during the eighteenth century, and reassesses common assumptions about the interactions of Jews with outside culture and the impact of state reforms on the corporate Jewish community. Working from a vast array of previously untapped archival and literary sources, Francesca Bregoli combines cultural analysis with a study of institutional developments to investigate Jewish responses to Enlightenment thought and politics, as well as non-Jewish perceptions of Jews, through an exploration of Jewish-Christian cultural exchange, sites of sociability, and reformist policies. Mediterranean Enlightenment shows that Livornese Jewish scholars engaged with Enlightenment ideals and aspired to contribute to society at large without weakening the boundaries of traditional Jewish life. By arguing that the privileged status of Livorno Jewry had conservative rather than liberalizing effects, it also challenges the notion that economic utility facilitates Jewish integration, nuancing received wisdom about processes of emancipation in Europe.

Francesca Bregoli is Assistant Professor of History at Queens College, City University of New York, where she also holds the Joseph and Oro Halegua Chair in Greek and Sephardic Jewish Studies.

"Mediterranean Enlightenment is a long overdue cultural history of one of the largest and most important Jewish communities in the eighteenth century. Far more than merely a local study, though, it invites us to rethink the impact of the Enlightenment on European Jews and to reconsider the dynamics of acculturation and differentiation among different ethnic groups in the cosmopolitan port cities of the early modern period."

"Exploring a wide range of archival and literary sources, Francesca Bregoli combines cultural, intellectual, social, and political history to add nuance to the emerging picture of how communities and Jewish intellectuals interacted with Enlightenment culture and the reforming-absolutist state . . . Highly recommended for academic libraries."

"Despite the scholarly character of the book, meant to clarify how Jewish minorities related to non-Jewish cultural traditions in 18th-century Mediterranean regions, the book is very enjoyable even to a reader that is not specialized in Jewish studies . . . The book is without doubt an important contribution to the knowledge of Tuscan history and it also demonstrates the importance of studying Tuscany as a separate cultural and institutional reality."

"This is a complex story and one that Bregoli has finely crafted, for which she earns our thanks. This book is a book that must be read."

"This book fills a significant gap in Jewish and Italian historiographies in an impressive and exemplary fashion. It will immediately command attention as a major scholarly work."

"In Mediterranean Enlightenment, Francesca Bregoli marshals an array of new archival sources to illuminate Jewish intellectual, political, and cultural life in eighteenth century Livorno. This impressive and significant work of scholarship challenges the conventional narrative of the role of the Haskalah movement, of port cities, and of the very definition of what modernity and tradition meant for Jews. Its implications will resonate far beyond its particular subject."

"Ultimately, the major contribution of Mediterranean Enlightenment is the use of Livorno to reframe the eighteenth-century European Jewish experience by offering a different model of the dynamics of continuity and change...Bregoli's book deserves a place on the bookshelf next to the works of David Sorkin and Shmuel Feiner on Germany, David Ruderman and Todd Endelman on England, Lois Dubin on eighteenth-century Trieste, and Jay Berkovitz on Metz."

"Bregoli's work is groundbreaking not only because it refines our understanding of how the Enlightenment impacted different Jewish communities, but also because it forces us to re-evaluate the centrality of anti-religious thinking in the Enlightenment in general. Bregoli's study of Livorno provides a compelling case of a community that embraced modernity and the Enlightenment, even though it resisted the religious reforms that often came with it." 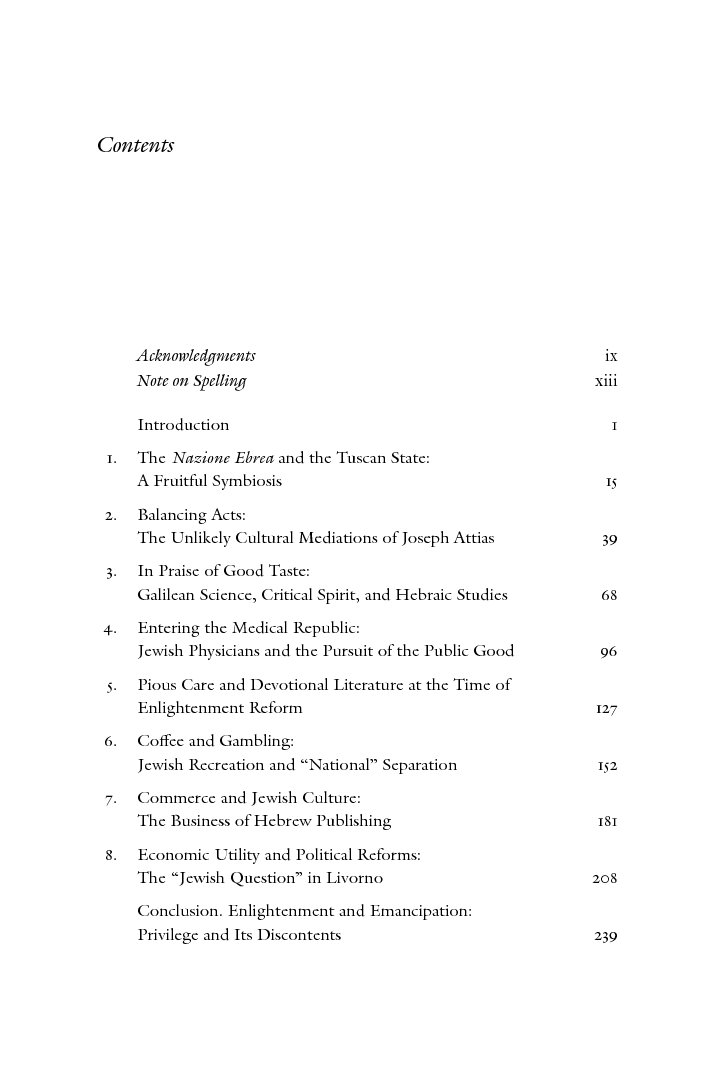 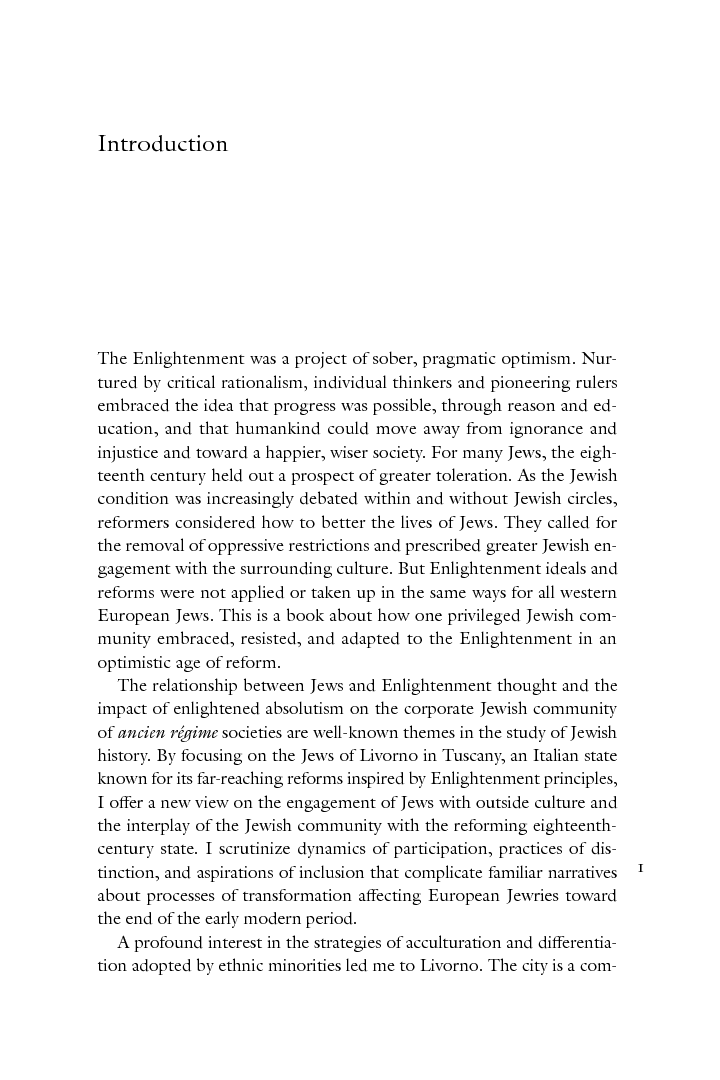