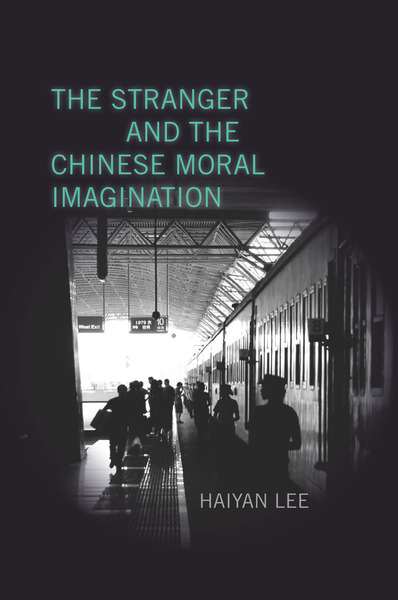 The Stranger and the Chinese Moral Imagination
Haiyan Lee

In the last two decades, China has become a dramatically more urban society and hundreds of millions of people have changed residence in the process. Family and communal bonds have been broken in a country once known as "a society of kith and kin." There has been a pervasive sense of moral crisis in contemporary China, and the new market economy doesn't seem to offer any solutions.

This book investigates how the Chinese have coped with the condition of modernity in which strangers are routinely thrust together. Haiyan Lee dismisses the easy answers claiming that this "moral crisis" is merely smoke and mirrors conjured up by paternalistic, overwrought leaders and scholars, or that it can be simply chalked up to the topsy-turvy of a market economy on steroids. Rather, Lee argues that the perception of crisis is itself symptomatic of a deeper problem that has roots in both the Confucian tradition of kinship and the modern state management of stranger sociality.

This ambitious work is the first to investigate the figure of the stranger—foreigner, peasant migrant, bourgeois intellectual, class enemy, unattached woman, animal—across literature, film, television, and museum culture. Lee's aim is to show that hope lies with a robust civil society in which literature and the arts play a key role in sharpening the moral faculties and apprenticing readers in the art of living with strangers. In so doing, she makes a historical, comparative, and theoretically informed contribution to the on-going conversation on China's "(un)civil society."

Haiyan Lee is Associate Professor of Chinese and Comparative Literature at Stanford University. She is the author of Revolution of the Heart: A Genealogy of Love in China, 1900–1950 (Stanford University Press, 2007), winner of the 2009 Joseph Levenson Prize (post–1900 China) from the Association for Asian Studies.

"In her masterful study of China's evolving cultures, Haiyan Lee examines encounters with ghosts and apparitions, animals, women (especially unattached women), maids and tenants, bourgeois intellectuals exiled to rural areas, class enemies, peasant migrants, and foreigners . . . Lee's detailed close readings bring alive the theoretical ideas concerning the promises and disappointments of living as strangers . . . Anyone concerned about the fate of the humanities will appreciate her thoughtful defence of visual and written culture as a collective endeavour in which readers and viewers participate in "public reasoning" grounded in empathy for the face of other."

"The Stranger and the Chinese Moral Imagination is a fascinating inquiry into modern Chinese social and cultural subjectivity in relation to its dialectic other—'the stranger.' It examines how the stranger—in gender, class, racial, ideological, transcendental, and even animalistic sense—has created a space where debates and desires concerning national identity, citizenry, and ethical institution are brought into play. This is a brilliant work."

"The Stranger and the Chinese Moral Imagination clarifies an alternative genealogy for a resolutely global other-directed moral imagination. Through sensitive analyses of stranger-figures (spirits, animals, women, foreigners) in modern Chinese imaginative literature, Haiyan Lee exhumes variant contexts for xenophobia or 'uncivil society' produced by the breakdown, as she argues, of associational life in Chinese political culture. Lee's passionate and urgent defense of a dissident and reparative 'stranger sociality' marks a significant breakthrough in transnational literary and critical studies." 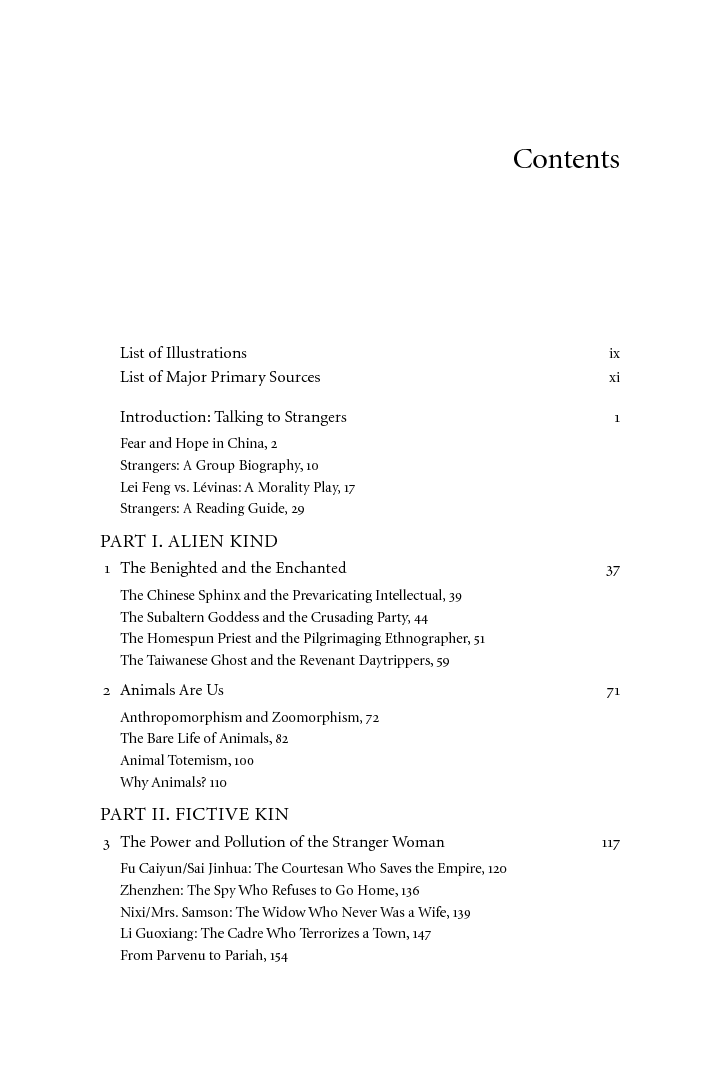 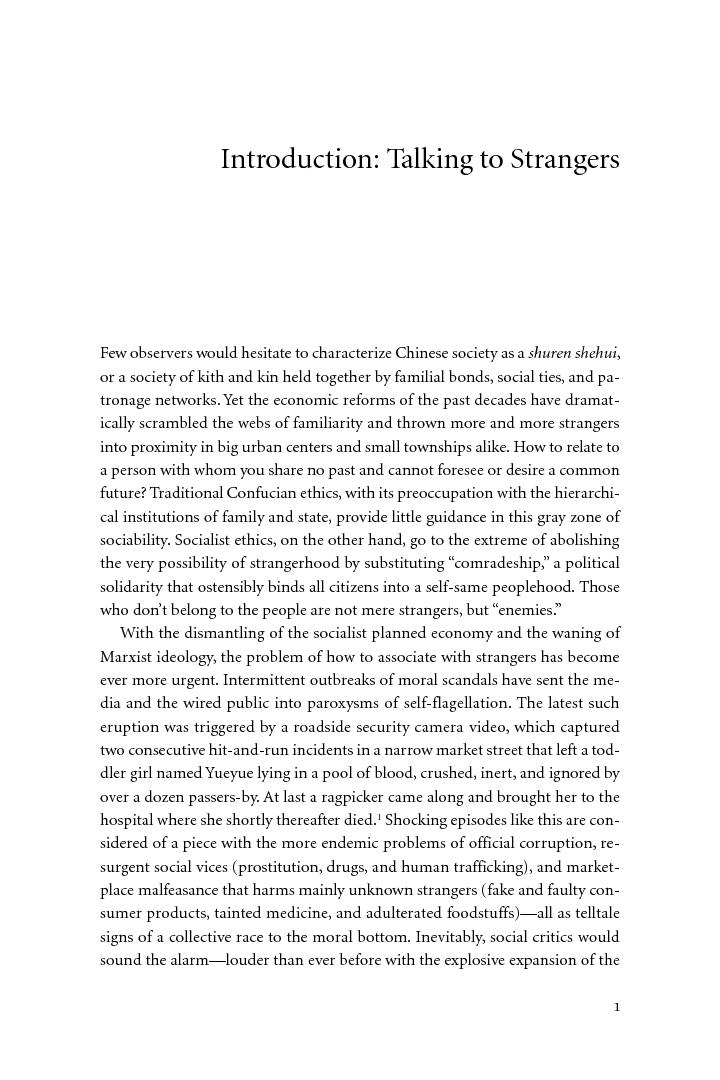 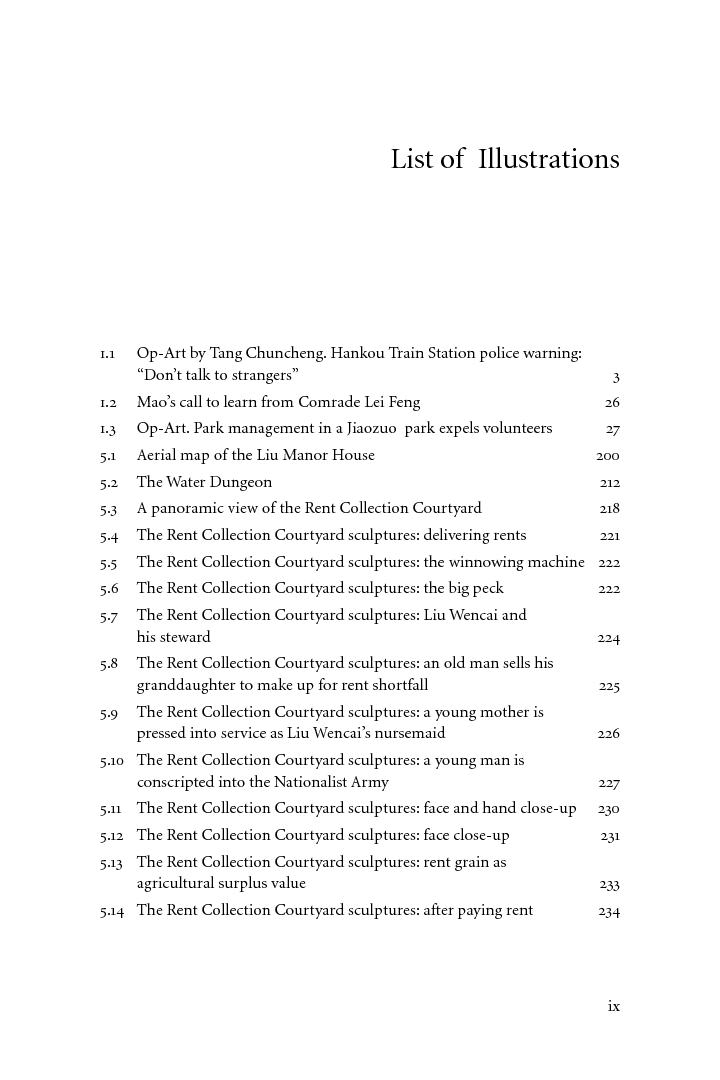