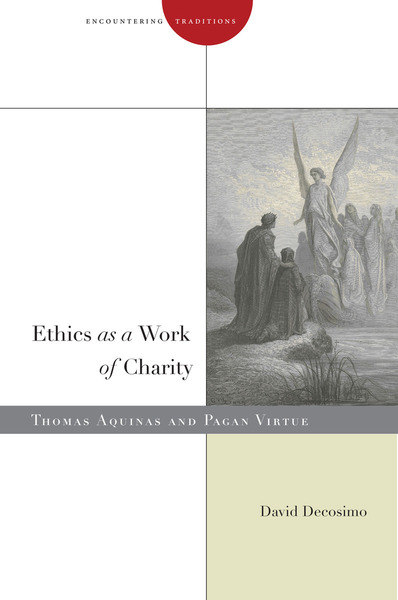 Winner of the 2016 Manfred Lautenschlaeger Award for Theological Promise, sponsored by Heidelberg University.

Most of us wonder how to make sense of the apparent moral excellences or virtues of those who have different visions of the good life or different religious commitments than our own. Rather than flattening or ignoring the deep difference between various visions of the good life, as is so often done, this book turns to the medieval Christian theologian Thomas Aquinas to find a better way. Thomas, it argues, shows us how to welcome the outsider and her virtue as an expression rather than a betrayal of one's own distinctive vision. It shows how Thomas, driven by a Christian commitment to charity and especially informed by Augustine, synthesized Augustinian and Aristotelian elements to construct an ethics that does justice—in love—to insiders and outsiders alike. Decosimo offers the first analysis of Thomas on pagan virtue and a reinterpretation of Thomas's ethics while providing a model for our own efforts to articulate a truthful hospitality and do ethics in our pluralist, globalized world.

David Decosimo is Assistant Professor of Theology at Boston University.

"This book is a substantial contribution to the literature on Thomas Aquinas's understanding of acquired moral virtue and the related issue of whether unbelievers can possess moral virtue . . . The book as a whole should make Thomas's moral theology more accessible to those who have not yet been exposed to it."

"[T]he author argues that Aquinas welcomes pagan virtues. All of humanity share in sin's brokenness and a desire for good. A capacity for virtue is thus part of what it means to be human . . . This important work shows us how central the virtues are for Aquinas's moral theology."

"[Decosimo] presents a lucid and innovative argument about the disputed status of 'pagan virtue' in debates in Christian ethics. To some readers, the very notion of 'pagan virtue' will raise eyebrows. Yet while most Christians today continue to believe that Christian faith permeates and transforms all aspects of a believer's life, most also affirm that people of any religious faith - or none - are capable of living virtuous lives . . . Ethics as a Work of Charity makes a substantial contribution to a perennial debate in Thomistic moral theology."

"Decosimo does painstaking exegetical work to show that the kind of virtue Thomas affirms of pagans is true virtue, a stable habit that generates good actions that perfect our natural capacities . . . Decosimo has helped us see a better way, recovering an aspect of Thomas's theological ethics with possibilities that have not always been acknowledged. [He] has written a landmark book of lasting importance."

"While Ethics as a Work of Charity contains many close readings and strives to settle any number of textual disputes, it is not at all a pedantic work. Its chief virtue lies in the thoughtful and imaginative use to which it puts these careful readings. Decosimo adopts a spirit that he finds in Aquinas himself, one that combines an insistence on attentiveness with an even greater insistence on charity. As a result, Decosimo puts his considerable philosophical skills to work in articulating a full and sophisticated account of habit, virtue, and human happiness drawn chiefly from Aquinas's mature writings."

"This is an important new work on the status of the virtues in Aquinas's moral theology. With a stunning command of the text and of the contemporary critical scene, David Decosimo argues that for St. Thomas, the pagan virtues are genuine virtues, that pagans achieve real good, and that such 'hyper-Augustinians' as John Milbank have not said the last word on the relation between virtue theory and moral theology. Decosimo's argument is compelling and opens up new paths for future work in the field."

"Ethics as a Work of Charity is a compelling and original contribution to both Aquinas scholarship and contemporary religious ethics. Historically and exegetically sensitive, Decosimo offers a close reading of Aquinas's influential account of pagan virtue in ways that provide a fresh resource for engaging religious and moral diversity without sacrificing conviction. By advancing a distinctively 'prophetic Thomism' that is at once deeply Aristotelian and deeply Augustinian, this book transcends many of the intellectual and political agendas that exacerbate the conflicts of our age. It should command the interest of many in philosophy, theology, and religious studies."

"A penetrating study of Aquinas's treatment of pagan virtue, showing its roots in Aristotle and Augustine and its relevance for contemporary ethics, while reaffirming the fundamental Christian conviction that virtue requires the action of grace. This is a major contribution to Aquinas interpretation and theological efforts to navigate religious diversity with fidelity and generosity."

"With great care Decosimo explicates Aquinas's understanding of the virtues of the pagan in a manner that challenges the presumption that Aquinas thought such virtues inherently deficient. To address this subject entails going to the heart of Aquinas's theology and ethics. Decosimo has done just that and in doing so helps us see what Aquinas's thought demands of us if we are to understand what it means to be God's creatures. This is a book that will demand both scholarly attention as well as the attention of the general reader."

"Decosimo's writing is precise and inviting, from the well-structured chapters down to the clear and manageable sentences. He explains Thomistic concepts well and with appropriate, contemporary examples. The book would be appropriate for classroom use at the masters' level and above...It will be an important resource to those interested in Aquinas as well as to Christians pursuing interreligious dialogue."

"Ethics as a Work of Charity is an impressive book on the whole and in its various moving parts. It will be of interest to those interested in virtue ethics, theology of religious outsiders, political Augustinians, and those interested in the relationship between theology and philosophy, faith and reason, natural and supernatural, and nature and grace."

"The core of Decosimo's book is a thorough, textually grounded and convincing reply to those who deny that, on Aquinas's view, true virtue is impossible without grace. As such, it represents an important contribution to an ongoing debate. At the same time, in the process of making his case against 'Augustinian' readings of Aquinas, Decosimo sets out an illuminating account of Aquinas's conception of virtue as a kind of perfection, together with insightful remarks on the development of the virtues, the structure of moral motivation, and the presuppositions for attaining stability of character."

"[Decosimo] generates a tapestry of themes—Aquinas on goodness, ends, desire, habit, sin, and grace—and each theme introduced and expounded with such care that the book is a rich and thorough resource both for undergraduate students and teachers alike." 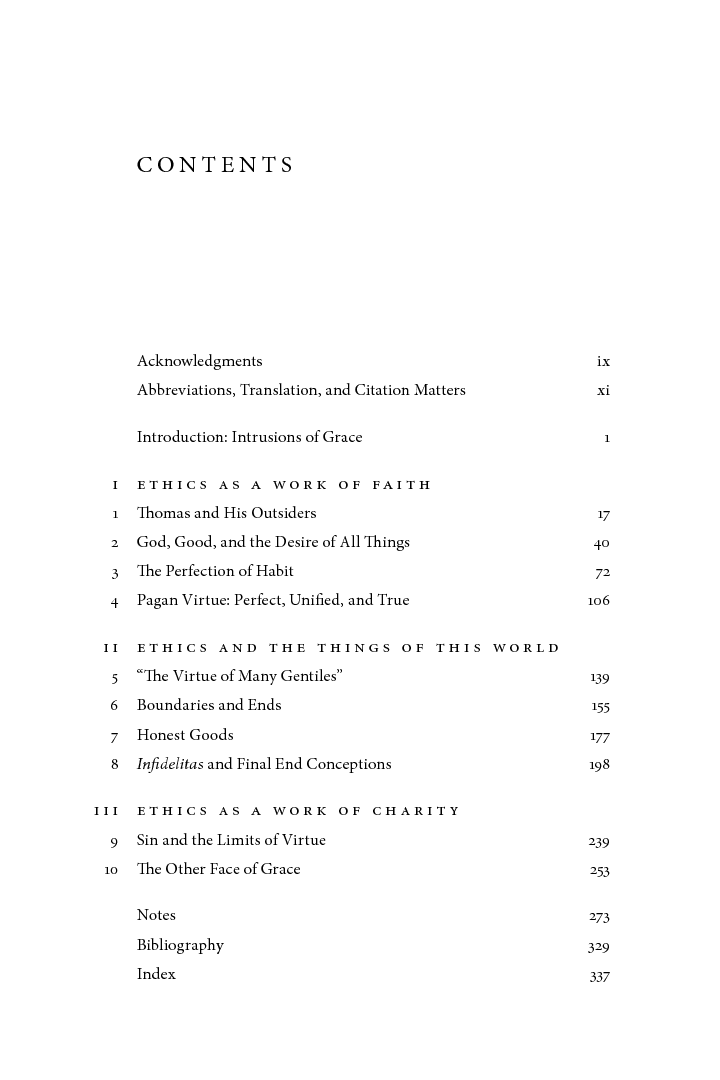 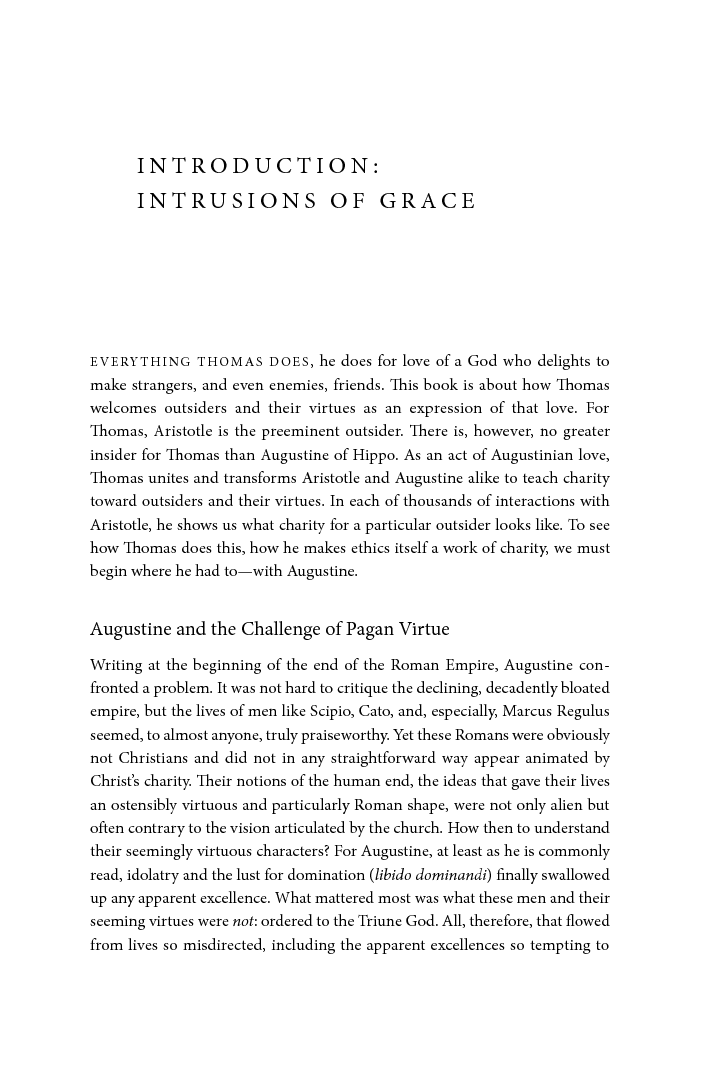 The Living Church
More in Religion—Theology