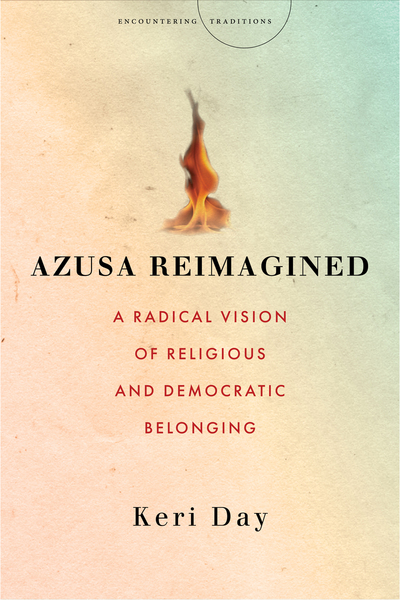 In Azusa Reimagined, Keri Day explores how the Azusa Street Revival of 1906, out of which U.S. Pentecostalism emerged, directly critiqued America's distorted capitalist values and practices at the start of the twentieth century. Employing historical research, theological analysis, and critical theory, Day demonstrates that Azusa's religious rituals and traditions rejected the racial norms and profit-driven practices that many white Christian communities gladly embraced.

Through its sermons and social practices, the Azusa community critiqued racialized conceptions of citizenship that guided early capitalist endeavors such as world fairs and expositions. Azusa also envisioned deeper democratic practices of human belonging and care than the white nationalist loyalties early U.S. capitalism encouraged. In this lucid work, Day makes Azusa's challenge to this warped economic ecology visible, showing how Azusa not only offered a radical critique of racial capitalism but also offers a way for contemporary religious communities to cultivate democratic practices of belonging against the backdrop of late capitalism's deep racial divisions and material inequalities.

Keri Day is Associate Professor of Constructive Theology and African American Religion at Princeton Theological Seminary. She is the author of Unfinished Business: Black Women, the Church and the Struggle to Thrive in America (2012), Religious Resistance to Neoliberalism: Womanist and Black Feminist Perspectives (2015), and Notes of a Native Daughter: Testifying in Theological Education (2021).

"Day's account of the democratic possibilities of life unleashed by the feminist and womanist founding of black Pentecostalism is groundbreaking. This book will redirect moral philosophy and political theology for generations."

"Azusa Reimagined offers a pathway out of racial capitalism and a radical religious means to advance democracy, all based on Day's analysis of early Pentecostalism. This is a stunning, theoretically groundbreaking book."

"Cogent and revelatory in its analysis, this is the book for which we have been waiting! Day seamlessly ties the origins of black Pentecostalism to a progressive politics that challenged America's status quo."