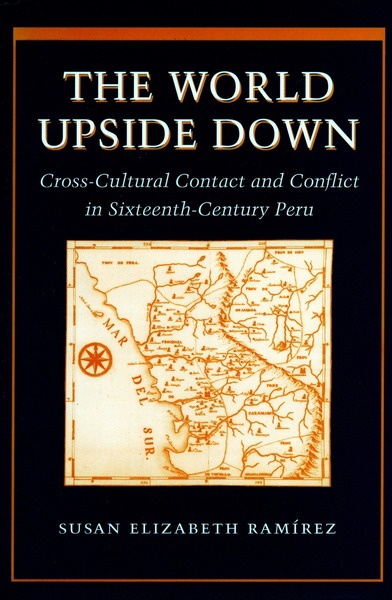 The old saying that “history is written by the victors” certainly applies to most of the history of European colonialism in Spanish America. However, in recent decades scholars have begun to study the Spanish conquest and early colonialization of America from the point of view of the native Americans in an attempt to right this imbalance. Taking the perspective of the vanquished, the author aims to determine and explain some of the general principles on which the pre-Hispanic Andeans’ lives were based.

The book describes how the imposed Spanish colonial system altered the organization and belief systems of the native inhabitants of northern Peru during the first fifty years or so after the Spanish conquest. By centering on an area that was incorporated into the Inca empire relatively late (1460’s-70’s), the book offsets the Cuzco focus of much of the existing literature in Inca history and culture. It explores the impact of expanding colonialism on indigenous ideas about leadership and legitimacy, the supernatural and morality, land tenure, service and allegiance, and wealth.

"This is a significant contribution to the field. . . . The careful and sophisticated analysis of the indigenous view of the effects of the Spanish invasion is a model of how to do ethnohistory."

"An impressive and valuable contribution to our understanding of Andean ethnohistory."