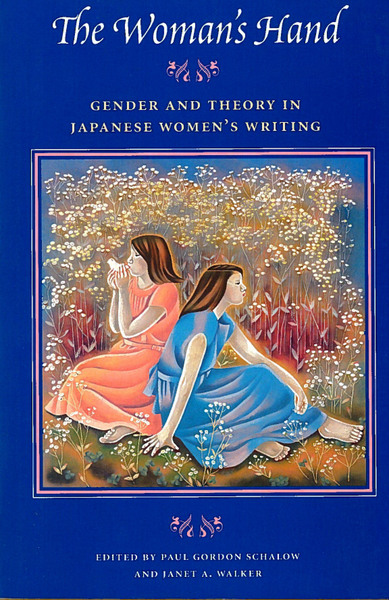 The Woman’s Hand
Gender and Theory in Japanese Women’s Writing
Edited by Paul Gordon Schalow and Janet A. Walker

This volume has a dual purpose. As a study of Japanese literature, it aims to define the state of Japanese literary studies in the field of women’s writing and to point to directions for future research and inquiry. As a study of women’s writing, it presents cross-cultural interpretations of Japanese material of relevance to contemporary work in gender studies and comparative literature. The essays demonstrate various critical approaches to the tradition of Japanese women’s writing—from a consideration of theoretical issues of gendered writing in classical and modern literature to a consideration of the themes and styles of a number of important contemporary writers.

Paul Gordon Schalow is Associate Professor of Japanese Literature at Rutgers University. He is the translator of Ihara Saikaku's The Great Mirror of Male Love (Stanford, 1990). Janet A. Walker is Associate Professor of Comparative Literature at Rutgers University. She is the author of The Japanese Novel of the Meiji Period and the Ideal of Individualism.