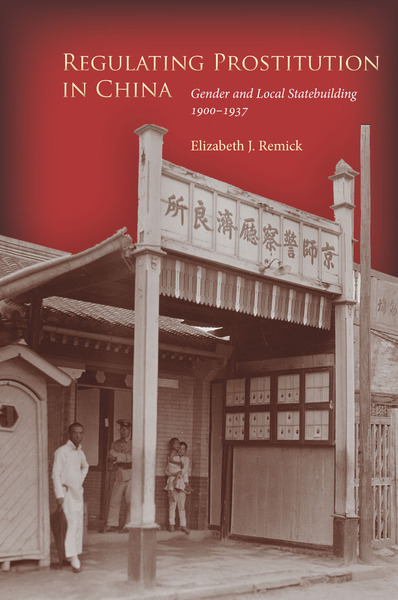 In the early decades of the twentieth century, prostitution was one of only a few fates available to women and girls besides wife, servant, or factory worker. At the turn of the century, cities across China began to register, tax, and monitor prostitutes, taking different forms in different cities. Intervention by way of prostitution regulation connected the local state, politics, and gender relations in important new ways. The decisions that local governments made about how to deal with gender, and specifically the thorny issue of prostitution, had concrete and measurable effects on the structures and capacities of the state.

This book examines how the ways in which local government chose to shape the institution of prostitution ended up transforming local states themselves. It begins by looking at the origins of prostitution regulation in Europe and how it spread from there to China via Tokyo. Elizabeth Remick then drills down into the different regulatory approaches of Guangzhou (revenue-intensive), Kunming (coercion-intensive), and Hangzhou (light regulation). In all three cases, there were distinct consequences and implications for statebuilding, some of which made governments bigger and wealthier, some of which weakened and undermined development. This study makes a strong case for why gender needs to be written into the story of statebuilding in China, even though women, generally barred from political life at that time in China, were not visible political actors.

Elizabeth J. Remick is Associate Professor of Political Science at Tufts University. She is the author of Building Local States: China During the Republican and Post-Mao Eras (2004).

"Elizabeth Remick's Regulating Prostitution in China is a welcome contribution to the growing literature on modern Chinese state building. Similar to the best scholarship in this subfield of study, it offers a complex portrait of state-building initiatives that were developed over the course of the tumultuous first decades of the twentieth century . . . Regulating Prostitution in China offers a unique contribution to the Chinese state-building literature and an important addition to the study of gender in late Qing and Republican China, and will enliven undergraduate and graduate courses focused on early twentieth-century Chinese history and gender and modern China."

"Regulating Prostitution in China usefully details three different legalization regimes in different cities in China . . . [Remick] offers valuable and fascinating detail about each of her three cases, explaining the political history, geography, and practices of sex work in each city . . . [T]he connections she draws between gender and sex work in a historical setting can prompt us as readers to ask important questions about the gender politics of sex work, policy, and activism today."

Eschewing theoretical cant and abstruse number crunching, Elizabeth J. Remick has written the kind of political science that historians like: one that is richly documented in archives and other primary sources and tells an important story about historical change that is interesting in its own right but also of broader comparative significance. Remick's excellent book brings the perspective of gender to bear on state building in early-twentieth-century China through case studies of the regulation of prostitution in three cities, Hangzhou, Kunming, and Guangzhou, each of which exemplifies a distinct approach to the issue."

"[Remick's] study of the newly erected local and provincial government regulatory regimes is a pathbreaking demonstration of how the regulation of gender roles was at the heart of state-building efforts in early twentieth-century China . . . Remick should be admired for the way in which [she has] written these rather depressing subjects into fascinating histories."

"[T]his book should be welcomed by scholars who have an interest in topics such as gender, state building, history, and prostitution in China."

"Regulating Prostitution in China is a pioneering work of political and social analysis that honestly and forcefully explores the very different ways local governments in China in the early 20th century grappled with the moral and governmental challenges posed by prostitution. The current global discussion over whether prostitution should be legalized, regulated, or abolished finds illuminating antecedents in a series of fascinating and cautionary case studies that expose the ways in which toxic cocktails of criminality, greed, corruption, the endemic exploitation of women, and, sadly, good intentions can lead to one bad policy outcome after another."

"This thoughtful and surprising study takes us into the world of three Chinese cities in the early twentieth century. There we find prostitution much on the minds of local officials—a challenge to local social order, and also a substantial source of tax revenue for roads, education, and policing. Remick provides a powerful account of the regulation of gender and sexuality at the heart of China's modern state-building."

"Considering it as an exemplary work historical investigation and theorisation, Remick's work on prostitution regulation does not only provide valuable insights for researchers interested in the relation between gender, modernisation and state-building, but also serves as interesting read of localised history of modern China." 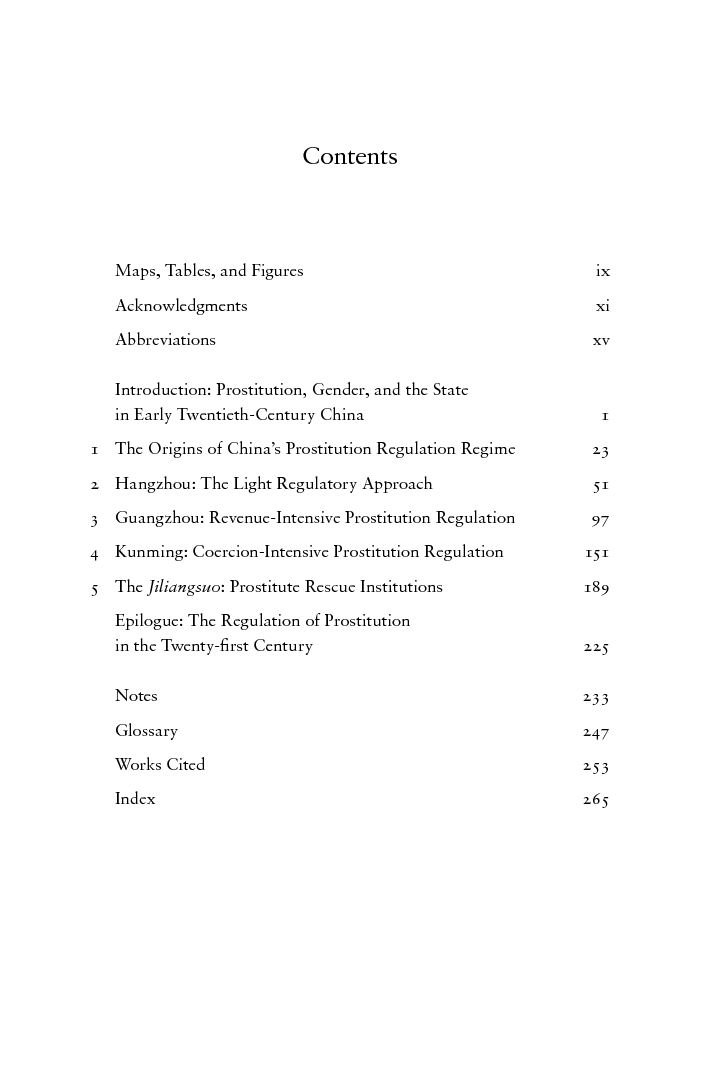 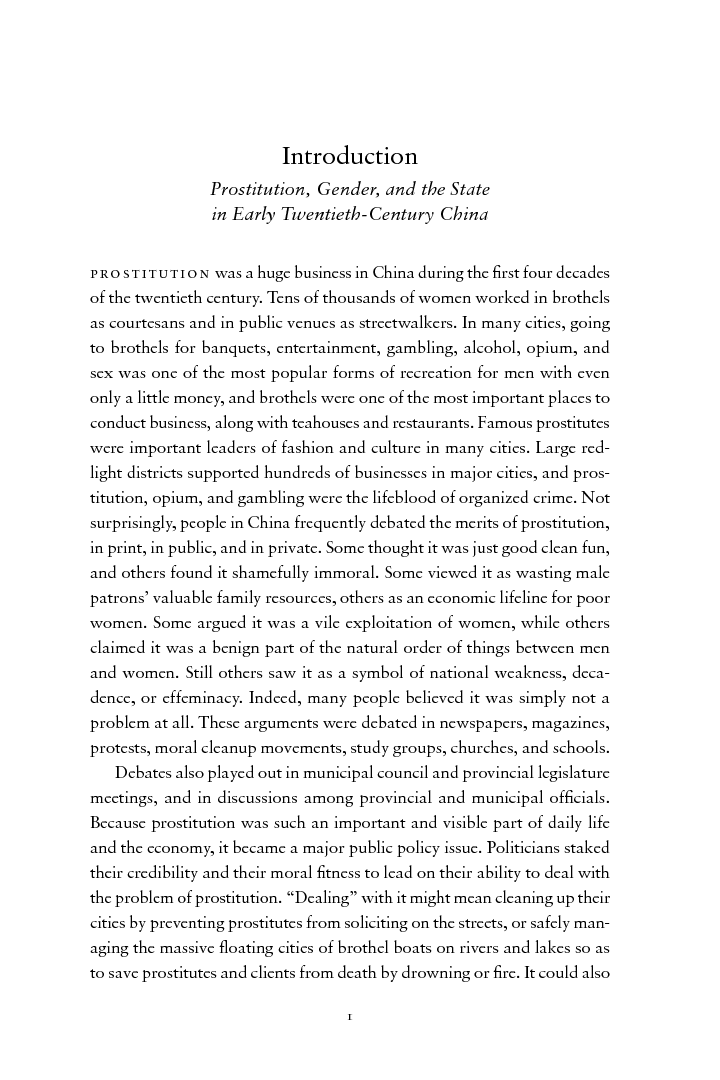