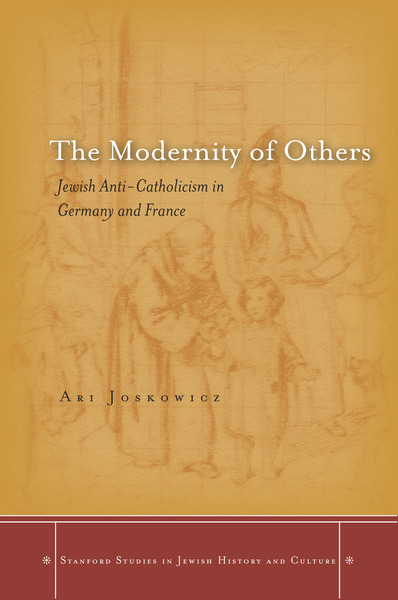 The Modernity of Others
Jewish Anti-Catholicism in Germany and France
Ari Joskowicz
SERIES: Stanford Studies in Jewish History and Culture

Finalist in the 2015 Jordan Schnitzer Prize, sponsored by the Association of Jewish Studies.

The most prominent story of nineteenth-century German and French Jewry has focused on Jewish adoption of liberal middle-class values. The Modernity of Others points to an equally powerful but largely unexplored aspect of modern Jewish history: the extent to which German and French Jews sought to become modern by criticizing the anti-modern positions of the Catholic Church. Drawing attention to the pervasiveness of anti-Catholic anticlericalism among Jewish thinkers and activists from the late eighteenth to the early twentieth century, the book turns the master narrative of Western and Central European Jewish history on its head. From the moment in which Jews began to enter the fray of modern European politics, they found that Catholicism served as a convenient foil that helped them define what it meant to be a good citizen, to practice a respectable religion, and to have a healthy family life. Throughout the long nineteenth century, myriad Jewish intellectuals, politicians, and activists employed anti-Catholic tropes wherever questions of political and national belonging were at stake: in theoretical treatises, parliamentary speeches, newspaper debates, the founding moments of the Reform movement, and campaigns against antisemitism.

"[The Modernity of Others] is an ambitious and, in many ways, impressive first book . . . Joskowicz has brought Jews into the history of the development of liberalism. He has successfully demonstrated how histories of antisemitism, anticlericalism, and anti-Catholicism can shed light on one another when they are considered together . . . [H]is work makes an important contribution to the historiography of modern Western Europe."

"Reading Ari Joskowicz's The Modernity of Others, I imagine myself attending a chess tournament. I see and follow Jews and Catholics positioning themselves on a discursive chessboard. . . . Joskowicz understands secularism as various attempts to define the proper place of religion in politics and society as expressed in conversations about the modernity of Others[.] . . . If I am reminded of a chess tournament, it is no doubt due to the relational approach Joskowicz explicitly sets forth in his book: he is attentive to actors' arguments and notices that they are not predetermined; they respond to each other while shaping views at the same time."

"Ari Joskowicz offers a fascinating history of Jewish engagement in anti-Catholic rhetoric in nineteenth-century Germany and France . . . The Modernity of Others is carefully researched and eminently readable study of a neglected topic that deserves a wide audience."

"Joskowicz has written a very fine study which will greatly interest scholars of Jewish, French and German history, anticlericalism and anti-Catholicism and more broadly, the development of secularism. It is an exciting period when we see works with this level of scholarship and ambition."

"In this extraordinary work of scholarship, Ari Joskowicz explores the ways in which Jewish public figures—scholars, journalists, parliamentarians, rabbis—used anti-Catholicism and anticlericalism to construct a collective Jewish identity compatible with a modern national identity . . . Joskowicz has mastered the historical narratives and the historiographical traditions of two of the most studied countries in modern Europe, in addition to the literature produced in four languages about the Jews in both national traditions. He moves effortlessly between or among all of these. This is a stunning and stimulating work of scholarship."

"[The Modernity of Others is a] probing, nuanced, and carefully written volume . . . This is a complex story with sometimes-subtle variations, which could easily lose the inattentive reader. Fortunately, introductions and conclusions in each chapter helpfully keep the essence of the analysis in view . . . Joskowicz has done a remarkable job in accomplishing his principal goal. He has mastered a mass of primary and secondary material and brought genuine novelty to our understanding of the Jewish experience in nineteenth-century Germany and France. His book should be read by all serious students of the subject."

"His analysis of the Jewish intelligentsia and the public sphere pulls from a wide range of sources, including literary works, the press, and parliamentary disputes . . . Organized topically and chronologically, this important contribution to modern Jewish history will challenge advanced students and faculty with its nuanced and compelling thesis . . . Highly recommended."

"With impressive erudition, Ari Joskowicz straddles the divide between French and German history in this important new book about Jewish anti-Catholicism. Not a typical comparative study, The Modernity of Others shows that these histories are 'entangled' rather than fully separate, interacting with one another while remaining distinct. This fascinating approach provides new ways to think about Jewish modernization, as well as about the construction of 'secularism' in modern France and Germany." 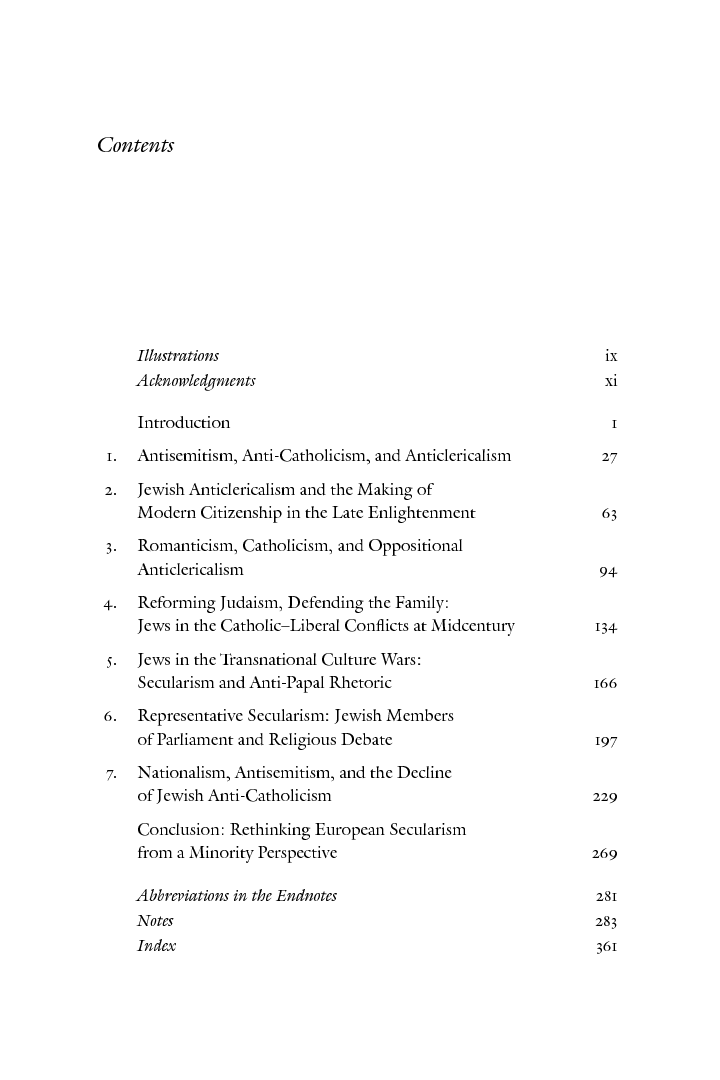 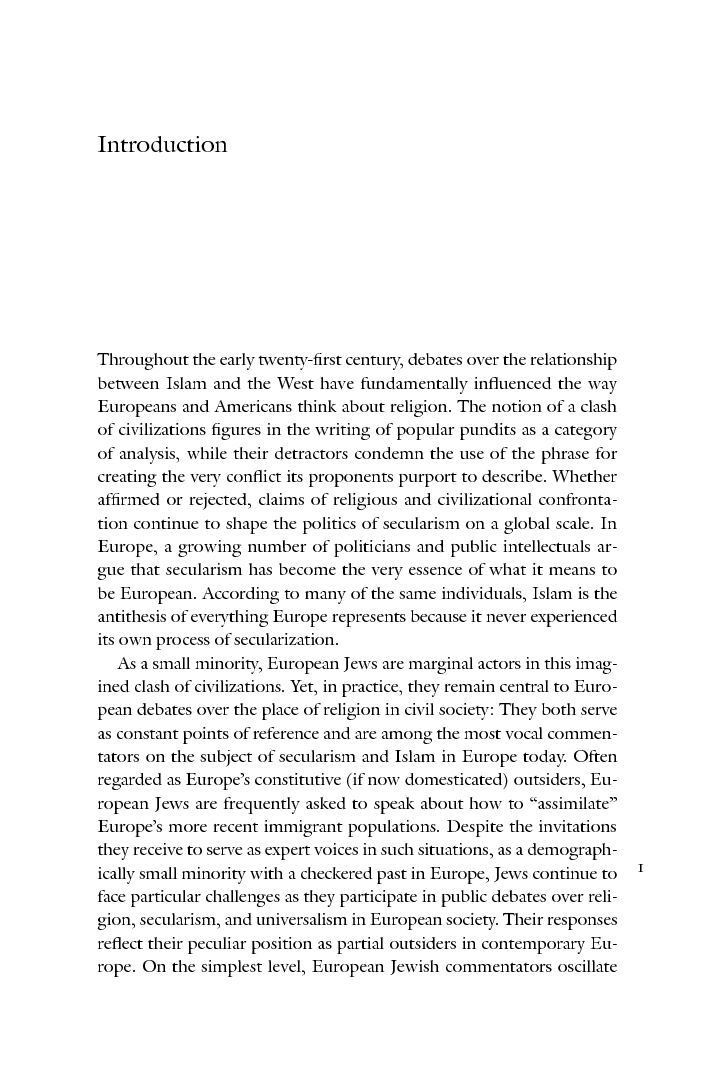 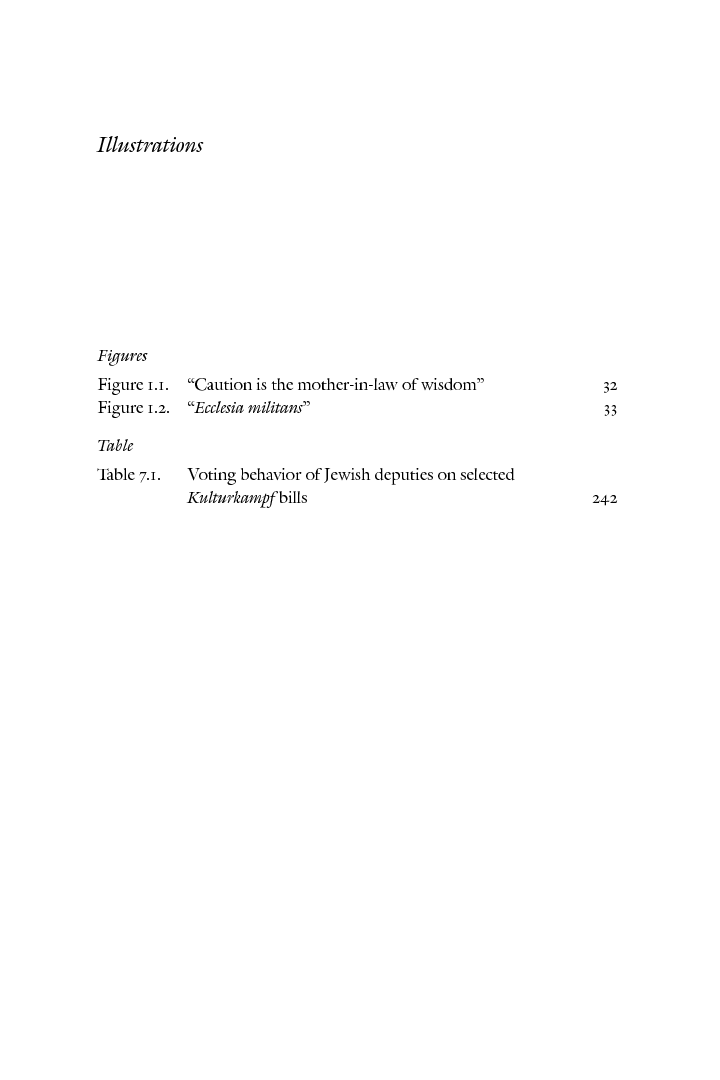