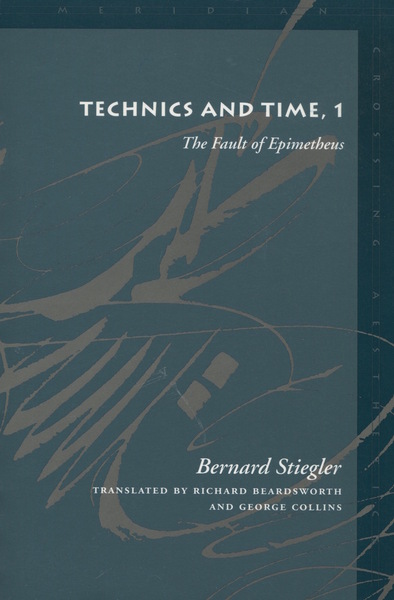 What is a technical object? At the beginning of Western philosophy, Aristotle contrasted beings formed by nature, which had within themselves a beginning of movement and rest, and man-made objects, which did not have the source of their own production within themselves. This book, the first of three volumes, revises the Aristotelian argument and develops an innovative assessment whereby the technical object can be seen as having an essential, distinct temporality and dynamics of its own.

The Aristotelian concept persisted, in one form or another, until Marx, who conceived of the possibility of an evolution of technics. Lodged between mechanics and biology, a technical entity became a complex of heterogeneous forces. In a parallel development, while industrialization was in the process of overthrowing the contemporary order of knowledge as well as contemporary social organization, technology was acquiring a new place in philosophical questioning. Philosophy was for the first time faced with a world in which technical expansion was so widespread that science was becoming more and more subject to the field of instrumentality, with its ends determined by the imperatives of economic struggle or war, and with its epistemic status changing accordingly. The power that emerged from this new relation was unleashed in the course of the two world wars.

Working his way through the history of the Aristotelian assessment of technics, the author engages the ideas of a wide range of thinkers—Rousseau, Husserl, and Heidegger, the paleo-ontologist Leroi-Gourhan, the anthropologists Vernant and Detienne, the sociologists Weber and Habermas, and the systems analysts Maturana and Varela.