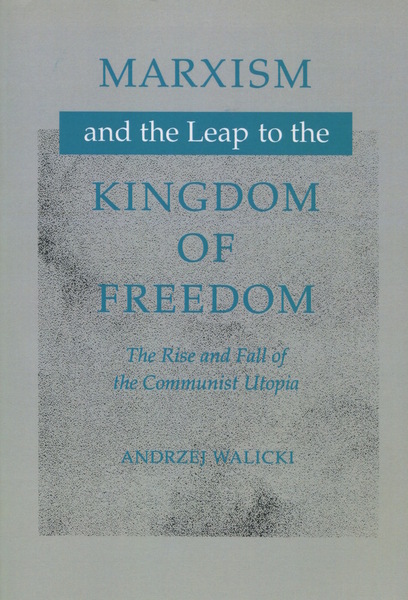 The aim of this book is to carefully reconstruct Marx and Engels's theory of freedom, to highlight its centrality for their vision of the communist society of the future, to trace its development in the history of Marxist thought, including Marxism-Leninism, and to explain how it as possible for it to be transformed at the height of its influence into a legitimization of totalitarian practices.

The relevance of the Marxist conception of freedom for an understanding of communist totalitarianism derives from the historical fact that the latter came into being as a the result of a conscious, strenuous striving to realize the former. The Russian Revolution suppressed "bourgeois freedom" to pave the way for the "true freedom" of communism. Totalitarianism was a by-product of this immense effort.

The last section of the book gives a concise analysis of the dismantling of Stalinism, involving not only the gradual detotalitarization but also the partial decommunization of "really existing socialism."

Throughout, Marxism is treated as an ideology that has compromised itself but that nevertheless deserves to be seen as the most important, however exaggerated and, ultimately, tragically mistaken, reaction to the multiple shortcomings of capitalist societies and the liberal tradition.

Andrzej Walicki is O'Neill Professor of History at the University of Notre Dame.

"Walicki makes a significant contribution to debates over reasons for the collapse of international communism. A book of such monumental scope will arouse controversies among Marxologists, but this book is an intellectual tour de force, rarely equaled in studies of Marxism."

"This book is a product of mature scholarship which serves to confirm anew Walicki's skill as an intellectual historian and his gift for the felicitous expression of his ideas. It is to be recommended to anyone seeking to go beyond a basic introduction to Marxist thought, and it may offer fresh insight to those already familiar with the sources reviewed by Walicki."

"It is impossible to describe the intelligence, precision, nuance, and sophistication of Walicki's exposition and argument in a brief review. The author is consistently forceful without being crude, and he maintains a high intellectual level while dealing with extremely controversial and even inflammatory subjects. indeed, the book is also an important work of historiography, because it discusses, often at length, and in an incisive manner, much literature in the fields of Marxism and Soviet studies. . . . In sum, Walicki has written another major and masterful book."