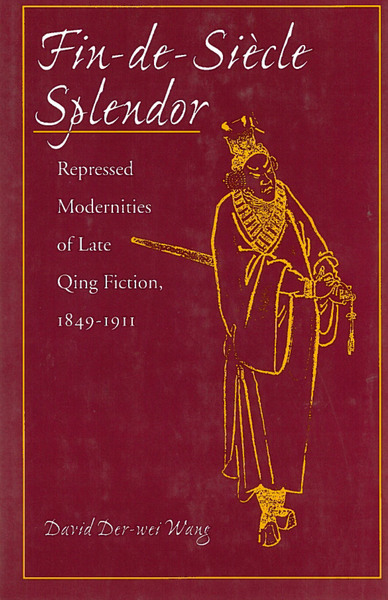 The reigning view of literary historians has been that the May Fourth movement of 1919 marks the division between the traditional and the modern in Chinese literature. This book argues that signs of reform and innovation can be discerned long before May Fourth, and that as China entered the arena of modern, international history in the late Qing, it was already developing its own complex matrix of incipient modernities. It demonstrates that late Qing fiction nurtured a creative, innovative poetics, one that was spurned by the reformers of the May Fourth generation in favor of Western-style realism.

The author recognizes that a full account of modern Chinese fiction needs to ask why so many genres, styles, themes, and figures found in late imperial fiction were repressed by "modern" Chinese literary discourse. He focuses on four genres of late Qing fiction that have been either rudely dismissed in pejorative terms or simply ignored: depravity romances, court-case and chivalric cycles, grotesque exposés, and scientific fantasies. The author shows that in spite of the realist orthodoxy that has dominated Chinese literature since the May Fourth movement, these unwelcome genres have continually found their way back into mainstream discourse, their influence being increasingly evident in recent decades.

This first comprehensive study of late Qing fiction discusses more than sixty works, at least half of which have rarely or never been dealt with by Western or Chinese scholars. Richly informed by contemporary literary theory, this book constitutes a polemical rethinking of the nature of Chinese literary and cultural modernity.

David Der-wei Wang is Professor of Chinese Literature at Columbia University. He is the author, most recently, of Fictional Realism in Twentieth-Century China: Mao Dun, Lao She, Shen Congwen.