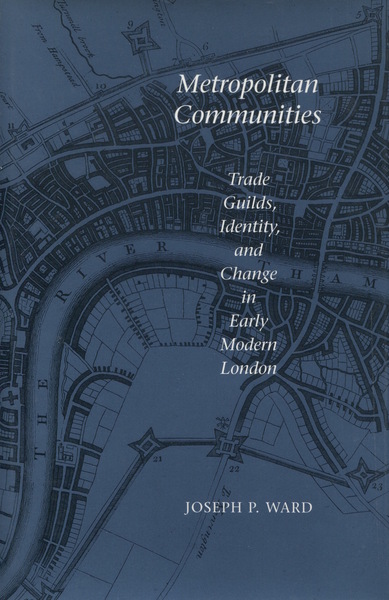 Many long-held assumptions of historians and literary critics are sharply challenged in this interpretation of the cultural consequences of social, economic, and political change in early modern London. During the sixteenth and seventeenth centuries, greater London’s population nearly quintupled, surpassing 500,000 before 1700, making it Europe’s largest metropolis. Contemporaries often complained that the many problems accompanying this urban development were the result of immigrants flocking to the rapidly expanding suburbs around the City of London. Such complaints assumed that immigrants chose to live outside the City in order to avoid the economic oversight of its trade guilds.

Sharing such assumptions, many scholars have found an inherent conflict between residents of the traditional, orderly City and those of the relatively licentious suburbs. According to their view, this conflict encouraged both the decline of the guilds and the appearance of new forms of representation in Renaissance literature, notably in the plays staged in suburban theatres. The author offers an alternative to this view of London’s expansion.

His argument begins with an analysis of sermons, tracts, and poems suggesting that some Londoners of the time considered the suburbs subject to the same kinds of authority as the City, which consequently made them integral parts of the metropolis. The author then draws on the records of more than twenty guilds to demonstrate that many members lived and worked in the suburbs and were as capable of flaunting City traditions and authority as immigrants; trade guilds, therefore, were metropolitan by nature.

However, the extent to which guilds continued to offer a sense of community—of meaningful association—to their members depended in turn on the desire of individual members to identify themselves with their guild’s goals and values. The author argues that guilds, as principal sites for the collision of tradition and innovation, generally took a flexible approach to change rather than simply trying to prevent it.