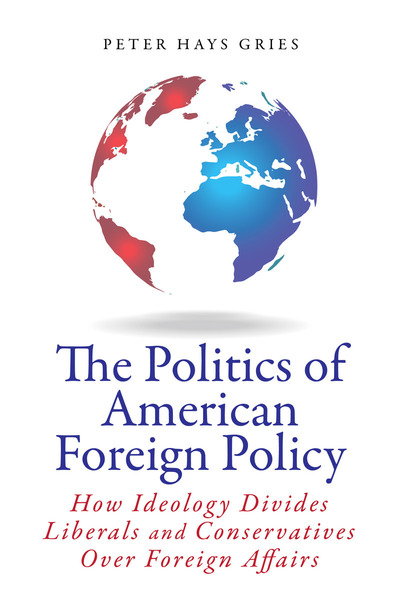 In this provocative book, Peter Gries directly challenges the widely held view that partisan elites on Capitol Hill are out of touch with a moderate American public. Dissecting a new national survey, Gries shows how ideology powerfully divides Main Street over both domestic and foreign policy and reveals how and why, with the exception of attitudes toward Israel, liberals consistently feel warmer toward foreign countries and international organizations, and desire friendlier policies toward them, than conservatives do. And because most Congressional districts have become hyper-partisan, many politicians today cater not to the "median voter" in their districts, but to the primary voters who elect them. The perverse incentives of the U.S. electoral system, therefore, are empowering the ideological extremes, contributing to elite partisanship over American foreign policy.

The Politics of American Foreign Policy weaves seamlessly together in-depth examinations of the psychological roots and foreign policy consequences of the liberal-conservative divide, the cultural, socio-racial, economic, and political dimensions of American ideology, and the moral values and foreign policy orientations that divide Democrats and Republicans. Within this context, the book explores in detail why American liberals and conservatives disagree over US policy relating to Latin America, Europe, the Middle East, East Asia, and international organizations such as the UN.

Peter Hays Gries is the Harold J. & Ruth Newman Chair & Director, Institute for US-China Issues and Professor in the Department of International and Area Studies at the University of Oklahoma. He is the author of China's New Nationalism: Pride, Politics, and Diplomacy, and coeditor of Chinese Politics and State and Society in 21st-Century China.

"Peter Gries makes a convincing case that the partisan paralysis that has distorted our domestic politics has had a surprisingly powerful effect on foreign policy as well. He challenges the conventional wisdom both among academic political scientists and among journalists and political practitioners about the way public sentiments shape American decisions on war and peace. This is an eye-opening analysis for anyone concerned about America's place in the world."

"Our dysfunctional political system is a national embarrassment. Whether the issue is the budget, gun control, health care, or immigration, the executive and legislative branches are unable to work together to solve the nation's problems. Partisan posturing has pushed out bipartisanship and compromise. Cooperation between liberals and conservatives is becoming a quaint memory. U.S. foreign policy is increasingly hamstrung by partisan politics as well. From Europe to the Middle East to China, Democrats and Republicans not only cannot agree: they are disinclined to work together to promote the national interest. In The Politics of American Foreign Policy, Peter Gries analyzes the partisanship—affecting both domestic and foreign policy—and finds its origins in the deeply embedded ideologies that are changing our electoral landscape."

—From the Foreword by Former US Senator David Boren

"The Politics of American Foreign Policy is the sort of book that comes along only once in a long while, capable not only of challenging received wisdom but of launching scholarly and public debates in entirely new directions. It is impossible to think about public opinion and foreign policy in the same way after reading this book. Gries enters into a well-worn debate and makes it utterly fresh again—an impressive accomplishment!"

"We have always had a sense that liberals and conservatives differ over foreign affairs. By applying concepts from social psychology and international relations to the interpretation of the most authoritative survey to date of public attitudes towards US foreign policy, this well-written book tells us why. The Politics of American Foreign Policy is a treasure trove of interesting findings on the deep rooted opinions of Americans and will appeal to a wide audience."

"During my 16 years in the House of Representatives, moderates were an endangered species. Today, they are extinct. In The Politics of American Foreign Policy, Peter Gries shows how today's hyper-partisanship is rooted in clashing liberal and conservative worldviews—and how these ideological differences shape US foreign policy. A must-read for both students and practitioners."

"The Politics of American Foreign Policy is a well-researched, very readable book that provides new insights into the motivations of American public thinking and positions on foreign policy. It will open your eyes to what stimulates Americans across a broad spectrum on the critical issues we face in the world today."

"The Politics of American Foreign Policy is an important contribution to a much broader discussion across the social sciences on the role of political ideology in public political life. Gries effectively demonstrates that Americans have a wide-ranging and coherent set of foreign policy preferences, independent of political elites, produced through complex interactions between deep-seated moral convictions and cognitive as well as group-level attributes." 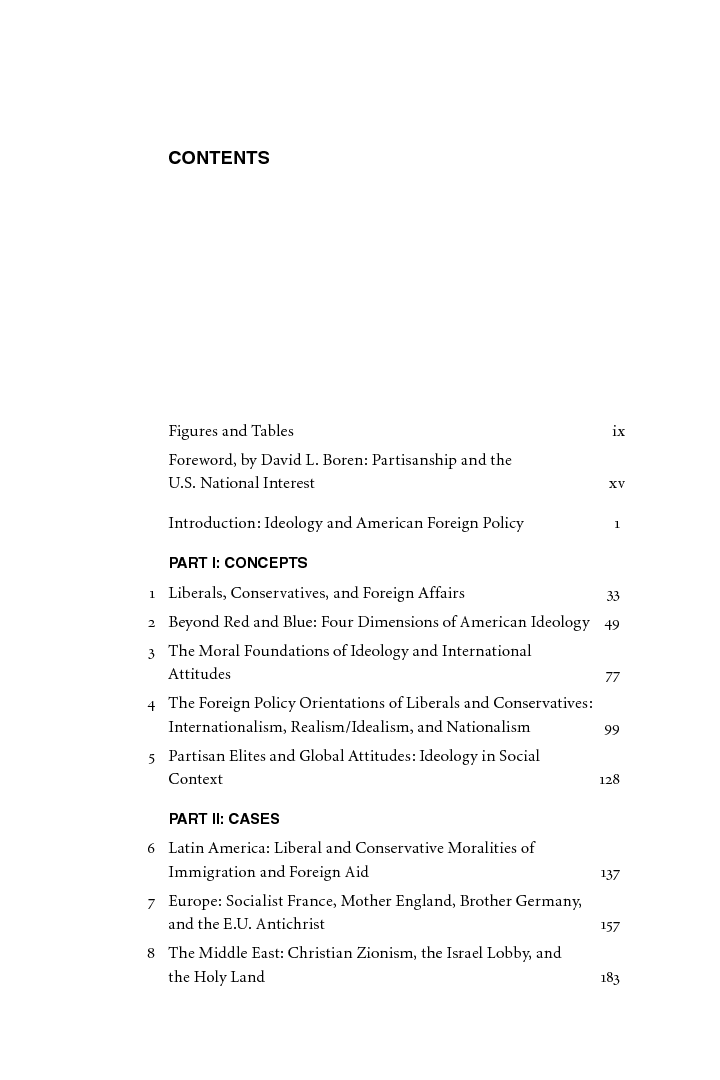 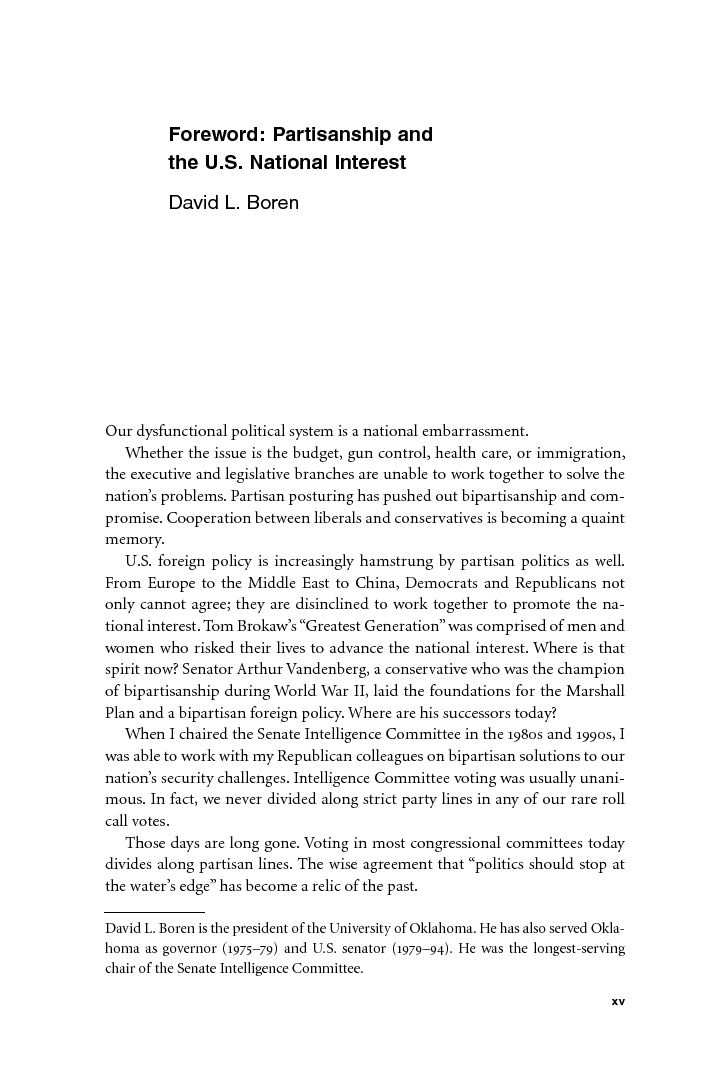 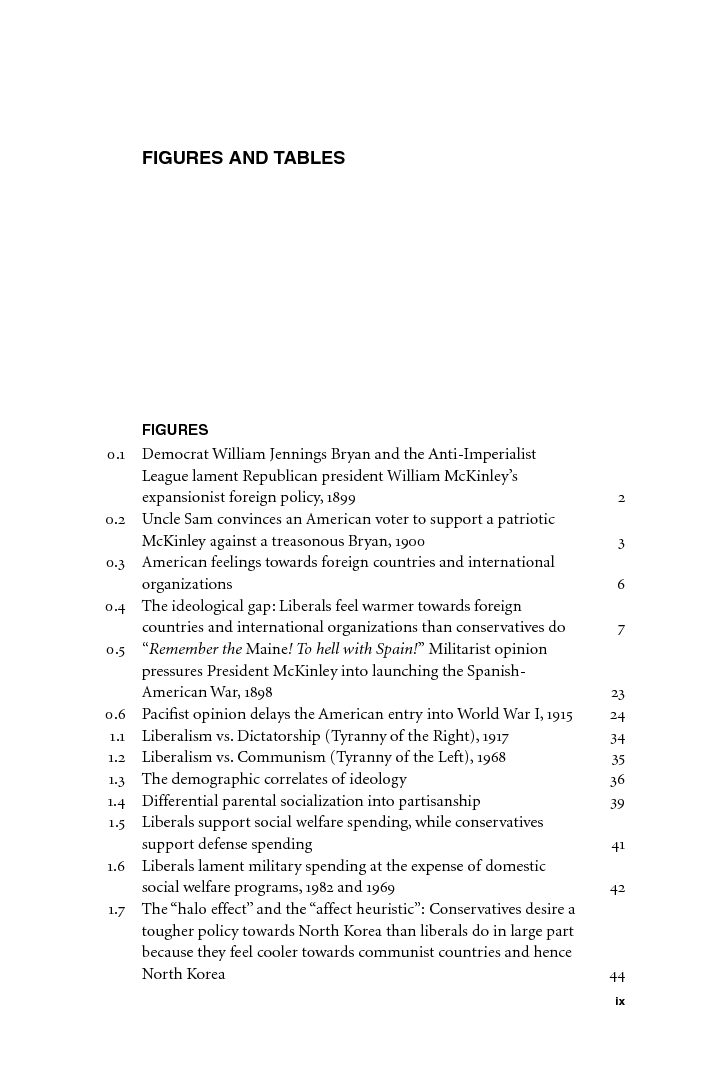