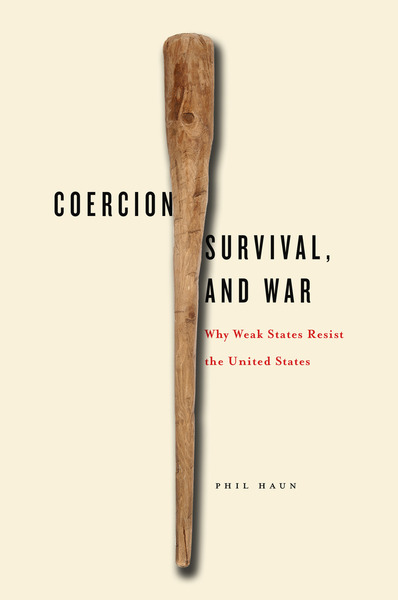 In asymmetric interstate conflicts, great powers have the capability to coerce weak states by threatening their survival—but not vice versa. It is therefore the great power that decides whether to escalate a conflict into a crisis by adopting a coercive strategy.

In practice, however, the coercive strategies of the U.S. have frequently failed. In Coercion, Survival and War Phil Haun chronicles 30 asymmetric interstate crises involving the US from 1918 to 2003. The U.S. chose coercive strategies in 23 of these cases, but coercion failed half of the time: most often because the more powerful U.S. made demands that threatened the very survival of the weak state, causing it to resist as long as it had the means to do so. It is an unfortunate paradox Haun notes that, where the U.S. may prefer brute force to coercion, these power asymmetries may well lead it to first attempt coercive strategies that are expected to fail in order to justify the war it desires.

He concludes that, when coercion is preferred to brute force there are clear limits as to what can be demanded. In such cases, he suggests, U.S. policymakers can improve the chances of success by matching appropriate threats to demands, by including other great powers in the coercive process, and by reducing a weak state leader's reputational costs by giving him or her face-saving options.

Phil M. Haun is Professor of Aerospace Studies at Yale University and a Colonel in the U.S. Air Force.

"Why do U.S. efforts to coerce weak states work only half the time? Why does a particular form of coercion called coercive diplomacy fail two thirds of the time? Why do the weak resist in the face of overwhelming U.S. power? In this fine study, Phil Haun develops a novel theory of asymmetric coercion and answers these important questions."