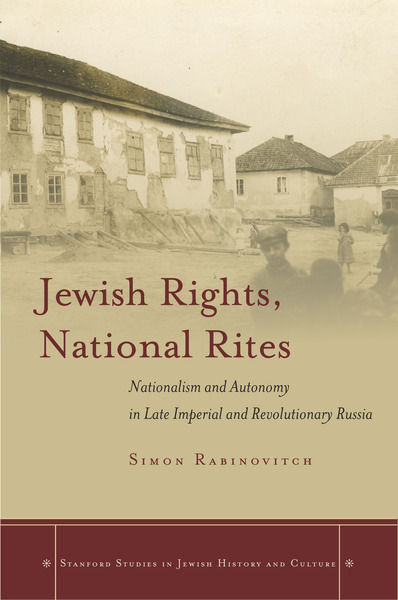 Long List in the 2015 Prize for the Best Book on Russian Intellectual and Cultural History, sponsored by the Historia Nova.

Finalist in the 2014 National Jewish Book Awards (Writing Based on Archival Material Category), sponsored by the Jewish Book Council.

In its full-color poster for elections to the All-Russian Jewish Congress in 1917, the Jewish People's Party depicted a variety of Jews in seeking to enlist the support of the broadest possible segment of Russia's Jewish population. It forsook neither traditional religious and economic life like the Jewish socialist parties, nor life in Europe like the Zionists. It embraced Hebrew, Yiddish, and Russian as fulfilling different roles in Jewish life. It sought the democratization of Jewish communal self-government and the creation of new Russian Jewish national-cultural and governmental institutions. Most importantly, the self-named "folkists" believed that Jewish national aspirations could be fulfilled through Jewish autonomy in Russia and Eastern Europe more broadly. Ideologically and organizationally, this party's leadership would profoundly influence the course of Russian Jewish politics.

Jewish Rights, National Rights provides a completely new interpretation of the origins of Jewish nationalism in Russia. It argues that Jewish nationalism, and Jewish politics generally, developed in a changing legal environment where the idea that nations had rights was beginning to take hold, and centered on the demand for Jewish autonomy in Eastern Europe. Drawing on numerous archives and libraries in the United States, Russia, Ukraine, and Israel, Simon Rabinovitch carefully reconstructs the political movement for Jewish autonomy, its personalities, institutions, and cultural projects. He explains how Jewish autonomy was realized following the February Revolution of 1917, and for the first time assesses voting patterns in November 1917 to determine the extent of public support for Jewish nationalism at the height of the Russian revolutionary period.

Simon Rabinovitch is Assistant Professor in the Department of History at Boston University.

"There is a scarcity of scholarship on this important topic, and this makes Simon Rabinovitch's work an important contribution to the field of Jewish political history . . . [T]his is an important work on a proposed political solution to the Jewish problem in the Russian empire, which seemed practical in multi-ethnic and de-centralized surroundings, and which failed due to the centralized trends within East European politics during the period between the world wars."

"Simon Rabinovitch's book is the first comprehensive work about Jewish nationalism and the attempts to establish Jewish autonomy in late Imperial and Revolutionary Russia . . . Rabinovitch's innovative work makes a significant contribution in the fields of Russian and Eastern European Jewish History, Jewish nationalism, and minority rights. The work will be very valuable for scholars and can be used for teaching of university courses in Modern Jewish History, Russian and Eastern European Jewish History."

—Victoria Khiterer, Nationalities Papers: The Journal of Nationalism and Ethnicity

"The author has done a wonderful job—thorough, elegant, and vivid. This book is a tribute to the ideals of the era, brought to life by Rabinovitch's careful and judicious treatment."

"This fine book focuses on an easily overlooked dimension of Russian Jewish History from the late 1890s to the 1920s: the growing attraction of Russian Jews, especially intellectuals, to the concept of legally guaranteed minority rights . . . The book is comprehensive, thoughtful, meticulous, and well written. It should be in every university library and of interest to researchers and graduate students in fields of nationalism as well as Eastern European and Jewish History."

"Jewish Rights, National Rites is that rare book that makes comprehensible a Jewish world that simultaneously seems familiar to contemporary sensibilities but also was very different. Rabinovitch uses the impressive work of many researchers that preceded him and adds his own deep scholarship to bring to life Jewish aspirations for autonomism and their complex history—including the central role of Simon Dubnow. No period or region is omitted. This is done with impressive clarity, sensitive understanding and penetrating analysis. The objectivity and careful documentation of the book do not limit the intellectual excitement and novel observations that characterize the book. This is a major study worth reading—and rereading."

"Almost a century after his death, the ideas of Russian Jewish nationalist leader Simon Dubnov remain an object of scholarly fascination and a political touchstone for contemporary debates about Zionism. Yet until now we have lacked a proper account of the genesis and fate of Dubnov's actual political movement. In this path-breaking study, Simon Rabinovitch offers a provocative reassessment grounded in meticulous research. The result is a book that sheds new light on the entire drama of modern Jewish politics across late Imperial Russia and the history of modern nationalism in the bloodlands of Eastern Europe."

"This is the first synthetic history of Jewish autonomism in Eastern Europe. It is best in its political history of its subject—the competing factions and parties that championed autonomism, and the successes and failures of the autonomist idea in various political arenas."

"Jewish Rights, National Rites is a work of genuine importance that should be read not only by all historians of late imperial Russian Jewry and of Jewish nationalism, but by scholars interested in the history of liberal visions in multiethnic imperial Russia and by scholars interested in the global—and as yet unresolved—history of efforts to address national claims beyond the framework of territorial sovereignty." 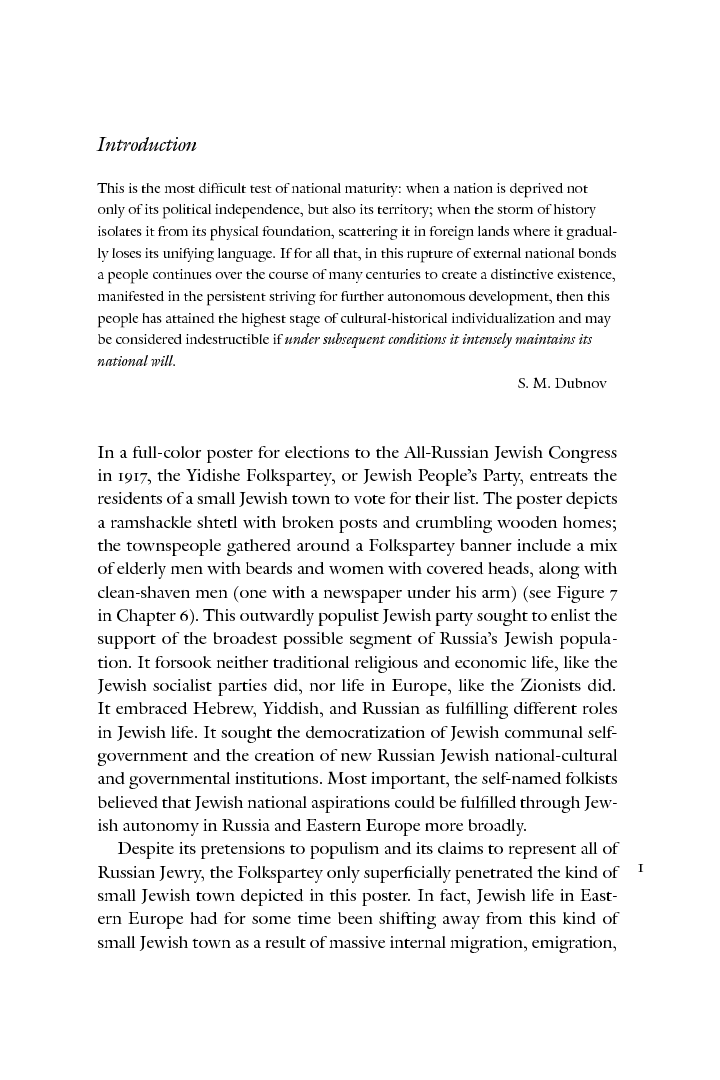