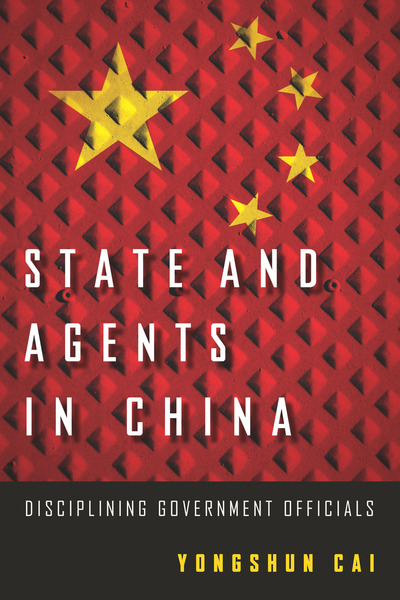 Chinese government officials have played a crucial role in China's economic development, but they are also responsible for severe problems, including environmental pollution, violation of citizens' rights, failure in governance, and corruption. How does the Chinese Party-state respond when a government official commits a duty-related malfeasance or criminal activity? And how does it balance the potential political costs of disciplining its own agents versus the loss of legitimacy in tolerating their misdeeds? State and Agents in China explores how the party-state addresses this dilemma, uncovering the rationale behind the selective disciplining of government officials and its implications for governance in China.

By examining the discipline of state agents, Cai shows how selective punishment becomes the means of balancing the need for and difficulties of disciplining agents, and explains why some erring agents are tolerated while others are punished. Cai finds that the effectiveness of punishing erring officials in China does not depend so much on the Party-state's capacity to detect and punish each erring official but on the threat it creates when the Party-state decides to mete out punishment. Importantly, the book also shows how relaxed discipline allows reform-minded officials to use rule-violating reform measures to address local problems, and how such reform measures have significant implications for the regime's resilience.

Yongshun Cai is Professor of Social Science, Hong Kong University of Science and Technology. He is the author of State and Laid-off Workers in Reform China (2006) and Collective Resistance in China (Stanford, 2010).

"This is an important book about an important problem for authoritarian states. Yongshun Cai investigates the empirical pattern of discipline in contemporary China, drawing our attention to cost considerations that mediate sanctioning choices and illuminating the crucial functions of uncertainty and flexibility in effective sanctioning and local policy innovation."

"In order to survive, authoritarian regimes need to walk a thin line between sanctioning too many agents and tolerating too much malfeasance. Cai explores the balance the Chinese party system has maintained and the logic behind it. Sanctions are by no means sufficient to clear up corruption and other malfeasance, but so far they have been sufficient to maintain the system. State and Agents in China is thoroughly researched and persuasively argued."

"Never was a book on the problem of managing party and state agents in China so timely as Yongshun Cai's State and Agents in China." 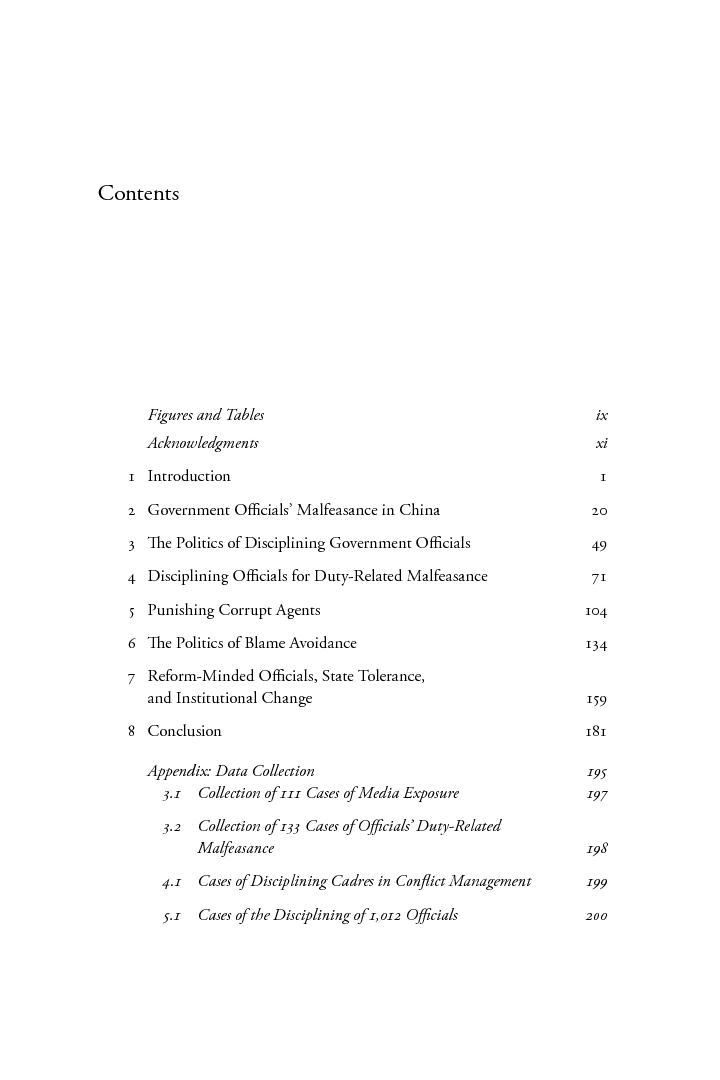 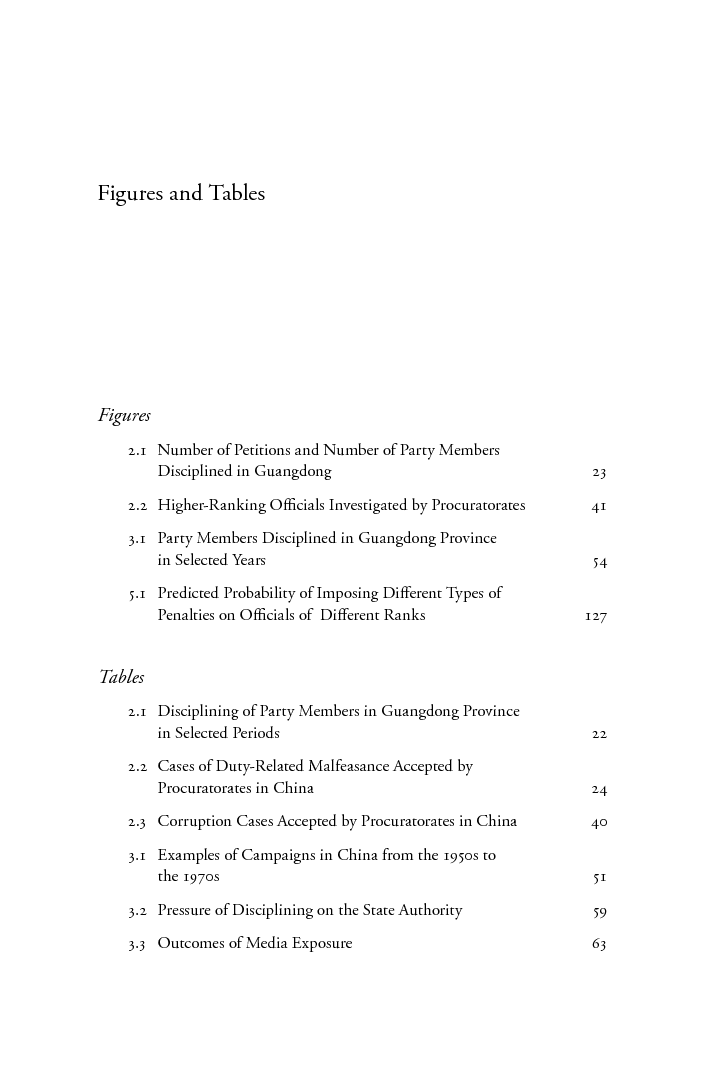 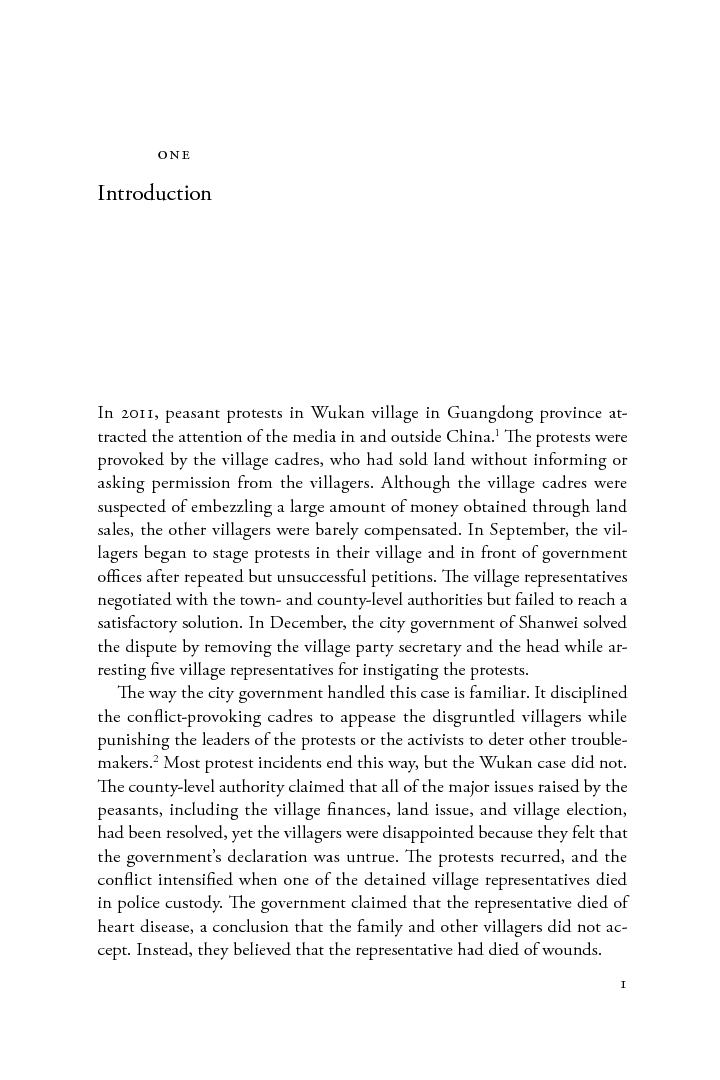