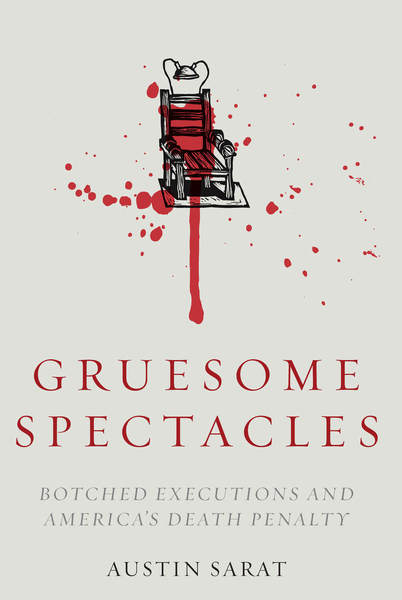 Gruesome Spectacles tells the sobering history of botched, mismanaged, and painful executions in the U.S. from 1890 to the present. Since the book's initial publication in 2014, the cruel and unusual executions of a number of people on death row, including Clayton Lockett in Oklahoma and Joseph Wood in Arizona, have made headlines and renewed vigorous debate surrounding the death penalty in America. Austin Sarat's book instantly became an essential resource for citizens, scholars, and lawmakers interested in capital punishment—even the Supreme Court, which cited the book in its recent opinion, Glossip v. Gross.

Now in paperback, the book includes a new preface outlining the latest twists and turns in the death penalty debate, including the recent galvanization of citizens and leaders alike as recent botched executions have unfolded in the press. Sarat argues that unlike in the past, today's botched executions seem less like inexplicable mishaps and more like the latest symptoms of a death penalty machinery in disarray. Gruesome Spectacles traces the historical evolution of methods of execution, from hanging or firing squad to electrocution to gas and lethal injection. Even though each of these technologies was developed to "perfect" state killing by decreasing the chance of a cruel death, an estimated three percent of all American executions went awry in one way or another. Sarat recounts the gripping and truly gruesome stories of some of these deaths—stories obscured by history and to some extent, the popular press.

Austin Sarat is the William Nelson Cromwell Professor of Jurisprudence and Political Science at Amherst College. Sarat has written for numerous academic and trade publications, and his books include: When the State Kills (2001), Mercy on Trial (2005) and Re-imagining To Kill a Mockingbird (2013).

"Sarat's chronicle of how executions were bungled, mishandled, or failed is crucial to the evolution of the methods, and thus to the penalty itself . . . Sarat's comprehensive and even exhaustive effort provides a reference that all involved in criminal justice, and especially capital punishment, must take into account."

—Jon M. Sands and Dale A. Baich, Jurimetrics: The Journal of Law, Science and Technology

"Sarat is mostly sucessful in navigating these dangerous waters of describing the gruesomeness of botched executions without making them just a spectacle or systematic failure of people or equipment. His success is a result of balancing accounts from a variety of sources, situating his work in the social sciences and legal studies."

"America has no more incisive scholar of capital punishment than Austin Sarat, who always has something fresh to say. Gruesome Spectacles offers readers new and provocative insights."

—Scott Turow, author of Ultimate Punishment: A Lawyer's Reflections on Dealing with the Death Penalty

"Austin Sarat's spellbinding book has captured the spirit of his agile mind. Gruesome Spectacles is provocatively written and sure to keep readers keenly interested in the captivating stories of many death row prisoners. This book will hook you from the first chapter and continue to fascinate you throughout its journey. A must-read."

—Charles Ogletree, author of All Deliberate Speed and The Presumption of Guilt

"We have harnessed the power to annihilate life on earth. Yet we still can't seem to extinguish, quickly, painlessly, and reliability, a single human life. Gruesome Spectacles tells us why. With his bright, clear, and extra-ordinary prose, Austin Sarat raises many disturbing and profound questions—not only about botched executions—but about State authorized killings made on behalf of the American people. A gripping and provocative read." 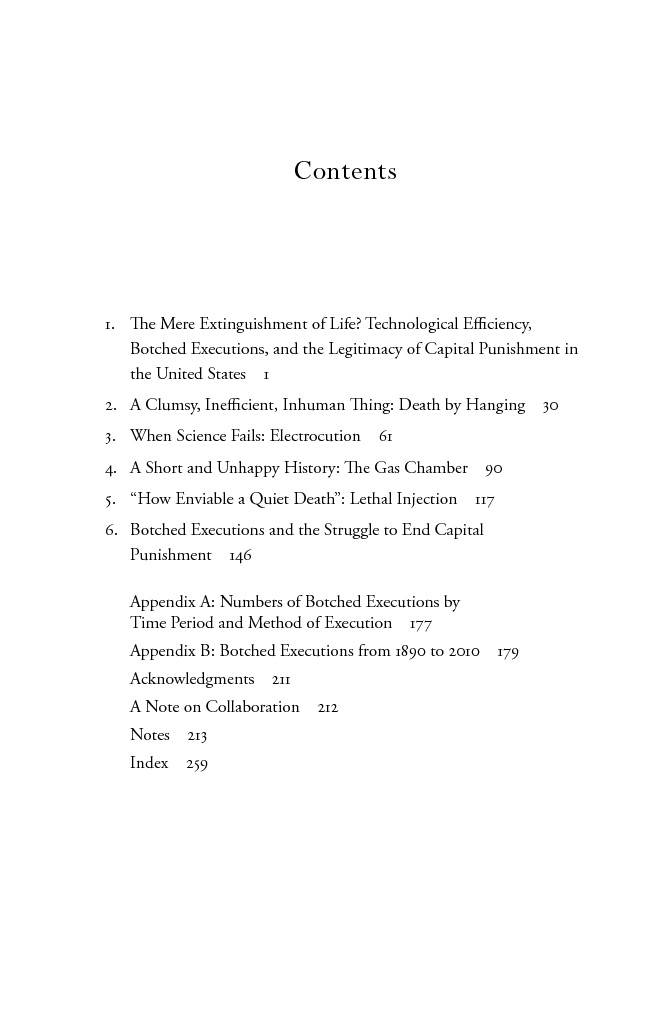 There is no humane way to execute criminals