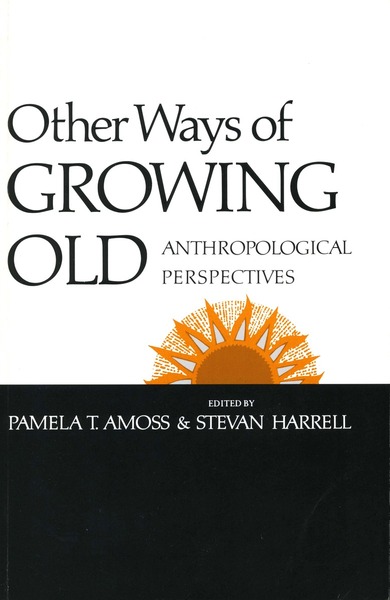 As anthropologists, we offer this book about aging in a wide variety of human societies in the hope of its making three contributions. First, this book will help to remedy a massive neglect of old age by the discipline of anthropology. The pioneering work of Leo Simmons (1945) has remained a lonely monument since the 1940's, for despite recent interest in the subject of aging in modern Western societies on the part of social gerontologists and sociologists, little has been done by anthropologists on aging in non-Western societies. Where it has been treated at all, it has been in the form either of a few final paragraphs in the discussion of the life cycle or of a simple ethnographic fact among other facts about a certain social system. What has been missing has been any attempt to put aging in a cross-cultural or comparative perspective, to give this vital subject the same treatment that has been accorded marriage, for example, or death or inheritance or sex roles.

Second, this book will bring a needed cross-cultural perspective to the study of social gerontology. The recent explosion of interest in this field has been largely confined to the study of aging in North America and Europe. But we anthropologists feel that such a culturally limited study, though interesting and productive in its own right, is dangerously narrow if it does not consider what aging is like in other societies. What aspects of aging, for example, are human universals and have to be planned for as inevitable, and what aspects are cultural particulars and can be avoided, modified, or strengthened under certain social conditions? By presenting both a biological account of the universals of human aging (Weiss), and specific ethnographic accounts of aging in a wide variety of societies, we believe we can help to put North American aging into perspective

Third, we hope this book will serve as an illustration of a particular anthropological approach to unity and diversity in human societies and cultures. Perhaps the main task of sociocultural anthropology is a twofold one: the explanation of cross-cultural universals, somehow rooted either in the biological nature of the human species or in universal imperatives of social organization, and the explanation of intercultural variations, rooted in a dialectical interaction between culture and the material conditions (partially created by culture) in which it exists. If unity and diversity can indeed be explained in this way, the cross-cultural study of aging can serve as a paradigm. By first setting out what seem to be the universals determined by the biology of the human species, and by then exploring the range of variation in cultural solutions, we ought to be able to formulate a set of principles that will allow us to explain why variations occur in a certain way. Nine ethnographic case studies are enough, we believe, to enable us to formulate some preliminary hypotheses about the nature and causes of variation in the social process of aging.