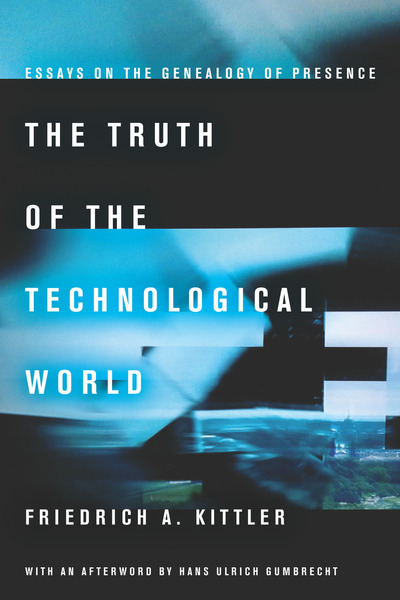 The Truth of the Technological World
Essays on the Genealogy of Presence
Friedrich A. Kittler, with an afterword by Hans Ulrich Gumbrecht, translated by Erik Butler

Friedrich Kittler (1943–2011) combined the study of literature, cinema, technology, and philosophy in a manner sufficiently novel to be recognized as a new field of academic endeavor in his native Germany. "Media studies," as Kittler conceived it, meant reflecting on how books operate as films, poetry as computer science, and music as military equipment. This volume collects writings from all stages of the author's prolific career. Exemplary essays illustrate how matters of form and inscription make heterogeneous source material (e.g., literary classics and computer design) interchangeable on the level of function—with far-reaching consequences for our understanding of the humanities and the "hard sciences." Rich in counterintuitive propositions, sly humor, and vast erudition, Kittler's work both challenges the assumptions of positivistic cultural history and exposes the over-abstraction and language games of philosophers such as Heidegger and Derrida. The twenty-three pieces gathered here document the intellectual itinerary of one of the most original thinkers in recent times—sometimes baffling, often controversial, and always stimulating.

Philosopher, cultural historian, and literary critic Friedrich Kittler had appointments at several German and American universities over the course of his academic career, concluding with his tenure as Chair of Aesthetics and Media History at the Humboldt University of Berlin. 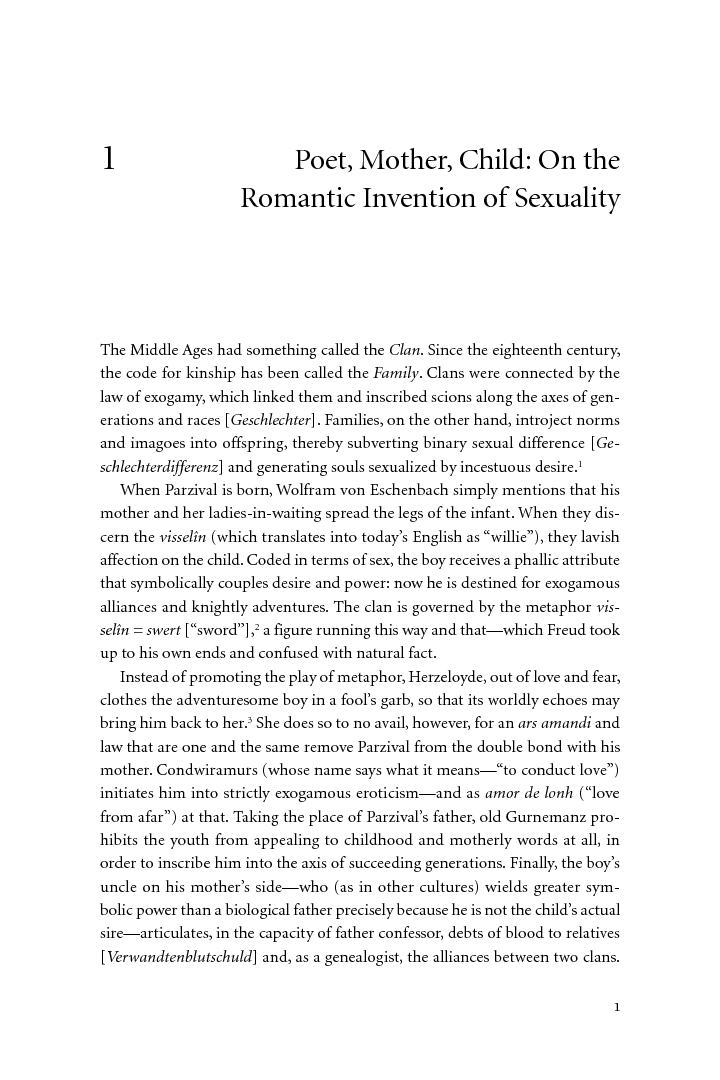 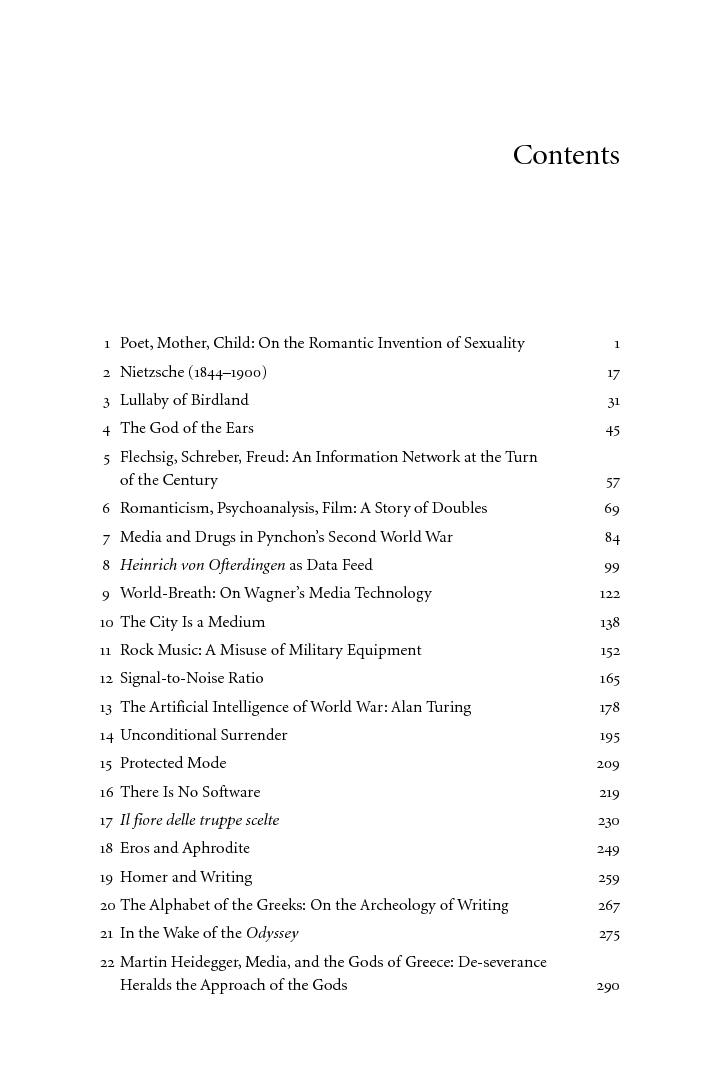