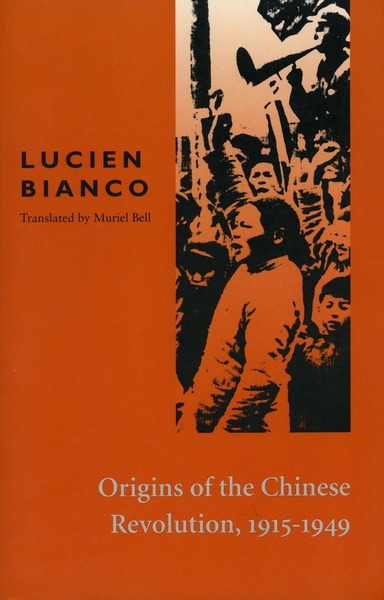 Origins of the Chinese Revolution, 1915-1949
Lucien Bianco Translated from the French by Muriel Bell

The original French edition of this book, published in 1967, was widely acclaimed as the best introduction to Chinese Communism ever published. A fresh, bold interpretative survey, it focuses on the dynamic social forces underlying the Chinese Communists' rise in three short decades from obscurity to power.

An important part of the book deals with the various governmental and non-governmental attempt at reform during the Kuomintang era, which the author shows were too little too late to dam the swelling flood of revolution. The conclusion evaluates the crucial role of imperialism, the peasantry, and the army in the Chinese "formula" for revolution and re-examines the relationship between Marxism and the Chinese Revolution.