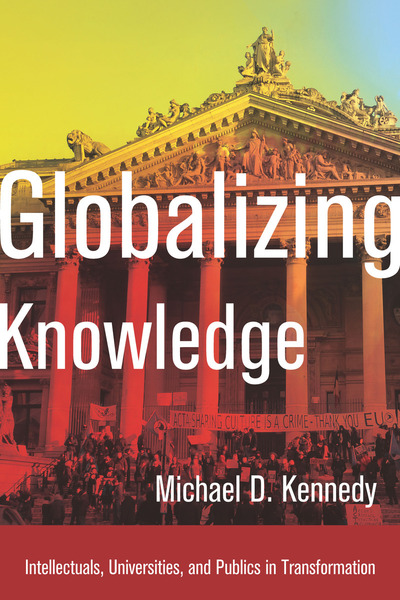 Heralding a push for higher education to adopt a more global perspective, the term "globalizing knowledge" is today a popular catchphrase among academics and their circles. The complications and consequences of this desire for greater worldliness, however, are rarely considered critically. In this groundbreaking cultural-political sociology of knowledge and change, Michael D. Kennedy rearticulates questions, approaches, and case studies to clarify intellectuals' and institutions' responsibilities in a world defined by transformation and crisis.

Globalizing Knowledge introduces the stakes of globalizing knowledge before examining how intellectuals and their institutions and networks shape and are shaped by globalization and world-historical events from 2001 through the uprisings of 2011–13. But Kennedy is not only concerned with elaborating how wisdom is maintained and transmitted, he also asks how we can recognize both interconnectedness and inequalities, and possibilities for more knowledgeable change within and beyond academic circles. Subsequent chapters are devoted to issues of public engagement, the importance of recognizing difference and the local's implication in the global, and the specific ways in which knowledge, images, and symbols are shared globally. Kennedy considers numerous case studies, from historical happenings in Poland, Kosova, Ukraine, and Afghanistan, to today's energy crisis, Pussy Riot, the Occupy Movement, and beyond, to illuminate how knowledge functions and might be used to affect good in the world.

Michael D. Kennedy is Professor of Sociology and International Studies at Brown University and the author of Cultural Formations of Postcommunism: Emancipation, Transition, Nation, and War (2002) and Professionals, Power and Solidarity in Poland: A Critical Sociology of Society-Type Society (1991).

"In a changing world, Michael Kennedy introduces an innovative theoretical framework to increase equality in modern countries while also preserving liberty and freedom. Case studies focusing on different countries allow the reader to better understand the context of Kennedy's ideas."

"Globalizing Knowledge is a tour de force, grappling with one of the most important challenges of our time—how to develop and mobilize knowledge produced in the university for global problems, and to do so in an equitable way. Michael Kennedy commands an enormous experience in promoting global networks of knowledge, and is well-versed in the debates about their possibilities and limitations."

"Drawing upon his vast experiences and wide readings, Michael Kennedy has written a cogent and compelling book on the globalization of knowledge(s) and of universities. At once empirically rich and theoretically provocative, it is a necessary book for our challenging and confusing times."

"Information has become the most powerful global asset. With this book, Michael Kennedy makes a plea to all to reach beyond the existing limitations of both academic and political imaginations to seek new socio-political transformations. As long as there is a willingness to consciously explore alternatives, humanity will be able to fulfill the promises of a progress, resulting in a better world for all. Globalizing Knowledge is a major contribution."

"University presidents have said that globalization was a goal for at least two decades. It is now a reality that is rapidly changing higher education. But with all the attention to student flows, rankings, competition, and fundraising, the primary importance of globalizing knowledge can be forgotten. Michael Kennedy's book puts the focus where it needs to be: on how intellectuals and universities work in different global contexts to inform publics and educate students and how the global organization of academic work shapes both knowledge itself and the responsibilities of intellectuals. These are issues that academics can't afford to ignore."

"Path-breaking in its depth and sophistication, Globalizing Knowledge makes a key contribution to an evolving field of research and conceptualization. We need new categories of analysis, which Michael Kennedy now gives us, to work with the growing mass of data about our global condition."

"Michael Kennedy's wise reflections on—and broad experience in working through—some of the key issues at stake in our new global knowledge economy are timely and critical. Kennedy provides readers with important insight into what global knowledge should genuinely mean at a time of pervasive (if also clichéd) globalization. Globalizing Knowledge offers fascinating perspectives on issues of monumental significance not just to our societies, polities, and economies but also our planet."

"Kennedy argues masterfully that the urgent project of building global knowledge can and should preserve the richness and texture of vernacular ways of knowing. He demonstrates simultaneously his intense commitment to the engaged, context-sensitive social science and keen awareness of the intellectual and ethical dilemmas unavoidable in the production of universally germane knowledge." 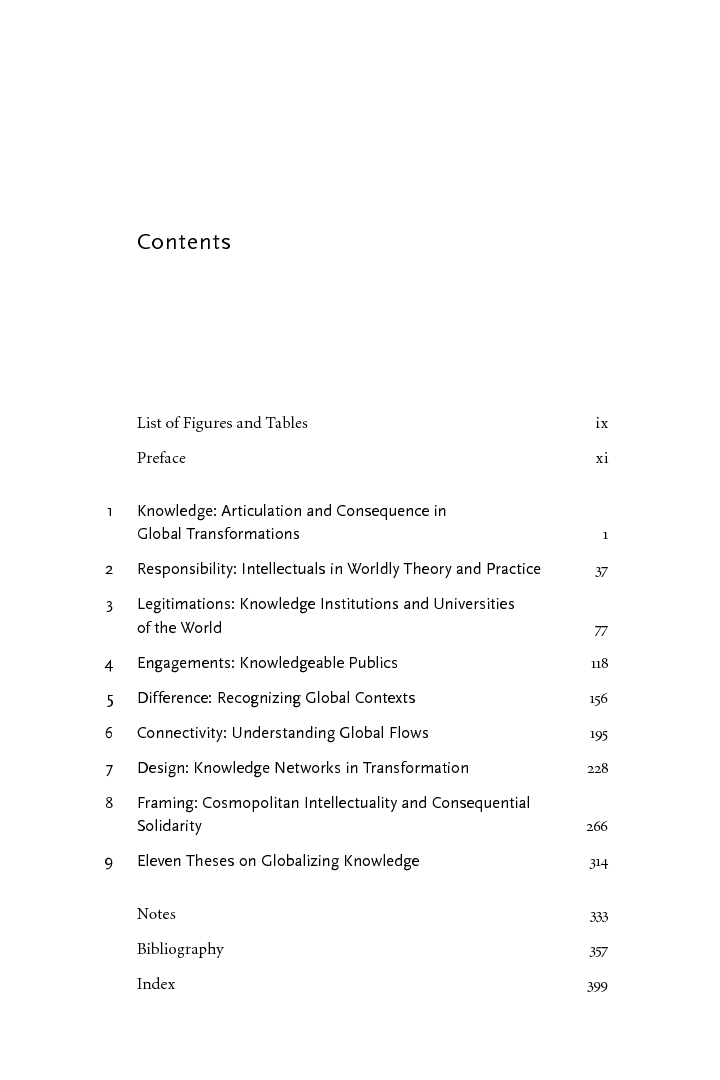 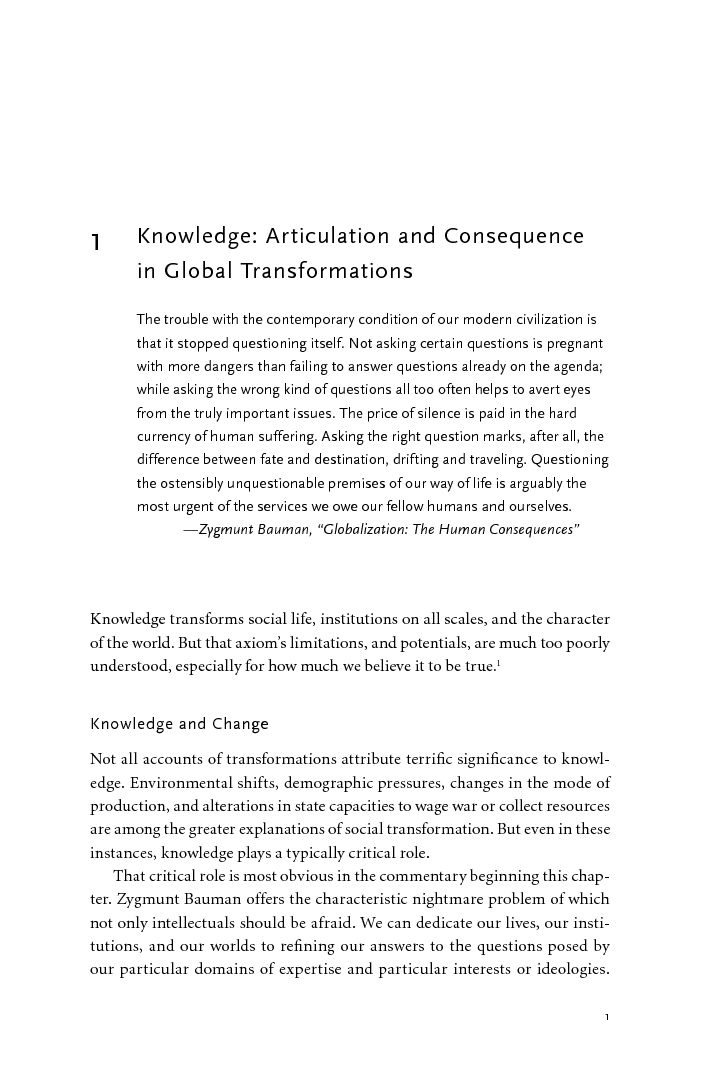 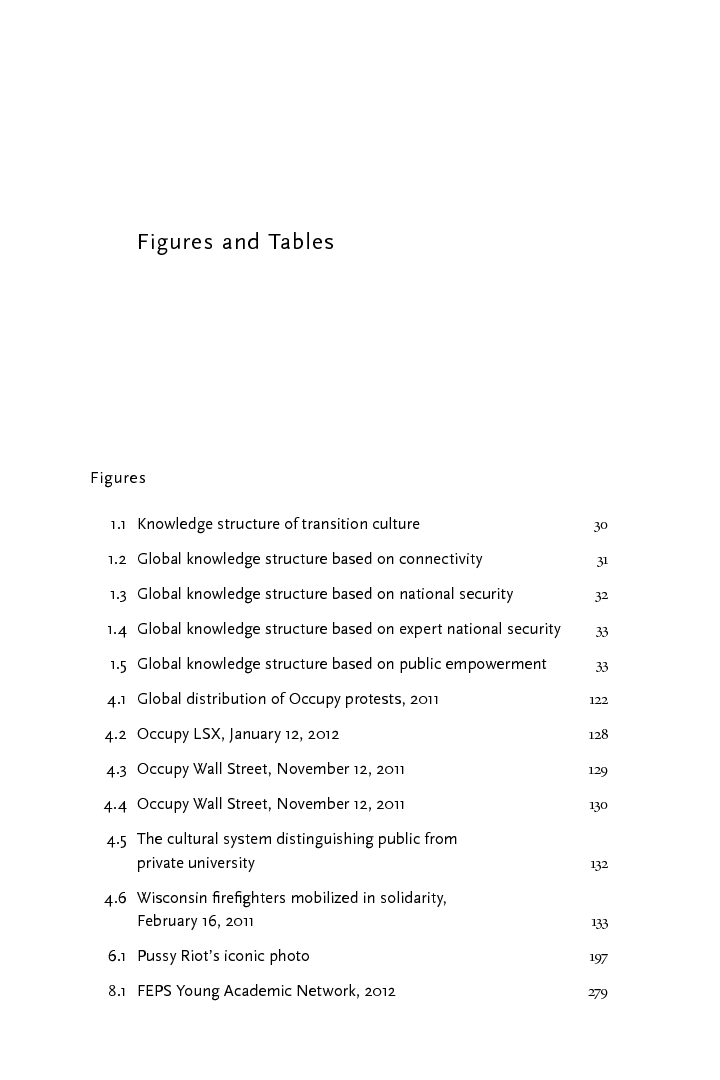 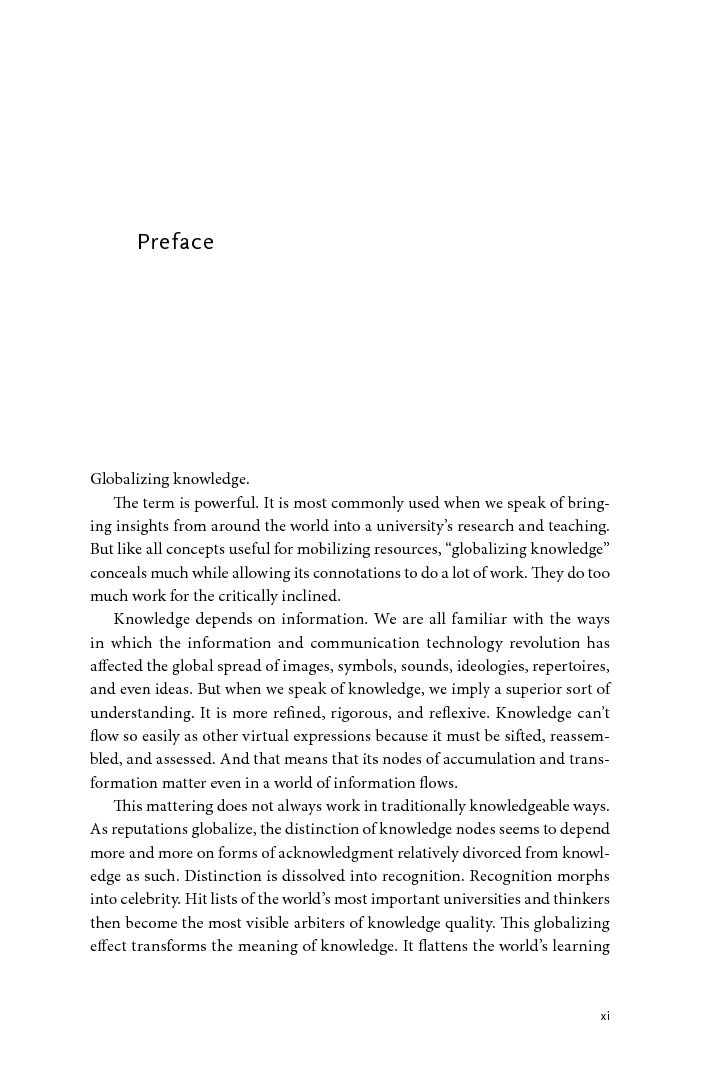