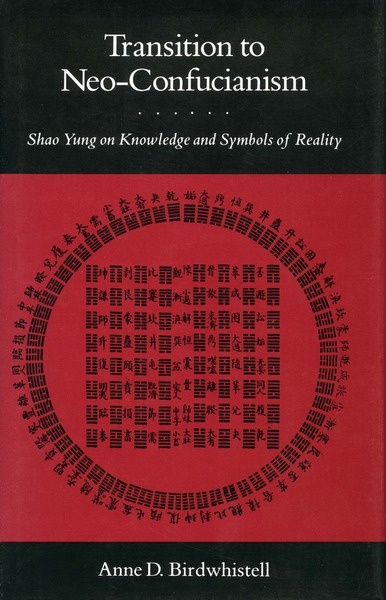 The Sung Neo-Confucian synthesis is one of the two great formative periods in the history of Confucianism. Shao Yung (1011-77) was a key contributor to this synthesis, and this study attempts to make understandable the complex and highly theoretical thought of a philosopher who has been, for the most part, misunderstood for a thousand years. It is the first full-length study in any language of Shao Yung's philosophy.

Using an explicit metaphilosophical approach, the author examines the implicit and assumed aspects of Shao Yung's thought and shows how it makes sense to view his philosophy as an explanatory theory. Shao Yung explained all kinds of change and activity in the universe with six fundamental concepts that he applied to three realms of reality: subsensorial "matter," the phenomenal world of human experience, and the theoretical realm of symbols.

The author also analyzes the place of the sage in Shao's philosophy. Not only would the sage restore political and moral unity in society, but through his special kind of knowing he also would restore cosmological unity. Shao's recognition that the perceiver had a critical role in making and shaping reality led to his ideal of the sage as the perfect knower. Utilizing Shao's own device of a moving observational viewpoint, the study concludes with an examination of the divergent interpretations of Shao's philosophy from the eleventh to the twentieth century.

Because Shao took very seriously numerological aspects of Chinese thought that are often greatly misunderstood in the West (e.g., the I Ching), the study is also a very good introduction to the epistemological implications of an important strand of all traditional Chinese philosophical thought.