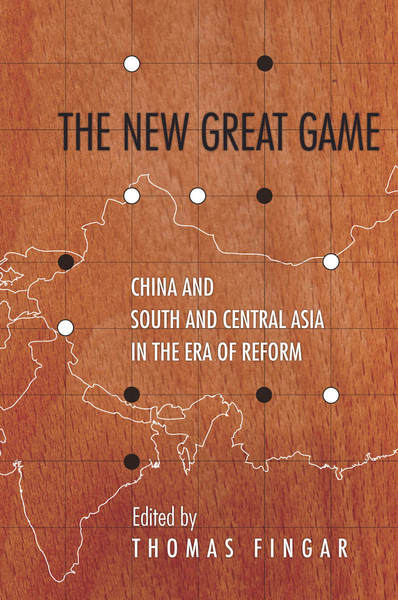 The New Great Game
China and South and Central Asia in the Era of Reform
Edited by Thomas Fingar
SERIES: Studies of the Walter H. Shorenstein Asia-Pacific Research Center

China's rise has elicited envy, admiration, and fear among its neighbors. Although much has been written about this, previous coverage portrays events as determined almost entirely by Beijing. Such accounts minimize or ignore the other side of the equation: namely, what individuals, corporate actors, and governments in other countries do to attract, shape, exploit, or deflect Chinese involvement. The New Great Game analyzes and explains how Chinese policies and priorities interact with the goals and actions of other countries in the region.

To explore the reciprocal nature of relations between China and countries in South and Central Asia, The New Great Game employs numerous policy-relevant lenses: geography, culture, history, resource endowments, and levels of development. This volume seeks to discover what has happened during the three decades of China's rise and why it happened as it did, with the goal of deeper understanding of Chinese and other national priorities and policies and of discerning patterns among countries and issues.

Thomas Fingar is Shorenstein Distinguished Fellow in the Freeman Spogli Institute for International Studies at Stanford University. Previously, Fingar served concurrently as the first Deputy Director for National Intelligence and the Chairman of the National Intelligence Council. He is the author of Reducing Uncertainty: Intelligence Analysis and National Security (2011).