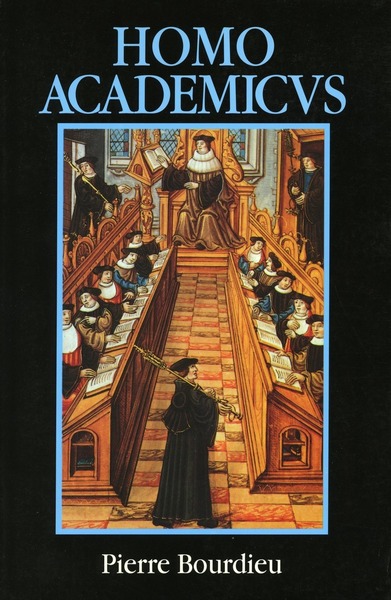 In this highly original work, Pierre Bourdieu turns his attention to the academic world of which he is part and offers a brilliant analysis of modern intellectual culture. The academy is shown to be not just a realm of dialogue and debate, but also a sphere of power in which reputations and careers are made, defended and destroyed.

Employing the distinctive methods for which he has become well known, Bourdieu examines the social background and practical activities of his fellow academics—from Foucault, Derrida, and Lacan to figures who are lesser known but not necessarily less influential. Bourdieu analyzes their social origins and current positions, how much they publish and where they publish it, their institutional connections, media appearances, political involvements and so on.

This enables Bourdieu to construct a map of the intellectual field in France and to analyze the forms of capital and power, the lines of conflict and the patterns of change, which characterize the system of higher education in France today.

Homo Academicus paints a vivid and dynamic picture of French intellectual life today and develops a general approach to the study of modern culture and education. It will be of great interest to students of sociology, education and politics as well as to anyone concerned with the role of intellectuals and higher education today.

"This necessary, powerful, oblique, and misshapen book is part of a grand statement of the sociological imagination. . . . Bourdieu may now be handed the mantle of first maître à penser in Paris."