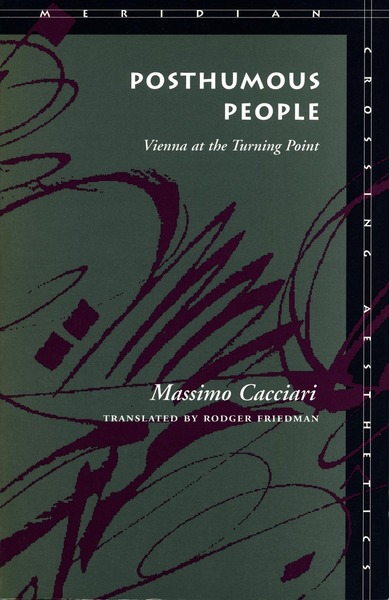 Friedrich Neitzsche imagined himself belonging to a society of visionaries, thinkers, architects, poets, musicians, and artists running ahead of the mainstream. They were condemned to be misunderstood or ignored in the present, but their work would become significant in the future. To them he addressed the aphorism from which Massimo Cacciari’s book takes its name, saying “It is only after death that we will enter our life and come alive, oh, very much alive, we posthumous people!”

Cacciari isolates Vienna as the European capitol of posthumous people at a crucial turning point in Western thinking, as the nineteenth century ended. There he finds Ludwig Wittgenstein, together with Peter Altenberg, Robert Walser, Lou Andreas-Salomé, Adolf Loos, Martin Buber, Egon Schiele, Karl Kraus, Gustav Klimt, and many others. Cacciari treats this extraordinarily rich concentration of activity as the hub upon which European culture wheeled into the twentieth century. He reaches directly to the intellectual content in each of the various figures he discusses.

Massimo Cacciari is the Mayor of Venice.