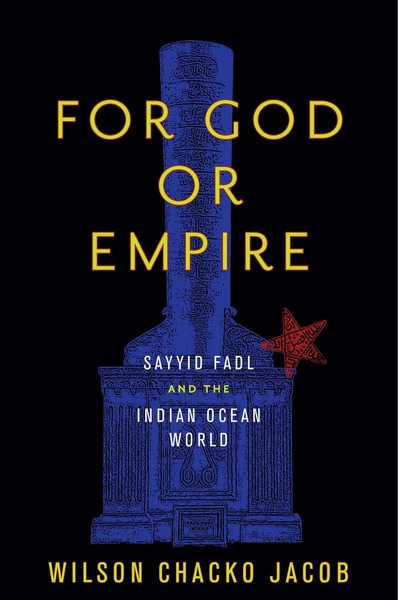 Winner of the 2021 Wallace K. Ferguson Prize, sponsored by the Canadian Historical Association.

Sayyid Fadl, a descendant of the Prophet Muhammad, led a unique life—one that spanned much of the nineteenth century and connected India, Arabia, and the Ottoman Empire. For God or Empire tells his story, part biography and part global history, as his life and legacy afford a singular view on historical shifts of power and sovereignty, religion and politics.

Wilson Chacko Jacob recasts the genealogy of modern sovereignty through the encounter between Islam and empire-states in the Indian Ocean world. Fadl's travels in worlds seen and unseen made for a life that was both unsettled and unsettling. And through his life at least two forms of sovereignty—God and empire—become apparent in intersecting global contexts of religion and modern state formation. While these changes are typically explained in terms of secularization of the state and the birth of rational modern man, the life and afterlives of Sayyid Fadl—which take us from eighteenth- and nineteenth-century Indian Ocean worlds to twenty-first century cyberspace—offer a more open-ended global history of sovereignty and a more capacious conception of life.

Wilson Chacko Jacob is Associate Professor of History at Concordia University. He is the author of Working Out Egypt: Effendi Masculinity and Subject Formation in Colonial Modernity, 1870-1940 (2011).

"For God or Empire is a gripping global history of the Indian Ocean world, with striking theoretical implications. Wilson Chacko Jacob both recounts the story of modern state sovereignty and troubles it from the grounds of divine sovereignty that cannot be simply read as political theology. A brilliant critical historical inquiry into the present of state sovereignty, threaded with and opposed by life's other trajectories."

"Wilson Chacko Jacob joins the Mediterranean and Indian Ocean worlds within a hitherto hidden global history to explore the making and movement of ideas. A forceful intellectual intervention in the way we understand sovereignty."

"[A] robust biographical rendering which also paints an inverted picture of the modern political subject....For God or Empire is a refreshing and vital theoretical intervention in the study of the Indian Ocean and for intellectual history more broadly."

"For God or Empire is at once an impressively scholarly, highly imaginative, and hugely challenging book....this is a very fine analysis, presenting an in-depth account of a remarkable man living through a turbulent historical era."