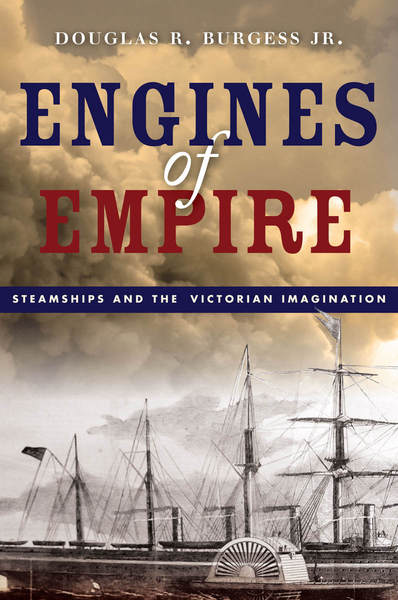 In 1859, the S.S. Great Eastern departed from England on her maiden voyage. She was a remarkable wonder of the nineteenth century: an iron city longer than Trafalgar Square, taller than Big Ben's tower, heavier than Westminster Cathedral. Her paddles were the size of Ferris wheels; her decks could hold four thousand passengers bound for America, or ten thousand troops bound for the Raj. Yet she ended her days as a floating carnival before being unceremoniously dismantled in 1889.

Steamships like the Great Eastern occupied a singular place in the Victorian mind. Crossing oceans, ferrying tourists and troops alike, they became emblems of nationalism, modernity, and humankind's triumph over the cruel elements. Throughout the nineteenth century, the spectacle of a ship's launch was one of the most recognizable symbols of British social and technological progress. Yet this celebration of the power of the empire masked overconfidence and an almost religious veneration of technology. Equating steam with civilization had catastrophic consequences for subjugated peoples around the world.

Engines of Empire tells the story of the complex relationship between Victorians and their wondrous steamships, following famous travelers like Mark Twain, Charles Dickens, and Jules Verne as well as ordinary spectators, tourists, and imperial administrators as they crossed oceans bound for the colonies. Rich with anecdotes and wry humor, it is a fascinating glimpse into a world where an empire felt powerful and anything seemed possible—if there was an engine behind it.

Douglas R. Burgess Jr. is Assistant Professor of History at Yeshiva University. He is the author of The Politics of Piracy (2014), and a contributor to The New York Times and the The Huffington Post.

"A charming, incisive look at the development of steamship travel and its impact on Western society. Douglas Burgess crafts a masterful narrative that restores steamships to their proper place as the technological marvel of the nineteenth century. These vessels not only transported people, they created new and enduring human experiences such as tourism and pleasure cruises, and altered their passengers' understanding of the world."

"Engines of Empire boldly reconceptualizes historical understandings of technology, empire, transnationalism, and modernization. It barrels forth with creativity and character, to offer a voyage at once informative and thought provoking."

—Glenn S. Gordinier, author of The Rocket's Red Glare: The War of 1812 and Connecticut

"Engines of Empire tells the story of the complex relationship between Victorians and their steamships, following famous travelers like Mark Twain, Charles Dickens and Jules Verne, as well as tourists and imperial administrators as they crossed oceans bound for the colonies. It looks more at the stories of the steamships and their role in the wider context, rather than focusing on the ships themselves."

"Douglas R. Burgess Jr.'s Engines of Empire: Steamships and the Victorian Imagination excavates the complex relationship between Victorians—not only in Britain, but also in the U.S. and Germany—and their steamships. Drawing on the observations of famous travelers such as Charles Dickens, Jules Verne, and Mark Twain, as well as ordinary voyagers, both male and female, Burgess explores the many and varied meanings of steamships and steamship travel for 'spectators,' 'tourists,' and 'imperials.'"

"His writing is nothing short of genius. Burgess is an artist who adorns his canvas with words....No review, abbreviated or extended, can do justice to this work that offers deep insights into technology and society. Anyone interested in ships and their impact on civilization will find in Engines of Empire a study worthy of their time and attention."