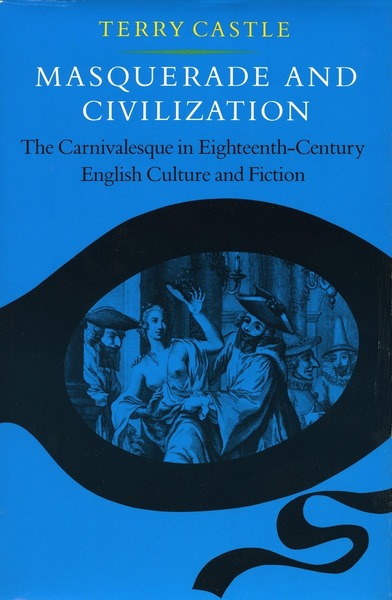 Public masquerades were a popular and controversial form of urban entertainment in England for most of the eighteenth century. They were held regularly in London and attended by hundreds, sometimes thousands, of people from all ranks of society who delighted in disguising themselves in fanciful costumes and masks and moving through crowds of strangers. The authors shows how the masquerade played a subversive role in the eighteenth-century imagination, and that it was persistently associated with the crossing of class and sexual boundaries, sexual freedom, the overthrow of decorum, and urban corruption. Authorities clearly saw it as a profound challenge to social order and persistently sought to suppress it.

The book is in two parts. In the first, the author recreates the historical phenomenon of the English masquerade: the makeup of the crowds, the symbolic language of costume, and the various codes of verbal exchange, gesture, and sexual behavior.

The second part analyzes contemporary literary representations of the masquerade, using novels by Richardson, Fielding, Burney, and Inchbald to show how the masquerade in fiction reflected the disruptive power it had in contemporary life. It also served as an indispensable plot-catalyst, generating the complications out of which the essential drama of the fiction emerged. An epilogue discusses the use of the masquerade as a literary device after the eighteenth century. The book contains some 40 illustrations.

Terry Castle is Associate Professor of English at Stanford University and the author of Clarissa's Ciphers: Meaning and Disruption in Richardson's Clarissa.

"A wealth of historical detail about the masquerade in 18th-century life and literature and a stimulating interpretation of what its prominence in that period reveals about the nature of identity and narrative. . . . An important contribution to literary criticism and to the history of leisure, this book will confirm Castle's place among the major influences on the most exciting current scholarship in 18th century literature and gender studies."