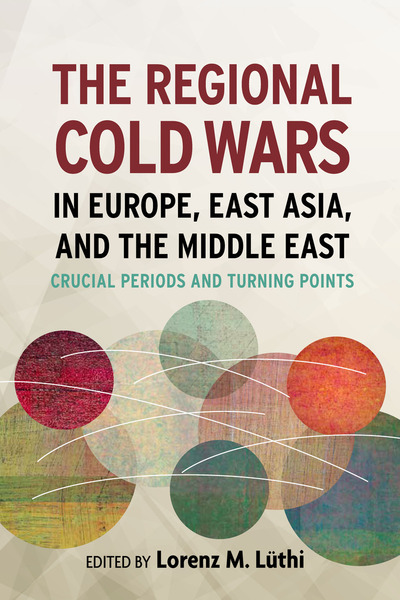 Beginning with Stalin's death in 1953 and ending with the dissolution of Soviet-U.S. antagonism in 1991, this book systematically explores the crucial turning points in the Cold War on all of its diverse fronts. The simplistic U.S. vs. Soviet analysis can obscure the fact that this war was fought by blocs of nations and in various regions around the world. Such a history lends itself to a collection of essays exploring the mutual interconnections of events in diverse regional Cold War theaters. "How do we understand the Cold War," writes the editor, Lorenz Lüthi, "if from one direction, we narrow the focus of inquiry from the superpower conflict to the level of regional struggles, and widen the focus from individual country case studies to the sub-systemic level of the Cold War?"

The volume covers Europe, East Asia, and the Middle East in the crucial periods of the Cold War. Contributions are based on documents from China, India, the Arab Middle East, Serbia, the former Soviet Union, former East Germany, former Czechoslovakia, Switzerland, the United Kingdom, and the United States, and its contributors include many of the leading scholars in international Cold War history. Their work reveals the agency of smaller powers in the development and end of the Cold War, including Third World powers Egypt, Iraq, and Vietnam.

Lorenz M. Lüthi is Associate Professor of the History of International Relations at McGill University.

"This is an outstanding edited work. The contributors are first-rate, and it brings much new information to the table."

"Lüthi merits praise for producing a volume that will encourage others to think precisely about how the trajectory of change—systemic, subsystemic, or somewhere in between—pulls in different directions. Only by attempting to put these parts together, rather than viewing them as singular, isolated events, can we understand the depth, pathos, and limits of the Cold War as an historical period and as a framework of analysis."

Dietrich on Lüthi, 'A Systemic Design for a Chaotic Cold War