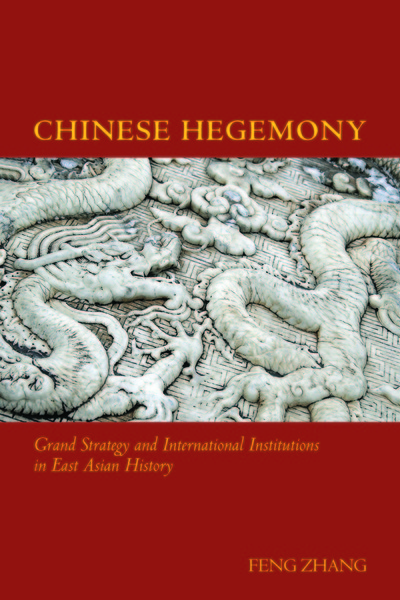 Chinese Hegemony: Grand Strategy and International Institutions in East Asian History joins a rapidly growing body of important literature that combines history and International Relations theory to create new perspectives on East Asian political and strategic behavior. The book explores the strategic and institutional dynamics of international relations in East Asian history when imperial China was the undisputed regional hegemon, focusing in depth on two central aspects of Chinese hegemony at the time: the grand strategies China and its neighbors adopted in their strategic interactions, and the international institutions they engaged in to maintain regional order—including but not limited to the tribute system.

Feng Zhang draws on both Chinese and Western intellectual traditions to develop a relational theory of grand strategy and fundamental institutions in regional relations. The theory is evaluated with three case studies of Sino-Korean, Sino-Japanese, and Sino-Mongol relations during China's early Ming dynasty—when a type of Confucian expressive strategy was an essential feature of regional relations. He then explores the policy implications of this relational model for understanding and analyzing contemporary China's rise and the changing East Asian order. The book suggests some historical lessons for understanding contemporary Chinese foreign policy and considers the possibility of a more relational and cooperative Chinese strategy in the future.

Feng Zhang is a Fellow in the Department of International Relations in the Australian National University's College of Asia and the Pacific.

"This is an ambitious book that speaks to important theoretical debates and has an empirical contribution that moves beyond the existing literature on pre-modern East Asian international relations. It will be debated and discussed at length in the field."

"Chinese Hegemony is a fascinating, well-written, carefully constructed and researched book. I am impressed by its intellectual sweep and the diverse audiences to which it should appeal."

"Ambitious and innovative, this book proposes a 'relational approach' to the study of the early Ming's foreign relations and introduces into the debate the Confucian ethics of mutual affection and obligation in inter-polity relations. This is a much-needed move in a business dominated by Eurocentric ideas, perspectives and theories...It might well galvanize historians of East Asia and lead to renewed dialogue with IR scholars in the years to come."––Yangwen Zheng, Journal of Chinese Overseas