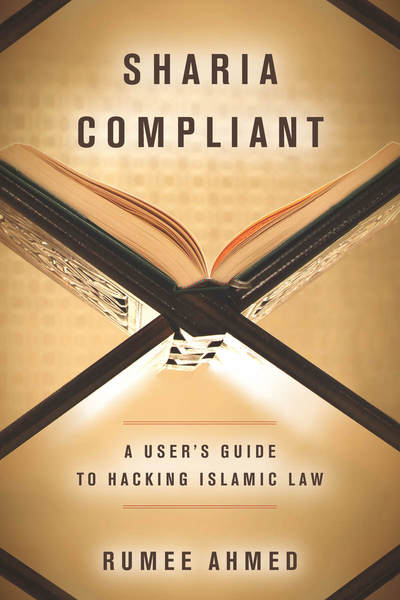 For over a thousand years, Muslim scholars worked to ensure that Islamic law was always fresh and vibrant, that it responded to the needs of an evolving Muslim community and served as a moral and spiritual compass. They did this by "hacking" Islamic law in accordance with changing times and contexts, diving into the interconnected Islamic legal tradition to recalibrate what was outdated, making some laws work better and more efficiently while leaving others undisturbed. These hacking skills made Islamic law both flexible and relevant so that it could meet the needs of a community with changing values while remaining true to its ancient roots. Today, the hacking process has stalled in the face of unprecedented structural challenges, and Islamic law has stagnated.

This book is designed to revitalize the hacking tradition by getting readers involved in the process. It walks them through the ins and outs of Islamic legal change, vividly describing how Muslim scholars have met new and evolving challenges on topics as diverse as abolition, democracy, finance, gender, human rights, sexuality, and more. And it provides step-by-step instructions for readers to hack laws for themselves, so that through their engagement and creativity, they can help Islamic law regain its intrinsic vitality and resume its role as a forward-looking source for good in the world.

Rumee Ahmed is Associate Professor of Islamic Law and Associate Dean of the Faculty of Arts at the University of British Columbia.

"In this original and thought-provoking book, Rumee Ahmed shows how law and practice can interact to shape as well as reflect a community's collective wisdom. He tackles with authority a highly complex and contested set of concepts in Islamic law, making them highly accessible."

"A superb introduction to changing and reforming Islamic law from within the tradition."

—Ziauddin Sardar, author of Mecca: The Sacred City and Editor of Critical Muslim

"This book is a must-read for believers as well as researchers—those tired of being apologists, those who have exhausted the dull repertoire of arguments that Islam is a religion of peace, and those facing an onslaught of hatred, discrimination, and misrepresentation. Rumee Ahmed honors a timeless faith, a Holy Book, a wise Prophet, and generations of enlightened acolytes who do not defend the faith as much as they uphold its very tenets."

"A creative and accessible exploration of Islamic law and tradition. I learned a lot from this book."

—Eboo Patel, Founder and President of the Interfaith Youth Core, and author of Acts of Faith and Interfaith Leadership

"Nothing is trickier than convincing believers that religious law evolves—and that they should try to shape its evolution. Sharia Compliant takes on this task with verve and optimism...by busting myths and urging development the book makes a meaningful contribution to contemporary Islamic thought and politics."

—Noah R. Feldman, Harvard Law School and author of The Fall and Rise of the Islamic State

"In this superbly written work, Rumee Ahmed skillfully turns complex notions into accessible ideas. He shows the reader how to independently connect classical Islamic law with the challenges of contemporary life, using real-life examples. This book is for the scholar, activist, and lay person alike. It achieves the difficult task of democratizing the production of Islamic legal knowledge today by making it possible for all to participate in its creation. A considerable and much-needed feat!"

—Marwa Sharafeldin, Musawah: Global Movement for Equality and Justice in the Muslim Family

"In a book aimed mainly at fellow Muslims, Ahmed (Univ. of British Columbia, Canada) suggests that more efficient solutions can recapture the ability of Islamic law to adapt to contemporary needs. He speaks of patching (accommodating) and hacking (revising) as vehicles through which temporary and long-lasting applications can be made to a variety of domestic, commercial, and criminal proceedings....Recommended."

"Ahmed's in-depth book demonstrates how flexible Islamic law can be as it evolves to tackle the issues of 21st century life and will appeal to lay readers interested in the textual origins of popularly held beliefs about the Koran."

"Rumee offers us hope that change is not only feasible in Islamic law but is integral to it, as that is how it has survived through centuries of Muslim communities in all times, places and context....I am grateful for his book."

"Rumee Ahmed has provided a spirited, accessible (and no doubt in some corners controversial) handbook for harmonizing proposed ethical and moral components in the Islamic tradition. The book should be required reading for those who want to understand how modern thinkers in Islamic law grapple with legitimacy, tradition, and a changing world."